No nation free from the scourge of gender-based violence. One out of three American women and one in two Canadian women will be physically, sexually, or otherwise abused during her lifetime.

Gender-based violence takes many forms and is rarely limited to a single category. Abuse may be physical, sexual, or emotional; it may take place in the home or outside; and in some situations, gender-based violence may be considered socially acceptable to some. Too many believe that gender-based violence happens to “other” people, yet the impacts of gender-based violence transcend economic, ethnic, geographic or religious lines. Violence and harassment occur in our schools, our camps, our workplaces, and our houses of worship. The Jewish community suffers the same rates of intimate partner violence as the national average.

The Mishnah teaches, “One who injures another person is liable on five counts (that is, responsible for paying for five factors): for the injury itself, for pain, for healing, for loss of time, and for embarrassment” (Bava Kamma 8:1). This multidimensional understanding of personal injury addresses the insidious and pervasive nature of physical and sexual violence, and the way that these displays of violence have repercussions far greater than the act itself. 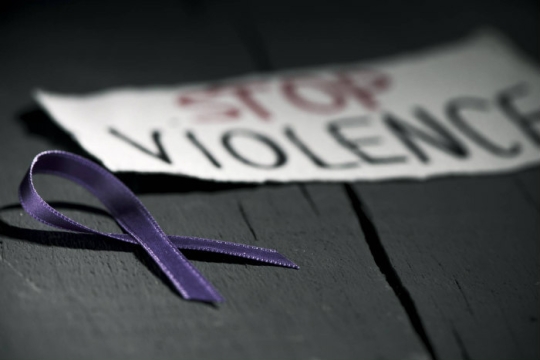 As intimate partner violence rates surge, the Senate still refuses to pass a reauthorization of the Violence Against Women Act (VAWA), which has been in limbo for more than a year.

“The Department of Education’s proposed changes to Title IX under the pretense of ‘restoring due process’ is likely to return schools to a time when rape, assault, and harassment were swept under the rug."
Women's Rights
Image

"Our Jewish tradition’s moral obligation to prevent individuals from experiencing violence is clear and inspires our support for Title IX and other efforts to prevent and respond to sexual violence in educational institutions."