About the Religious Action Center of Reform Judaism

For more than six decades, the Religious Action Center of Reform Judaism (the RAC) has worked to educate, inspire, and mobilize the Reform Jewish Movement to advocate for social justice.

For more than six decades, the Religious Action Center of Reform Judaism (the RAC) has worked to educate, inspire, and mobilize the Reform Jewish community to advocate for social justice. We mobilize around federal, state, provincial, and local legislation on more than 70 pressing socioeconomic issues, including gun violence prevention, immigration, reproductive rights, and criminal justice reform.

As a joint instrumentality of the Union for Reform Judaism and the Central Conference of American Rabbis, we represent the values of the largest and most diverse Jewish Movement in North America to governments at all levels. As part of a 501(c)3 nonprofit organization, our work is nonpartisan.

The RAC's work is mandated by the Union for Reform Judaism (URJ), whose nearly 850 congregations across North America include approximately 1.8 million Reform Jews, and the Central Conference of American Rabbis (CCAR), whose membership includes more than 2,000 Reform rabbis. Representatives of these two organizations, as well as the URJ’s affiliates, comprise the Commission on Social Action of Reform Judaism, which governs our policy positions.

Our vision is of a world overflowing with wholeness, justice, and compassion. To realize this vision, we are dedicated to working across lines of difference to organize and advocate for social change that alienates systemic injustices, especially those that primarily impact marginalized communities, like mass incarceration, the criminalization of asylum, and the denial of access to reproductive care.

We will accomplish this by building strong networks of empowered leaders, trained and equipped to pursue change at the congregational, communal, local, state provincial, and federal levels. The Reform Jewish Movement is strongest when we – as clergy, teens, lay leaders, parents, individuals, and communities – work together and the RAC is here to help make this happen.

The Commission on Social Action (CSA) functions as a deliberative, policy-development and leadership body, bringing the vision of Reform Judaism to issues of social justice. The CSA provides governance for itself and the Religious Action Center (RAC).

The CSA is involved with social justice education, programming, advocacy, and leadership development within the congregations and affiliates of the Reform Movement. Its members engage congregations and constituencies to advocate at the federal, state, provincial, and local levels for the positions which the CSA and/or the URJ and the CCAR have adopted. The goal of this work is to empower the Reform Movement to realize its social justice agenda.

Learn more about the RAC and its history. 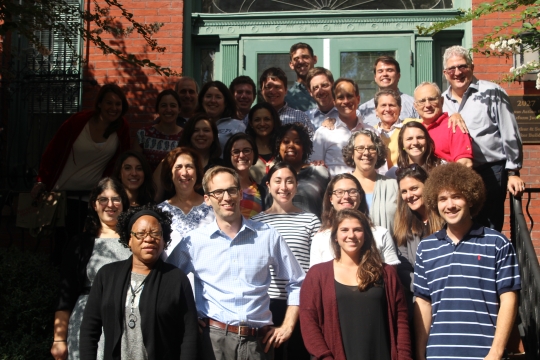