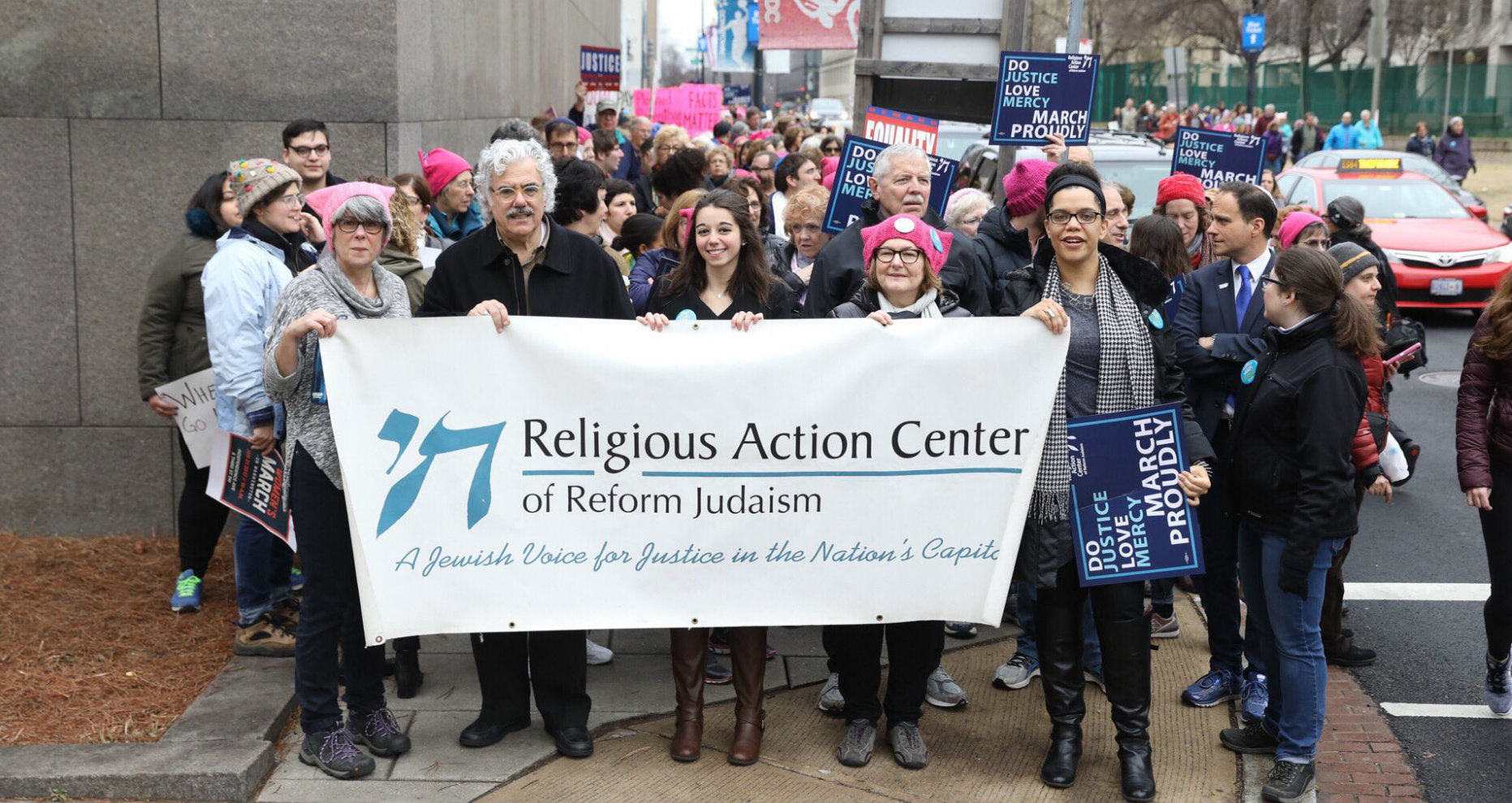 Background on the issue:

On February 22, 2017, the Trump administration rescinded 2016 federal guidelines instructing public schools to create inclusive environments for transgender and gender non-conforming students, including ensuring access to restrooms and other facilities based on each student’s gender identity. Reform Movement leaders from the RAC, Union for Reform Judaism and Central Conference of American Rabbis condemned the rollback of these key protections, calling it a “serious step backward in the effort to protect transgender youth—and, more broadly, in the march toward equal civil rights for all Americans.” Read the full statement here.

We are guided by the very basic belief that all human beings are created b’tzelem Elohim (in the Divine image), as it says in Genesis 1:27, "And God created humans in God’s own image, in the image of God, God created them; male and female God created them." Rabbi Jonah Pesner, Director of the Religious Action Center of Reform Judaism, said in an interview with Fox News, "As it says in Genesis, all humans were created in the image of God. And that means that every person, every soul, is a creature of God that looks like God, whether they are transgender or lesbian or gay, and so we welcome all of them."

We are taught that each person is created b’tzelem Elohim, in the Divine image. Our 2015 Resolution on the Rights of Transgender and Gender Non-Conforming People elaborates on this idea: “From this bedrock principle stems our commitment to defend any individual from the discrimination that arises from ignorance, fear, insensitivity, or hatred.” Transgender and gender non-conforming individuals are our siblings, our parents, our congregants, our friends, our neighbors and our leaders. It is their right to have a safe and successful education.

As part of the RAC’s efforts to respond to the Urgency of Now, we are calling on Reform Jews to join us in a sacred covenant to create the world we want. We are deeply engaged in a campaign to stand with transgender and gender non-conforming people to demand that welcoming and inclusive policies are in place in our schools, states, and our country. In coalition with local LGBTQ organizations, we are engaging in advocacy, educatoin and civic engagement amd looking to leaders all over the country to drive this effort.