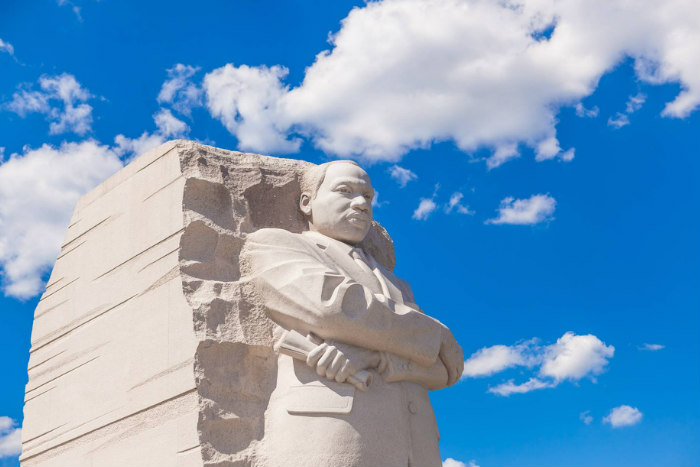 Each year, U.S. Jews, like other Americans, mark Martin Luther King, Jr. Day by remembering him as a powerful voice against racism and for civil rights. But, for Jews, Dr. King was also something else: a uniquely important ally in the fight against antisemitism and for a secure Israel.

Today, Dr. King’s close bond with the Jewish community is treated only as a small footnote of his life and work. But, toward the end of his life, Dr. King devoted significant time and energy to strengthening what were becoming increasingly strained ties between Black Americans and U.S. Jews. One issue Dr. King was particularly concerned with was the growing mischaracterization of Zionism as racism.

Dr. King spoke and wrote often about Israel. However, the true depth of Dr. King’s commitment to Israel was readily apparent in a September, 1967 letter he sent to Adolph Held, then president of the organization I now lead, the Jewish Labor Committee. Dr. King wrote Held after the Jewish leader contacted him regarding press accounts of a conference that Dr. King’s Southern Christian Leadership Conference participated in. At the meeting, strongly worded resolutions blasting Zionism and embracing the position of the Arab powers had been considered.

Understanding Held’s worries, Dr. King explained that, beyond offering opening remarks, he had no part in the conference. But, Dr. King said, had he been present during the discussion of the resolutions “I would have made it crystal clear that I could not have supported any resolution calling for Black separatism or calling for a condemnation of Israel and an unqualified endorsement of the policy of the Arab powers.”

“Israel’s right to exist as a state is incontestable,” Dr. King wrote. He then added, almost prophetically, “At the same time the great powers have the obligation to recognize that the Arab world is in a state of imposed poverty and backwardness that must threaten peace and harmony.”

Referring to the stake U.S. oil companies have in the Middle East, Dr. King went on to note that “some Arab feudal rulers are no less concerned for oil wealth and neglect the plight of their own peoples. The solution will have to be found in statesmanship by Israel and progressive Arab forces who in concert with the great powers recognize fair and peaceful solutions are the concern of all humanity and must be found.”

Were Dr. King’s comments to Held intended only to soothe a miffed supporter? Hardly. In a March 25, 1968, speech to the Rabbinical Assembly, Dr. King said: “peace for Israel means security, and we must stand with all our might to protect its right to exist, its territorial integrity. I see Israel as one of the great outposts of democracy in the world, and a marvelous example of what can be done, how desert land can be transformed into an oasis of brotherhood and democracy. Peace for Israel means security and that security must be a reality.” Less than two weeks later, on April 4, Dr. King was murdered while organizing support for striking sanitation workers in Memphis, TN.

We can only speculate how, had he lived, Dr. King might have helped Jewish and Black communities foster better understanding of one another’s lived experiences and commonalities and fight collectively for liberation. What we do know is that Dr. King’s vision of a secure Israel and a peaceful Middle East is as relevant today as it was in the 1960s.We know something else, too: that it’s up to each of us to help make it a reality.