Abortion: Still essential during this pandemic 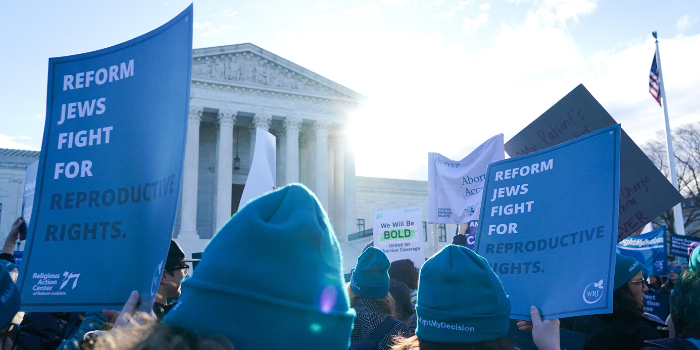 Update: On March 30, federal judges in Alabama, Ohio, and Texas temporarily blocked each state's abortion bans. On March 31, the Fifth Circuit Court of Appeals issued a stay on the ruling in Texas, allowing Texas' abortion ban to go back into effect. We urge each governor to rescind their state's abortion bans and ensure this form of health care remains accessible.

On March 22, Texas Gov. Greg Abbott issued an executive order prohibiting “non-essential” medical procedures for 30 days. State Attorney General Ken Paxton clarified the next day that the order would include a ban on nearly all abortions.*

Dozens of states have delayed non-urgent procedures since the start of the COVID-19 outbreak to conserve equipment and safeguard medical personnel during this crisis. While we support these difficult but necessary steps to preserve public health, the abortion ban in Gov. Abbot’s order doesn’t protect Texans – it hurts them. Abortion is safe, urgent, and essential health care.

Prohibiting abortion, or attempting to delay it for a number of weeks, can increase the risk and cost of what is otherwise a very safe procedure, according to the American College of Obstetricians and Gynecologists. A temporary ban on abortion is particularly harmful in a state like Texas, where state-mandated waiting periods, strict gestational limits, and mandatory parental consent or judicial bypass for minors already impede access to care.

Pregnant people are already in a precarious situation during this public health crisis. Even under normal circumstances, pregnancy can bring physical, emotional, and financial challenges. Amid the excitement of welcoming a new life into the world, expecting parents must navigate childbirth, parental leave, and childcare. Being pregnant during a global pandemic adds an entirely new layer of risk and anxiety. For those carrying planned pregnancies to term, prenatal appointments might require leaving home multiple times as due dates draw nearer. News reports are warning that pregnant individuals may have to labor without their partner or other support systems as “the coronavirus threatens an already strained maternal health system.”

Sexual violence also tends to rise during periods of quarantine and lockdown and domestic and sexual violence hotlines have reported an increase in calls over the last two weeks. This means that thousands of people sheltering in place with abusers may find themselves pregnant against their will. Forcing someone who doesn’t want to be pregnant to continue the pregnancy is cruel under any circumstance and does nothing to improve public health during the current crisis.

In the midst of a global pandemic, with uncertainty and large-scale economic insecurity looming, the last thing state officials should be doing is withholding reproductive health care from patients who need it. Politicians and state officials must listen to experts in the medical and science communities and focus on ensuring that everyone has the health care access they need.

Being pregnant during a pandemic should never lead to a delay in care.

If you live in Texas, consider taking a few minutes to call Gov. Abbott and urge him to ensure that abortion remains accessible during this time.