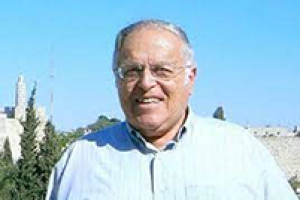 Hank and his family made aliyah to Israel in 1971, where he served as director of Youth Programs for the Reform Judaism Movement and chair of the Department of Education and Culture of the World Zionist Organization. He also served as national president of the Association of Americans and Canadians in Israel and was the chair of the board of Interns for Peace.

Paul Reichenbach (he/him), former director of the Union for Reform Judaism said, "He was a gift in our lives and the lives of so many. I became deeply connected to Hank at Kutz Camp in the summers of 1969 and 1970 and at the Biennial in Miami in November of 1969. Hank Skirball modeled creative and compassionate engagement [with] young people. [He was] filled with inspiration, kindness and warmth."

Even before he moved to Israel, Hank was deeply involved with the Reform Jewish Youth Movement, NFTY.

Rabbi David Saperstein (he/him), former director of the Religious Action Center and former president of the World Union for Progressive Judaism, recalled, "I was the youngest participant on the first NFTY Mitzvah Corps in 1963. At the time, Sam Cook was still the head of NFTY, but Hank provided creative energy while overseeing the project from New York. His kindness and supportiveness in a couple of one-on-one meetings was the encouragement I needed to feel I could make it with the older participants. My encounters with Hank in Israel over the years was always a highlight of our visits."

Rabbi Lennard Thal (he/him), senior vice president emeritus of the Union for Reform Judaism, added "Hank Skirball was beloved by NFTY alumni, NFTY staff, and his senior staff colleagues at the URJ. When I was a first-year rabbinic student in 1967-1968, I began a three-year stint as the Southern California Federation of Temple Youth (the Southern California NFTY group)  advisor and saw for myself what a consummate mensch and leader Hank was. He led by demonstrating great respect for the members of the team, listening carefully and applying his obvious intelligence to everything he did."

Rabbi Skirball's work will echo through the generations. We send our condolences to his wife, daughters, and grandchildren. May his memory be a blessing.