We made a high school yearbook of every student killed by a gun in 2018
June 6, 2019Callie Newberg and Miriam Saletan
Image 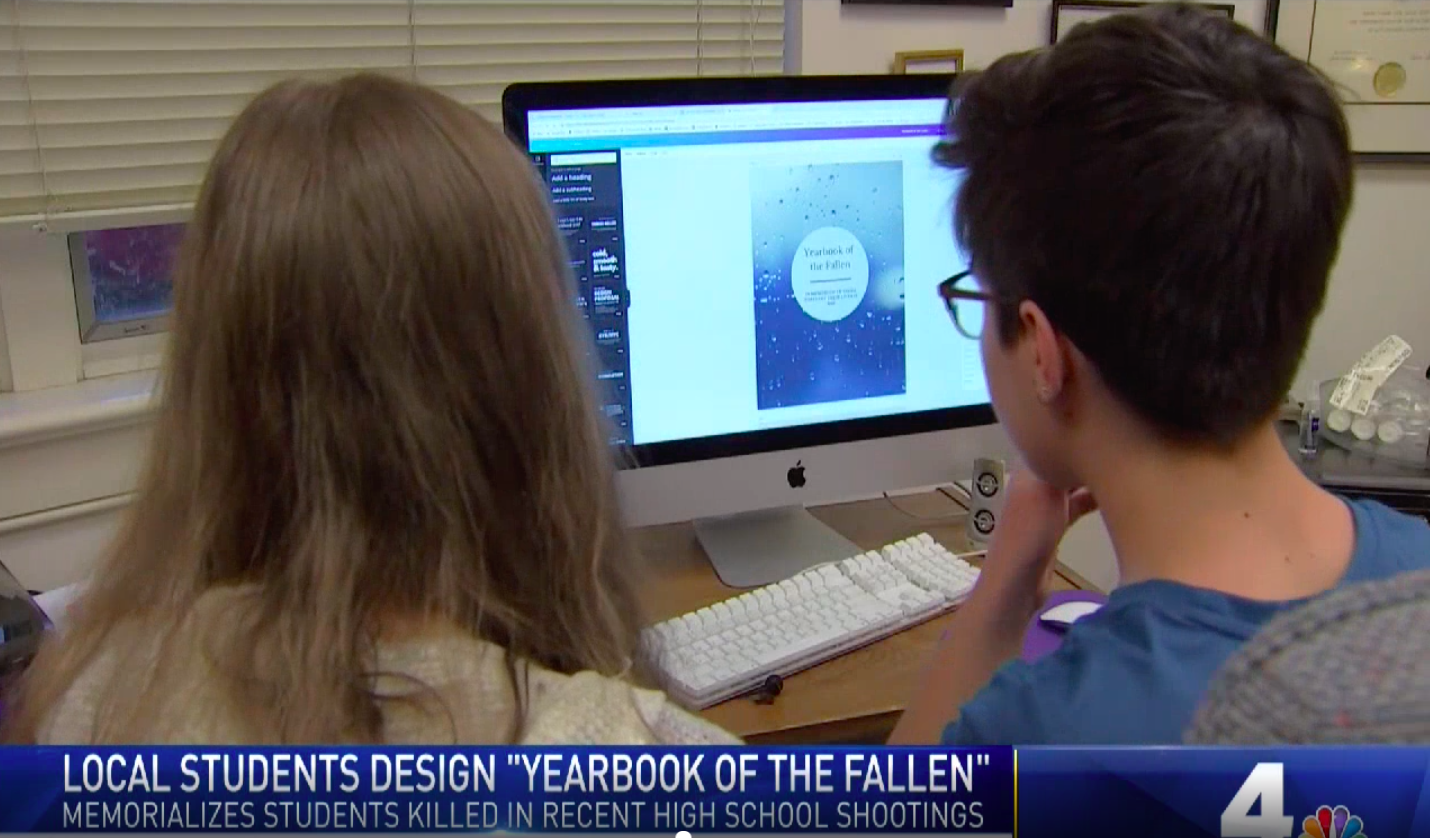 As their confirmation class project, the 10th graders at Temple Emanuel in Kensington, MD created a “yearbook of the fallen” to commemorate the high school victims of gun violence killed in 2018. The confirmation class sent the book to all 535 members of Congress and traveled to Washington to speak to representatives about it. Callie Newberg and Miriam Saletan reflect on their experience below.

We chose to address gun violence at our synagogue, an explicitly Jewish space, because of our Jewish value to “not stand idly by the blood of your neighbor (Leviticus 19:16) and to rebuke injustice that we as Jews see in the world. On average, 100 American citizens are shot and killed by guns every day, with hundreds more wounded. It is our duty as both Jews and human beings to make a stand for those who cannot because they have fallen victim to gun violence. If we do not stand up, then who will? Hillel’s quote confirms we cannot wait idly by while injustices occur. We must stand while we still can. Because if not now, then when? We acted by creating The Yearbook Of the Fallen.

On Friday, May 17, we brought the yearbook to the House office building in D.C. and visited as many offices as possible, getting mixed reactions from the staff of different representatives. We split up into smaller groups and entered offices, introducing ourselves and providing a short explanation of our project and its purpose. We found that the staff for many of the liberal representatives were aware of the project and had seen the book and read through it. One woman told us that the representative she works for was proudly displaying it in his office, which was great to hear. In contrast, we found the vast majority of conservative offices had not seen our yearbook. We explained that it should have come in the mail and the staff expressed differing levels of interest, which was understandable. However, some of us were concerned that whoever sorted the office’s mail had decided the yearbook wasn’t important and thrown it out.

When we met Rep. Jamie Raskin, he praised us for the work we had done and expressed admiration for us pursuing social justice at such a young age. The meeting was short, but it felt awesome to have the representative from our district supporting us 100 percent.

At our meeting with Senate Majority Leader Mitch McConnell’s office, the staff was fully aware of our project and they were super respectful and involved in our discussion. We talked about gun violence and how it affects us in school and the meeting was more productive than we expected.

Unfortunately, our meeting with Sen. Thom Tillis’ staff did not go as well. His two staff members didn’t know much about the yearbook and didn’t express a lot of interest in what we had to say. We couldn’t find as much common ground with them as we could with Senator McConnell’s staff, which made the discussion a bit awkward.

Overall, the positive reactions outweighed the negative. People were surprised to see us, a group of teenagers, doing something so big, and that made us feel great. We hope that this project and the work we did stays in people’s minds and inspires them to do something like this in their synagogues and communities.

Inspired by the 10th graders at Temple Emanuel? Get more involved in the Reform Movement’s Gun Violence Prevention Campaign. Check out our resources and learn more at rac.org/gvp.