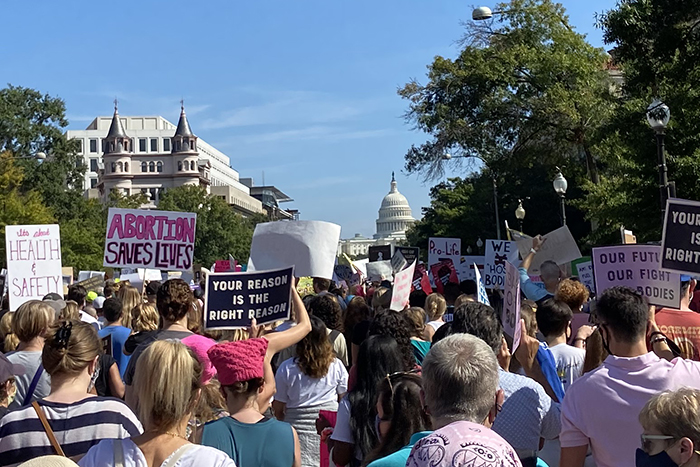 Each week, as I light the Shabbat candles, I whisper a silent prayer. Often the prayer is for the health and safety of my family and friends – particularly my three granddaughters. Recently, however, my prayers have been more universal. I pray for the people who find themselves facing the difficult prospect of ending a pregnancy and, living in Texas, are unable to do so. Since our legislature passed SB 8, which makes ending a pregnancy after 6 weeks unlawful and provides financial incentives for those who report such terminations by filing suit, women in Texas have been faced with incredibly hard choices. I am hopeful that after today’s Supreme Court hearing on the law, it will be struck down.

The sheer hypocrisy of SB 8 is astounding. Our Texas legislators, seemingly so concerned about the life of an unborn child, have failed time and time again to expand Medicaid for our low-income families and their children. They refuse to mandate public health and safety measures which would protect all Texans, and indeed put stumbling blocks in front of those who would do so.

As a Jewish woman who strongly believes in protecting our nation’s democratic values, using as the basis of my belief that we are all created b’tzelem Elohimb'tzelem Elohimבְּצֶלֶם אֱלֹהִיםLiterally "in the image of God;" the concept—from Genesis 1:27: “God created humankind in God’s image”—that because all humanity is created in the image of God, each person is equally valued.  – in the image of God, I have long looked for a way to make a difference in my own community. I believe that we have a responsibility to care for the sick, the poor and those who are less fortunate, and that we are commanded to respect the dignity of everyone – kavod ha’briyot - and the sanctity of all life. I have finally found my place to make a difference in my work with RAC-TX.

RAC-TX works for the rights of all Texans, using these same values mentioned above as our guiding principles. In February 2021, over 200 volunteers representing 16 congregations in Texas began work on our Democracy Protection Campaign. Over the last several months, our passionate and dedicated volunteers have made countless phone calls, sent emails and texts, attended marches and rallies, and given virtual testimony at our state capitol. While we were not successful in stopping laws which we believe to be harmful, we made a difference by letting legislators know that RAC-TX, representing Reform Jews across the state, intends to make our voices heard on these important issues, and that we won’t give up.

How does our Democracy Protection Campaign relate to the state of abortion in Texas? Our RAC-TX volunteers are determined to work to ensure that all people have equal rights and are treated with respect. SB 8 disproportionally effects our poorer citizens and particularly our Black and Brown citizens. If a woman has financial resources, she can travel to a nearby state to have the procedure. However, the law creates nearly insurmountable obstacles for certain populations, including low-income women, teenagers, People of Color and undocumented immigrants. The law passed by our legislature does not take into consideration rape, incest, or the health of the mother or baby. What will those individuals do?

We believe that all roads lead back to fair elections. The gerrymandered maps passed by Texas legislature and signed by our Governor are clearly planned to break up communities of color and deny those communities what we consider basic rights – the ability to vote for an elected official who represents your community. Until we create an environment where every person’s vote counts equally, laws like SB 8, and others that disproportionally effect underrepresented minorities, will continue to be passed by our legislature.

As the Chair of RAC-TX, I applaud our volunteers who continue to do this work. And so, this week, when I light my candles and whisper my prayer, I will include those individuals who stand by our Jewish values, who continue to raise their voices to make a difference in Texas and across the nation. 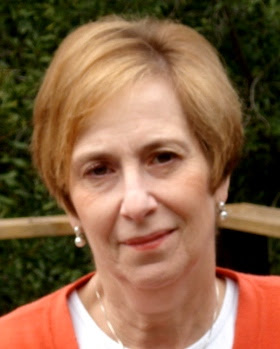 fredi Bleeker Franks serves as the Chair of RAC-TX. She belongs to Congregation Emanu El in Houston, TX where she volunteers on the congregation’s Social Justice Core Team and is the congregation’s Education VP. She is the e-news coordinator for WRJ Today, and was a long-time board member of the Women of Reform Judaism. She is currently a member of the Committee on Social Action and the URJ North American Board. In addition to those volunteer activities, fredi is a volunteer/docent at the Holocaust Museum Houston. She lives in Houston with her husband Paul and their pandemic puppy Tillman.