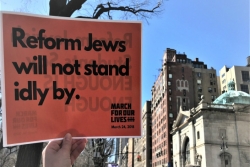 Is your congregation or community ready to organize around addressing gun violence? Here's how. 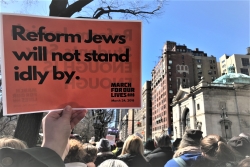 By
Logan Gerber and Sammi Goldsmith

June is Gun Violence Awareness Month, a time for heightened attention to confronting the plague of gun violence that ravages our streets, schools, and houses of worship. 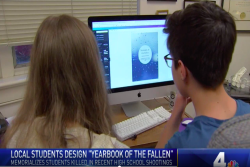 By
Callie Newberg and Miriam Saletan

As their confirmation class project, the 10th graders at Temple Emanuel in Kensington, MD created a “yearbook of the fallen” to commemorate the high school victims of gun violence killed in 2018. 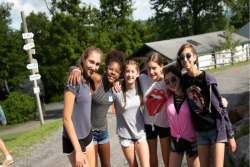 While your youth may physically leave the building during the summer, the sense of community you’ve built all year long will stay with them as they venture across the globe. Here are some suggestions for how to stay connected this summer.

"In this time of economic upheaval and military challenges, the pursuit of justice is more urgent than ever."

Anti-Semitism is itself an ancient phenomenon and a remarkably resilient form of hate. In its most terrible manifestation, anti-Semitism led to the Shoah and the murder of 6 million Jews. In the aftermath of this genocidal tragedy, the world said “never again.” Yet despite this pledge, we now see acts of anti-Jewish hatred on the rise. 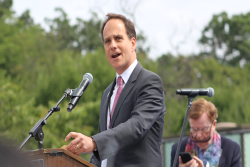 The Book of Numbers tells us
that God told the Children of Israel
to “take a census of the whole community,
every family according to its ancestral household,
listing every single name…” 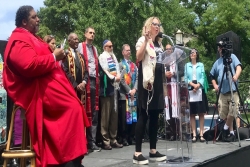 In the Book of Jeremiah we read:
“A cry is heard in Ramah —
Wailing, bitter weeping.
Rachel weeping for her children.
She refuses to be comforted for her children, for they are no longer.” 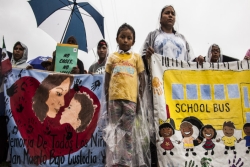 Learn what one rabbi said at a civil disobedience event to protest child detention that was attended by more than 350 faith leaders in Washington, D.C. on June 12, 2019.

Saperstein: "The number of Americans in need is expanding, and so must our compassion, creativity, and collective will to help them through this trying time."