Resources in Response to the Orlando Shooting 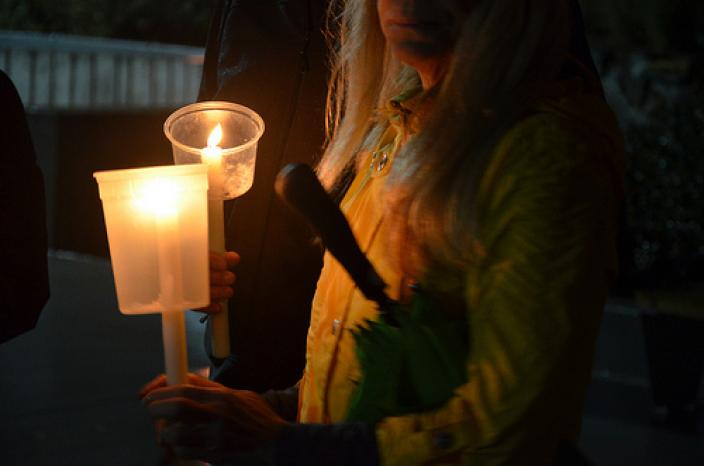 On June 12, the largest and deadliest mass shooting in American history occurred at Pulse, a gay nightclub in Orlando, Florida. This staggering loss of life causes us deep pain. We pray for those who were murdered, for healing of the body and soul for the injured and for comfort to the families of all who were present in Pulse nightclub.

In light of this tragedy, consider incorporating these prayers into your Shabbat service in your congregation or home.

This resource, created after the Sandy Hook elementary shooting in 2012, contains text studies, educational materials and ways to take action in response to gun violence.

As we continue to mourn the lives of those murdered, it is our collective responsibility to advance sensible gun-laws aimed at curbing future violence.

Many guns that have been used in recent mass shootings, including one of the guns used in the Orlando attack, are military-style assault weapons that are designed to enable the shooting of mass numbers of bullets quickly and efficiently without reloading. When an assault weapon or a high-capacity magazine is used in a shooting, the number of victims who are killed, increases by 63%. The Assault Weapons Ban of 2015 (H.R. 4269), would prohibit the sale, transfer, production and importation of 157 of the most commonly-owned military-style assault weapons.

Click here to urge your Members of Congress to reinstate the Assault Weapons Ban.

Though the Orlando gunman bought his gun legally and there remains much to be done to make guns less accessible to those who seek to do harm, a key step is to close loopholes in the background check system for people purchasing guns. Mass shootings generally happen more frequently in states that do not require background checks for all gun sales, which means felons and other prohibited people there can evade background checks and obtain guns in unlicensed sales. One Everytown for Gun Safety analysis shows that in states that require background checks for all handgun sales, including guns offered in unlicensed sales online and at gun shows, there are 52 percent fewer mass shootings.

Click here to urge your Members of Congress to prevent gun violence by improving our background check system.