The Poor People's Campaign: A National Call for Moral Revival 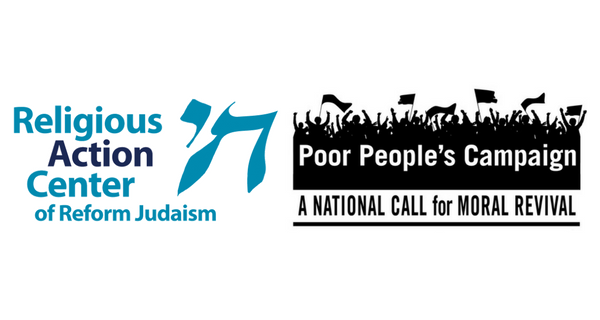 Rise Up with the Poor People’s Campaign: Prioritize Poor People Amidst COVID-19 and the Election Year

Amid the tumult of the Civil Rights Movement in the 1960s, Rev. Dr. Martin Luther King Jr. was creating another movement. Led by Rev. Dr. King, a coalition of civil rights leaders built a broad movement to unite the poor and directly impacted communities across the country to meet with their government officials to demands jobs, unemployment insurance, a fair minimum wage, and education for poor adults and children designed to improve their self-image and self-esteem. Thus, the Poor People’s Campaign was born. In 2017, Reverend Dr. William J. Barber II and Rev. Dr. Liz Theoharis picked up the unfinished work of the original campaign with the Poor People’s Campaign: A National Call for Moral Revival. This coming June, you can join the campaign as they bring together the largest digital and social media gathering of poor people, moral and religious leaders, and advocates.

As Reform Jews, we joined this fight in the beginning, declaring in no uncertain terms Hineini, we are here to stand with this movement. Throughout Jewish scripture, we are taught to help the poor. We learn “You shall open your hand wide to your kin, to your poor and your needy, in your land.” (Deuteronomy 15:7-11) and that, “if your sibling becomes poor and their means fail them with you, then you shall strengthen them” (Leviticus 25:35). This campaign, however, goes beyond that, it asks us to not only open our hearts, but to take up the fight against poverty. We know that helping people in need, tzedakah, is not simply a matter of charity. As Jews we are called to "speak up, judge righteously, champion the poor and the needy" (Proverbs 31:9). This year, we are embodying these values by supporting the Poor People’s Campaign (PPC) We Must Do M.O.R.E. Tour, a 9-month-long campaign to mobilize, organize, register, and educate potential voters that aligns with our renewed commitment to get out the vote with Every Voice, Every Vote: The Reform Movement's 2020 Civic Engagement Campaign.

The urgency to act could not be more pronounced given the current crisis presented by COVID-19. In our advocacy, we have continuously called for the response to this pandemic to put those most vulnerable in our society at the center, including those living in poverty. It is important to raise our voices in the public square for a just response to the pandemic that prioritizes those living in poverty. We can do that by standing with the Poor People’s Campaign in June and by using our voice at the ballot box come November.

Here’s how you can get involved and support this movement: 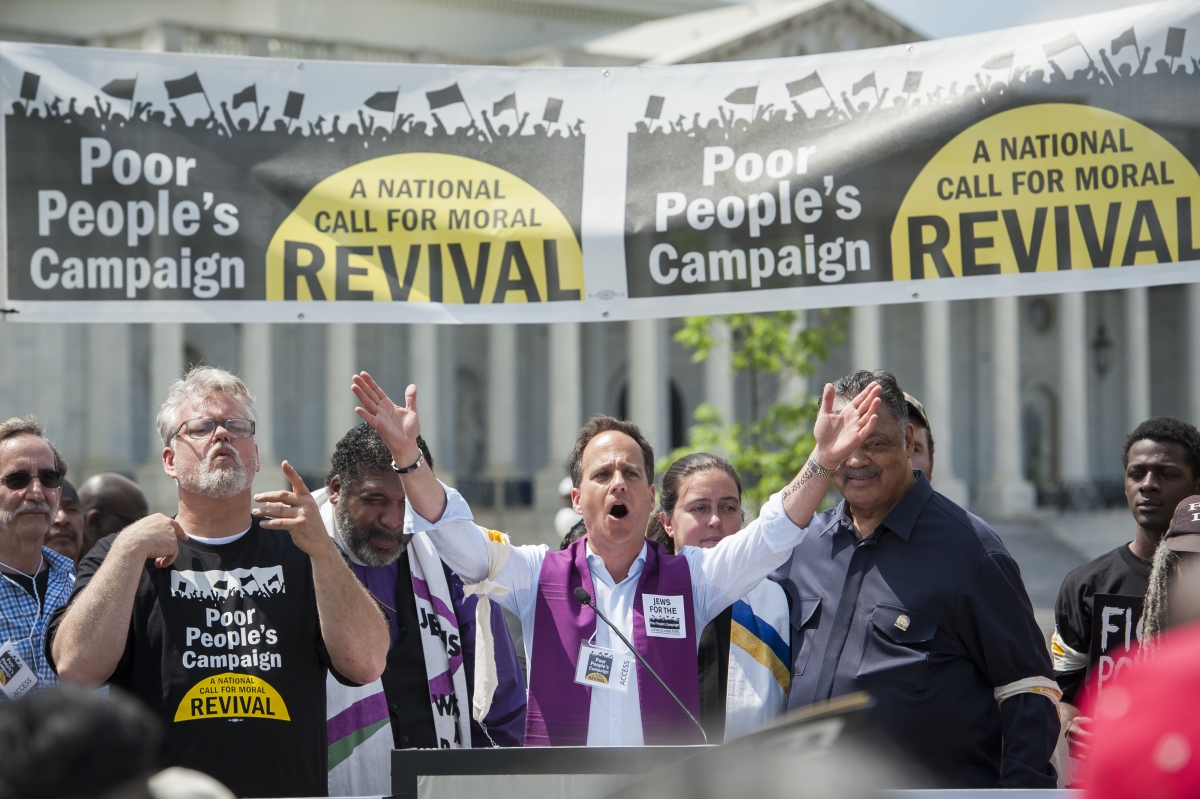 In their own words: Hear from PPC participants across the country

Building Our World From Love at the Poor People's Campaign
Jul 09, 2018|Rachel Dovek

"If your neighbor becomes poor, then you shall strengthen him"
Jun 14, 2018|Rabbi Lucy Dinner

Everybody's Got the Right to Live
Jun 12, 2018|Rabbi Joshua Caruso

Poverty, Violence, and the Torah
May 29, 2018|Rabbi Rachel Timoner