The Four Questions: A Racial Justice Conversation for Your Passover Seder 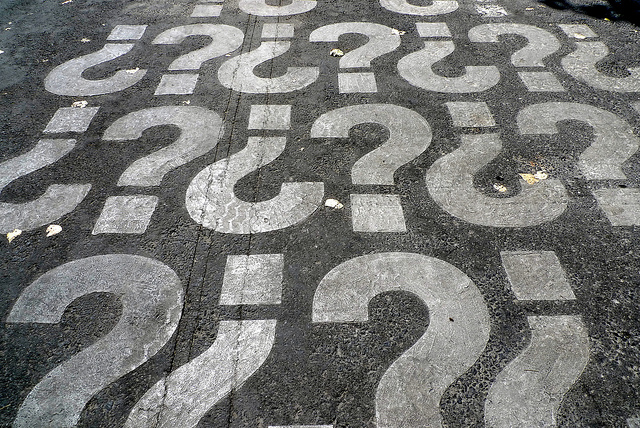 As we celebrate the Jewish people’s biblical redemption from oppression, we feel the pain of those not yet redeemed.

At seder tables, we ask four questions to remind ourselves of our purpose. This year, we ask you to add four more questions to connect our ancient rituals to the demands of this moment in the struggle for racial justice.

Faith leaders in conversation with each other have offered their own answers to these Four Questions on racial justice, compiled by the Religious Action Center of Reform Judaism. We invite you to read their responses, discuss them at your seder table, and answer the questions yourself. As it has done time and again in our history, may empathetic curiosity lead us to greater awareness, deeper understanding and redemptive action.

Question 1: We eat matzahmatzahמַצָּהUnleavened bread eaten during the seder that symbolizes the hurried departure of the Israelites from Egypt. Eating matzah is obligatory only at the seder. During the rest of Pesach, one may abstain from matzah as long as all chametz is avoided; plural: matzot as a symbol of the urgency of redemption. The Israelites did not have time to wait for their bread to rise; the moment to act was upon them. What is the urgency in addressing the United States’ struggle with racial injustice?

When God says it is time to move toward freedom we must be prepared for prompt action. This is what the matzah represents, the urgency of God moments.

Scripture reveals God’s greater plan for Israel. Bondage was not their destiny.

The matzah reminds us that we must always be ready to move swiftly toward freedom and we must trust God enough to move with only what is essential. Leaven is a luxury of the oppressor. Time is the privilege of those in power. Liberation is an act of God and God moves in moments.

This same sense of urgency is on the streets of Ferguson. It has always been known that a people cannot be oppressed forever. The challenge is to be prepared to move with urgency into God’s moment of liberation.

If we are not prepared to move, urgently, tomorrow may be too late.

We baked our bread in haste. If we waited we might not go. Our eyes were opened, and we saw the suffering as Moses did when he turned and God called. We could no longer turn away from the lives lost every day, every night, to state sanctioned brutality, from the despair of no future. The cries of the mothers pushed us to know that the time is now to demand justice and accountability, to eat the bread with no ego, to leave room for humility and to never do to others what was done to us. Black and Brown lives matter. Now.

Matzah is hard to make. It must be completed in 18 minutes from the time you first sprinkle water on the dough. If you take too long, it becomes hard and inedible. If you do it too quickly, it becomes mushy and still inedible. Like matzah, racial justice is an honest, straightforward, rewarding nourishment. It is as essential

to a just society as bread and water, and still hard to get right. Like baking matzah, creating racial justice is a balance between necessary heat and room to breathe. Every ingredient is necessary, and each one tells its own story. But when they come together united for a purpose the distinctions blur, unique strengths are incorporated and the whole becomes greater—nourishing for all.

Question 2: We eat marormarorמָרוֹר"Bitter;" the bitter herb or vegetable (i.e., horseradish) eaten during the seder to symbolize the bitter plight of the enslaved Israelites. to remember the bitterness of oppression. In our day the U.S. criminal justice system has become broken, disproportionately impacting people of color. How can the taste of bitter herbs inspire action to repair this broken system?

The criminal justice system, the legislative body of government, to a degree the executive branch of government, media outlets and the movie industry are all implicitly interrelated in perpetuating myths that Black people are dangerous, criminal, out of control and deserving of “the full weight of the law”. The entire system has been constructed on a foundation of sand: superiority/inferiority, manifest destiny, and Anglo- Saxon entitlement. We must gather together the broadest base of Americans who represent the fullest multicultural population of our nation. And we must build a new system where the rights, the personhood, the dignity of all may be ingrained in the laws of the land.

Mass incarceration of Black bodies in the 21st century is the most potent example of the systemic racism that persecutes Black people in the United States on a daily basis. A Black male born today has a 1 in 3 chance of going to prison. As a Black teenager, this scares me. I have three brothers; which one of them will end up in prison? So, while eating maror to remember the bitterness of oppression, remember that injustice anywhere is a threat to justice everywhere. Remember that all oppression creates a state of war.

A bitter taste is first experienced on the back of the tongue. We eat maror on this night to relive the bitterness of our own bondage in mitzrayim and remember God’s redemptive response to our cries. Tonight, let this maror wake us up to a bitter truth for too long stuck in the back of our mouths: the racism that plagues our country’s criminal justice system. May this bitter taste cause us to take action, to cry out once again. We, created in God’s image, must rebuild a system of justice constructed on a foundation of dignity.

Question 3: We dip twice to celebrate abundance. After the passage of the Voting Rights Act of 1965, we thought the ability to vote was finally abundant for all Americans. But when we look twice, we see that ability still being impeded. How are we called to act to guarantee access to this fundamental right for every citizen?

When we come to the Passover table, we’re taught to ask, “Why do we dip twice?” Isn’t it enough to tread once through the blood of the slaughtered? Can’t we rest in knowing that the Voting Rights Act was won by our ancestors? On this night, we recognize that there are people everywhere whose tears still drench their food. We dip once to remember all that has been fought for and won; we dip again to remind ourselves

to build a better world. It is not enough to recognize the tears of others; we must take real steps to build a sweeter world for them.

We dip twice. In the first, the pungent salt water overwhelms the fresh greens. In the second, the sweet charoset hides the bitter herb. We dip twice for the injustices that threaten democracy. The Voting Rights Act overturned a gaping flaw, opening the polls for African Americans and initiating liberation from the vestiges of slavery. We dip twice. For, hidden in the sweetness of liberation, covert disenfranchisement

embitters democracy. New voter laws stealthily target people of color, immigrants and seniors. We dip twice lest we forget that obligation to root out the bitter, the threat to our democracy, which overtly or covertly jeopardizes freedom.

Question 4: We recline to experience the ease of privilege. For millennia, we adopted this pose on seder night most often in contrast to Jews’ daily experience of oppression. In our own day, many Jews feel largely at ease because of their assimilation into white culture. As we recline tonight, what are the limitations and responsibilities of those of us who carry white privilege to end systemic racial injustice in our congregations, communities and country?

Tonight Jews recline to acknowledge the freedoms and prosperity we currently enjoy, far-removed from the slavery of our biblical ancestors. The Atlantic Ocean did not part to make a path to the Promised Land for formerly enslaved African Americans like my great grandparents. Instead, Egypt became our home. In this new, North American “Egypt,” great efforts were made to ensure the continued oppression of Black people.

As a predominantly white community that, collectively, has succeeded in North America, we are called to leverage our power and influence in the pursuit of racial justice. So, while the mitzvah is to recline during Passover, we must stand as allies to all people of color who are subject to institutionalized oppression and violence.

This is the agitation of the ritual: we have become a community in which most of us have the privilege of reclining anytime we want. There are exceptions of course, but for the most part, the North American Jewish community is as affluent and privileged as at any time in history.

Many of us are far removed from a direct experience of oppression. And yet many souls are crushed by the persistent plague of racism. Let reclining not make us complacent. Rather, let this symbolic action agitate us to work tirelessly to create a world in which all people, especially those who struggle because of racial injustice, can live in peace.

I am young, white, Jewish, male, born in North America. I often have the ability to “recline” in my daily life. I see but do not suffer the discrimination so many encounter because of the color of their skin. I don’t want this to be my whole story. NFTY recognizes racial justice is a crucial issue. As youth leaders we’re committed to initiating conversations that lead to significant action for ourselves and our communities. Together we’re writing the next chapter of our people’s struggle against oppression. What will your contribution be?