The Gilbert and Eleanor Kraus Initiative 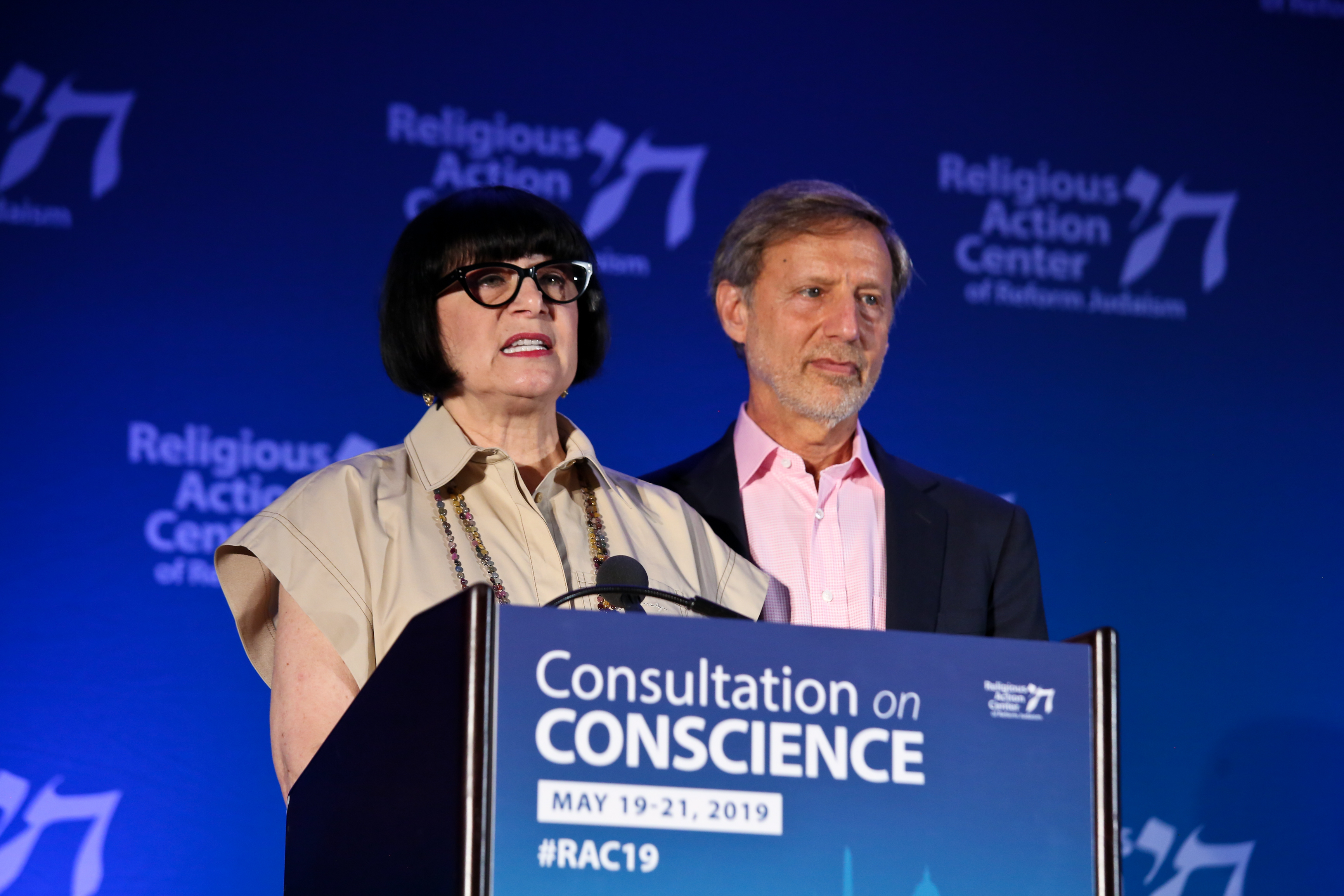 In April 2019, the Union for Reform Judaism and The Kraus Family Foundation announced the formation of the Gilbert and Eleanor Kraus Initiative for Immigrant and Refugee Justice. Eighty years ago, in 1939, the Krauses followed their consciences to Austria and Germany to rescue the largest group of unaccompanied minors brought to the United States in the lead up to World War II. Their story serves as inspiration to generations of the Kraus family and will now also provide a framework to activate and galvanize greater action across the Reform Jewish Movement amidst the current immigration and refugee crisis.

The Gilbert and Eleanor Kraus Initiative for Immigrant and Refugee Justice, funded by a multi-year gift of more than one million dollars from The Kraus Family Foundation, will:

“Gilbert and Eleanor faced unimaginable resistance as they took action just before World War II broke out. Despite risks to their own way of life they were able to do the extraordinary: save 50 Jewish children,” said Jill and Peter Kraus. “In their names, we’re reemphasizing the importance of individuals’ efforts in changing society. Today’s immigration and refugee crisis can seem overwhelming. Yet each of us can learn from their example, stand up for what is right, and take action to improve our world."

“The Gilbert and Eleanor Kraus Initiative for Immigrant and Refugee Justice utilizes the power of the URJ, representing the largest movement in Jewish life, to deepen the impact we can make supporting immigrants in achieving the safety and stability they deserve, as we work toward a world committed to justice, compassion, and peace,” said URJ President Rabbi Rick Jacobs. “The urgency of this crisis resonates throughout the Reform Movement. Guided by the Torah and our Jewish values, and inspired by the example set by the Kraus family, we are compelled to be outspoken advocates for immigrant and refugee justice."

“During this intense period of detentions, deportations, family separation, and the undermining of asylum, the Kraus Initiative will have a strong impact on advocacy around public policy, legislation, and the rights of undocumented immigrants, and providing support to help congregations promote immigrant rights in their communities,” said Paley. “The Reform Movement’s commitment to immigrant rights is driven by Jewish ethical precepts and a deep conviction that we dedicate our lives to advancing justice.”

The legacy of Gilbert and Eleanor’s incredible rescue mission to help those fleeing persecution is carried forward by their grandson Peter Kraus and his wife Jill, who co-founded The Kraus Family Foundation.

For information about financially supporting the Gilbert and Eleanor Kraus Initiative for Immigrant and Refugee Justice, contact Ilene Ausubel at IAusubel@urj.org. For questions about getting involved in the organizing or advocacy work, contact Elizabeth Leff at eleff@rac.org.