"You are not to stand by the blood of your neighbor" 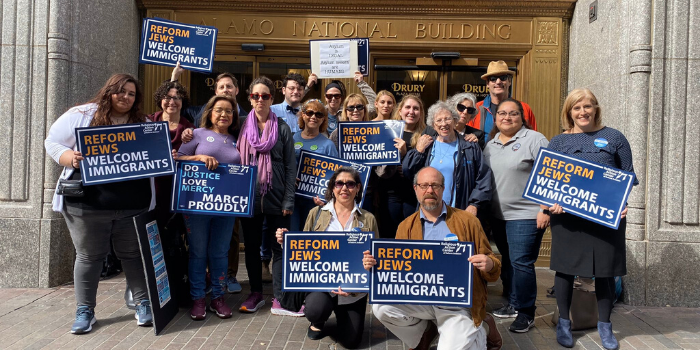 On November 19, Reform Jews met outside of an immigration court in San Antonio, Texas to protest the administration’s unjust “Remain in Mexico” policy and its attacks on immigrants and the asylum process.

Rabbi Mara S Nathan spoke in front of the court, sharing why, as Jews, it’s our duty to welcome the immigrant and stand up for injustice:

At one time or another, every one of our families came to the United states to seek a better and safer life. Sometimes immigration laws were in their favor, sometimes they were not.

When Emma Lazarus wrote her poem The New Colossus in 1883 to raise money for the construction of a pedestal for the Statue of Liberty, the United States was in the midst of another anti-immigrant campaign fueled by a fear of Asians and the xenophobic tendencies of President Woodrow Wilson.

"Give me your tired, your poor,
Your huddled masses yearning to breathe free,
The wretched refuse of your teeming shore.
Send these, the homeless, tempest-tost to me,
I lift my lamp beside the golden door!"

That was not the first time that sentiments of isolationism swept our country and it was certainly not the most recent in history, but once again we find ourselves at a moment of moral reckoning.

For decades, people have faced dire poverty and unchecked gang violence in Central American and Mexico. People fear for their lives and have come in waves to our boarders. And this has led to a long standing humanitarian crisis on our Southern border.

Policies like "Remain in Mexico" punish people for wanting to protect their children. With little due process and a troublesome lack of transparency, there is little chance that those who follow the rules and work through the system will ever be granted asylum. Rules that disqualify even the most vulnerable from ever applying are cruel and inhumane and expose them to more of the very dangers they left behind at home.

And yet we as people of faith should know, because our Torah tells us so, that we must welcome the stranger in our midst, that we must recognize the inherent humanity in every human being because as we read in the first chapter of Genesis, human beings were created in the image of God. We understand that we cannot stand by in silence without action when those who come to our country’s boarders looking for safety and security - a chance to make a LEGAL asylum claim - are treated as criminals.

Our modern-day prophet Elie Wiesel (z’l) calls upon us to take responsibility. These are his words: “To be human is to share a common origin. And if we share a common origin, our destinies are entwined. What happens to me will eventually happen to you… The most important biblical commandment is Lo tamod al dam reacha - you are not to stand by the blood of your neighbor. The word “reacha’ [actually means] ‘a fellow human being’....it is universal. Anyone who is suffering, anyone who is threatened becomes your responsibility.’

Wiesel understood that in Judaism, pikuach nefesh - the preservation of human life - takes precedence over every other commandment. Therefore, it is our obligation to do what we can to help those whose lives are in danger. Today we are here to make sure we do not just stand by -- but we stand up for human rights, for a compassionate, transparent and efficient rule of law and for a move to reclaim a more ideal version of our nation that recognizes the gifts and contributions of all the many generations of immigrants that make the United States a place that people seek to be. 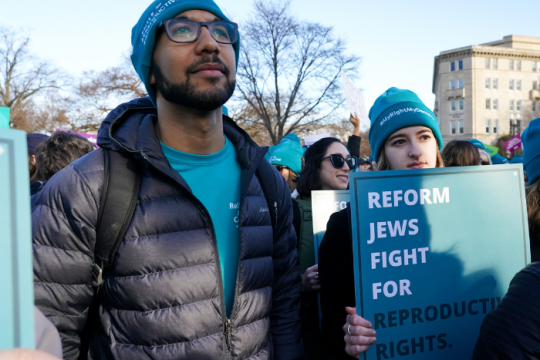 Last year, my 15-year-old daughter, Eva, adopted at birth, was thrilled to discover through DNA
Reproductive Health and Rights
Image 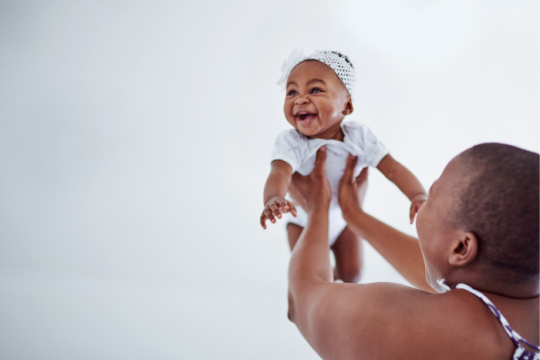