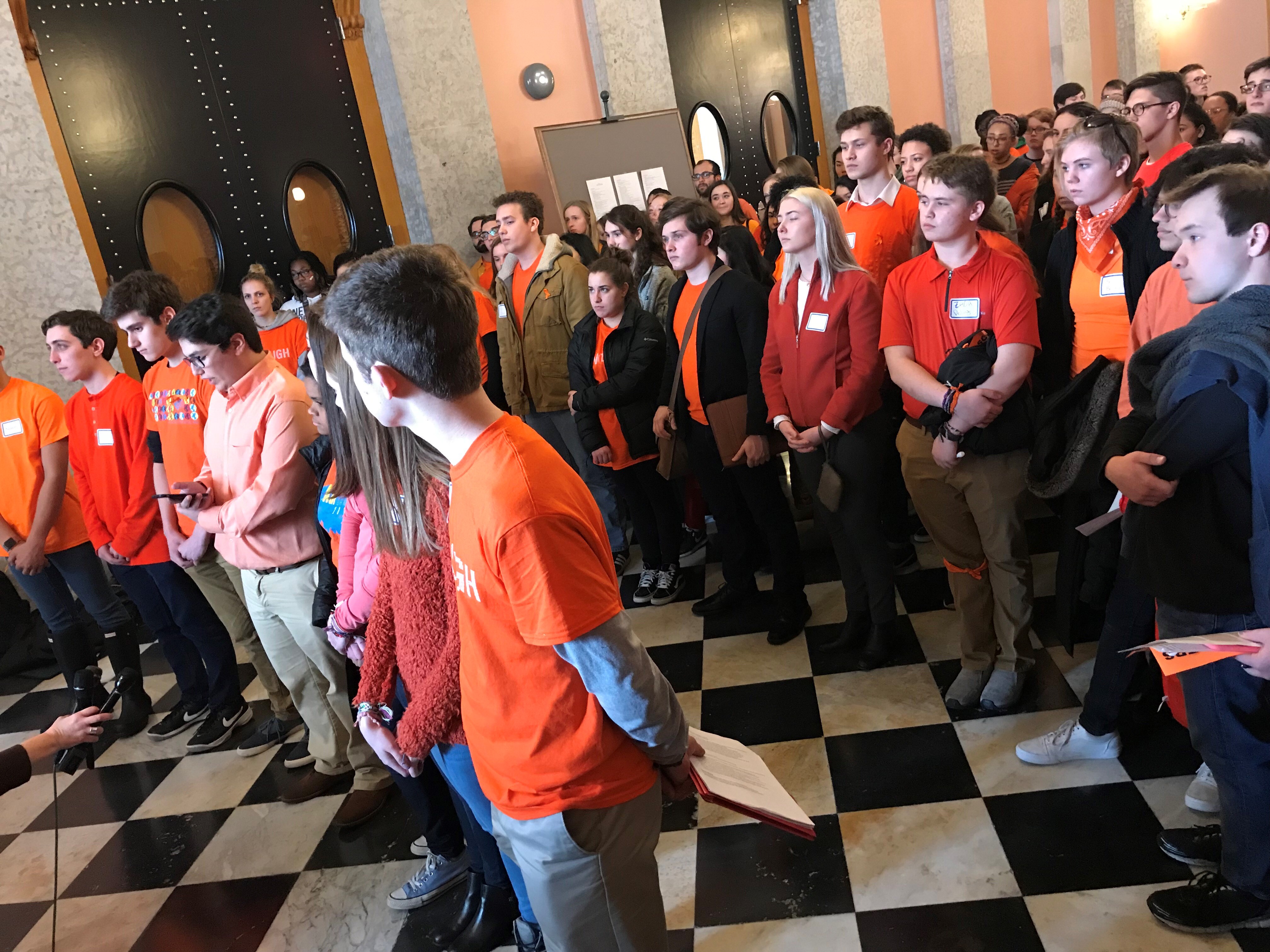 On Wednesday, March 14, one month after the mass shooting that killed 17 students and community members at Marjory Stoneman Douglas High School in Parkland, Florida, Matthew Youkilis, along with other Reform Jewish students and their classmates organized nearly 250 students to lobby at the Columbus Statehouse for commonsense gun violence prevention policies. This post is adapted from Matthew's speech during a press conference at the Statehouse. Their organization, Lobbying for a Safer Tomorrow (LAST), is a student-run, grassroots organization of Ohio high schoolers.

This entire past month has been surreal. From the moment I found out that no one had heard from my cousin Jaime, a student at Marjory Stoneman Douglas High School in Parkland, Florida, after the shooting on February 14th, everything has been a blur. From seeing my Uncle Fred and Aunt Jen and Cousin Jesse (Jaime’s immediate family) for the first time since the shooting, to watching as hundreds of people flooded my Facebook feed with responses of love and care, I really haven’t paused to think too much. I’ve tried to continue with life — to do my schoolwork, prep for my ACT’s, and deal with the stresses of the second semester of my junior year. But I’ve also learned that there are more important things than school right now. Our lives are more important. Making sure Jaime’s life, though taken too soon, was not taken in vain, is more important. Standing up and fighting for true change so that we have a safer, brighter future — that is more important.

We can say all this, and we have many times, but what can truly be done about it? This question has gone unanswered for decades. Luckily, our generation has answered the call. While I was down in Florida, the students of Marjory Stoneman Douglas High School — Emma Gonzalez, David Hogg, Cameron Kasky, and others — were already standing up and demanding action from their legislators. And this demand has been answered — not perfectly, but with movement in the right direction — in their state of Florida.

The first day I went back at school after the shooting, Wednesday, February 21st, I saw thousands of my fellow students wearing orange ribbons in honor of those who died. At 11:35am, right about when lunch ended, I began to see messages from friends about a walkout at noon. 25 minutes later, I walked out of class, expecting to see a handful of people, and found hundreds chanting in favor of safety, in favor of our lives. Honestly, I couldn't believe it. 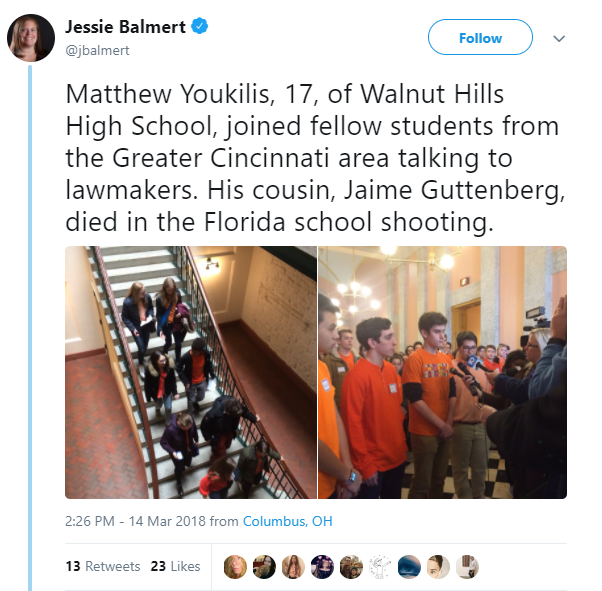 Protests and walkouts can do a lot, but there is more that can be done. A day or two later, I was approached by a few friends of mine, Em and Micah, about planning a lobbying day for March 14th in Columbus after the school walkouts. I thought, “Cool, we’ll go to Columbus with a few other people and lobby for an issue we care about.” But then a team came together, and we started to organize everything. Micah, Em, Rae, Max, Asher, Emma, Noah, and all the other students and adults we worked with made this happen — it is indescribable. At first, when we put out a registration link, there were 50 people, then 80 people, then 130 people, and finally over 200 people signed up to participate with us, to lobby with us for a safer tomorrow.

This movement is ours now. We must be persistent. In all likelihood, our lobbying on March 14th will not accomplish the change we truly seek. We will have to keep at it. We may have to lobby again and again after that to bring reform to Ohio and to this country. But if we do keep at it, if we keep contacting our representatives and protesting when we can and voting as soon as we can, we will be the change we want to see.

This is an issue that affects all of us, every child in this country no matter your race or gender. Quite honestly, I am tired of hearing about how we are the future of this country. We are this country’s present. We will make our voices heard. We will vote when we get the chance, and until then, we will stand up for what we believe in. Because this issue is something that hits so close to home for all of us. This is about our safety and our lives. If no one else is going to do something about it, we are going to. We will speak truth to the gun lobbies and politicians that control policy in our country until policy is changed. Because we have to. We have to for our lives. We have to in honor of Jaime and all of those who have died unjustly. We have to because we must ensure a safer tomorrow for all of us.

Matthew Youkilis is a junior at Walnut Hills High School in Cincinnatti, Ohio and a member of Isaac M. Wise Temple. He is a lead organizer of Lobbying for a Safer Tomorrow. Students like Matthew are speaking out in the lead up to the March for Our Lives on Saturday March 24th. For more information on how to join efforts of the Reform Jewish students who are leading the charge against gun violence, visit www.nfty.org/gvp.