Uniting Los Angeles Muslims and Jews in Support of the Rohingya 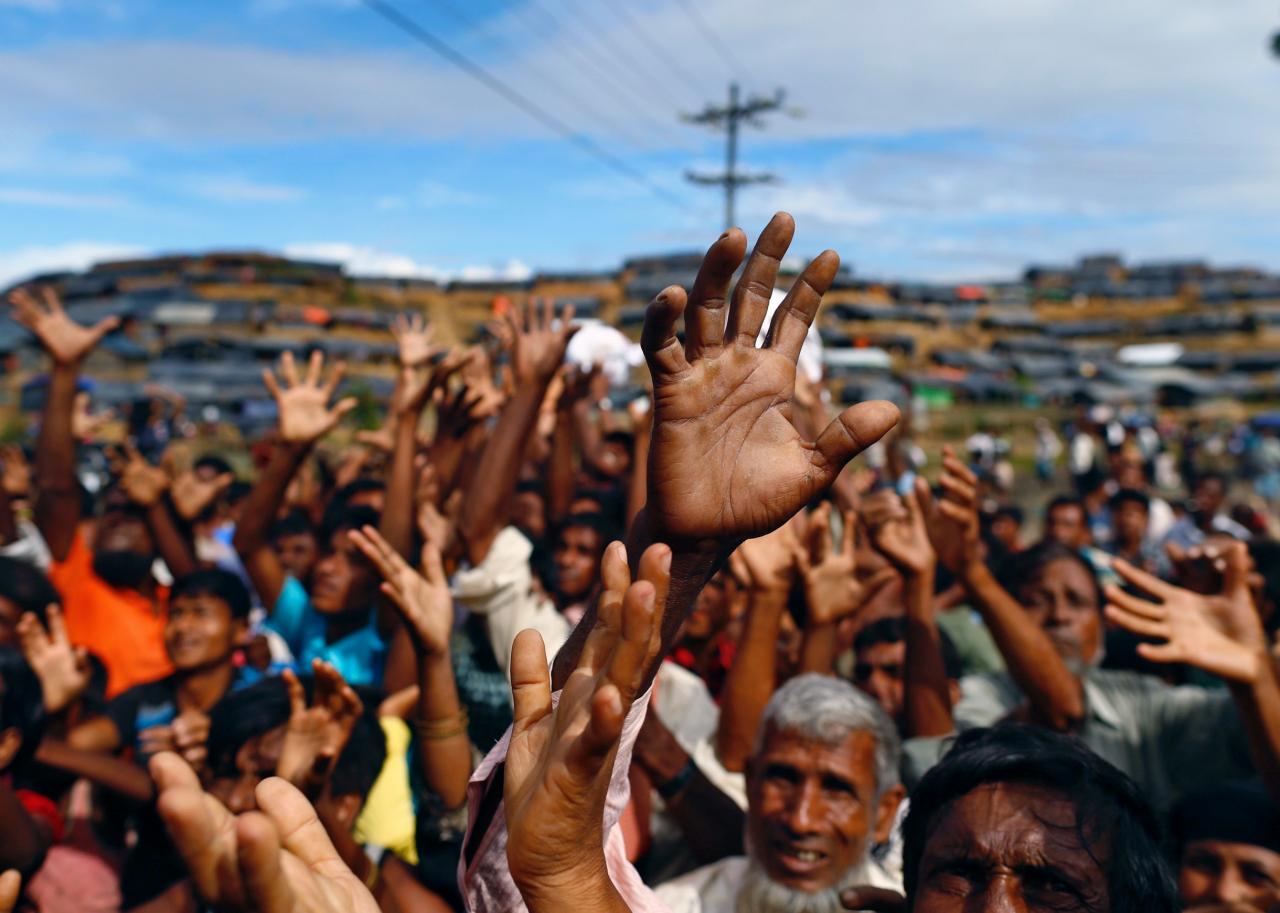 The article was one of the most disturbing pieces of journalism I had read in a long while. Published in Reuters online by brave journalists who have subsequently been jailed for their reporting, it described in graphic detail and with accompanying photographs a massacre of ten Rohingya men by Burmese military forces in the Rakhine state of Myanmar (formerly known as Burma).

This article was a “homework assignment” in advance of a meeting with a local Muslim leader in late January.

I met Mahomed through a member of my congregation; they have worked together on gang intervention work in South Los Angeles. My member, Howard, wanted Mahomed and I to meet to begin to form a relationship between our synagogue, Temple Beth El in San Pedro, and his Muslim community.

Where would we begin?  Lunch, of course.  Breaking bread together was a fine start.  But Mahomed, Howard, and I knew that for anything substantive to emerge from lunch, we would need a common cause around which to rally.  This is when Mahomed provided me with a tutorial on the ongoing ethnic cleansing of the Rohingya people in Myanmar and I realized that this was an area where Jews and Muslims could find common ground.

I had heard of the Rohingya people, but admittedly knew little about the depths of their suffering and the atrocities they were enduring.  After reading the Reuters article, and hearing more about Mahomed’s work with this crisis, we knew what we had to do: amplify the voices of Jews and Muslims coming together to learn more about one of the world’s current campaigns of ethnic cleansing, and commit to act.

Late last month, days before Jews gathered around our Seder tables to celebrate our Festival of Freedom, sixty people gathered at Temple Beth El—30 Muslims and 30 Jews. The Jews were mostly women leaders from Temple Beth El. The Muslims were mostly men, and most were Rohingya. Over the course of ninety minutes, Mahomed and I taught the others in the room about our respective faith traditions; we heard a first-hand account from a CNN journalist named Ben Bamsey who has been reporting on the Rohingya crisis for many months; we listened to gripping testimony from members of the Rohingya community who now live in the United States. We shared conversations at our tables, learning more about one another to help form community and to help formulate a response.

We also felt a bit helpless. What can we do, here in Los Angeles, to affect change in the Rakhine state? The most tangible action is to contact our elected officials to encourage them to pass the Burman Human Rights and Freedom Act (S. 2060). We also made a commitment to gather a few members from the Muslim community and our synagogue community to meet with a member of Senator Kamala Harris’ staff to encourage her to become a co-sponsor of the legislation. (We are grateful that Sen. Dianne Feinstein has already become a co-sponsor). And we agreed to continue the conversation, face to face.

We are also working to educate our community on the Jewish responsibility to respond to suffering wherever it occurs and to whomever is affected as we also build a relationship between our synagogue and the local Muslim community.  That Sunday in March was the first time we have shared a gathering like that in our synagogue—Muslims and Jews coming together to educate and advocate on behalf of a people threatened by genocide.

There are times when horrific events taking place thousands of miles away can make us feel helpless.  However, when we can bring together different communities that represent different religions and ethnicities and find common ground, we are making incremental progress.

The Talmud and the Quran both teach, “One who saves a single life; it is as if you saved the entire world.”  We are beginning our work to save lives.  We have been inspired us to learn more, to relate more, and to speak up for those who are most threatened and disenfranchised.  If we bring more attention to the atrocities taking place in Rakhine state, perhaps our government or others around the world will put more pressure on Myanmar’s political leader Aung San Suu Kyi and the Myanmar military to restore human rights and dignity to the Rohingya people and allow them to return home.  In the meantime, we will continue to meet more, advocate more, educate more and work make a difference and save a life, as Jews and Muslims work together to fulfill the shared mandate of our traditions.  Saving lives will save the world.