Rabbi Eliana Fischel, a rabbi at Washington Hebrew Congregation in Washington D.C., made the follow statements before the June Medical vs. Russo rally in front of the Supreme Court on Wednesday, March 4.

Our tradition is no stranger to creative controls on female bodies. In just a few days, we will dress ourselves in masks and costumes, perhaps imbibe a bit, all to honor the festive and ridiculous holiday of Purim. But Purim is not only about drunken revelry. Purim is about power, oppression and yes, even, specifically, about needed bodily autonomy.

Early in the story, King Ahaseurus asks Vashti, his wife, to dance before his guests. Our rabbinic tradition goes even further and postulates that he specifically asks Vashti to dance naked. Vashti refuses and Ahaseurus bans her from the kingdom. But this part of the story does not end with one woman being treated unfairly. Ahaseurus goes on to proclaim to his advisors that they should tell Vashti’s story throughout the land so that all wives obey their husbands. So that all women know that their bodies are not their own.

Thousands of years later and worlds away from Persia, the story of powerful entities controlling female bodies plays out in increasingly creative ways throughout our land. Instead of dancing and nakedness, this morning we are faced with doctor admitting privileges and distance from hospitals: veils used to shut down health clinics that provide necessary medical aid to women and men, alike. We will not be fooled by the change in language. This law, just like King Ahaseurus, aims to further control female bodies, not to mention restrict the access of Louisiana residents to receive medical care.

Luckily, our tradition does not only speak of oppression, but also teaches us how to stand up for who we are and what we believe. As the story continues, King Ahaseurus finds a new wife, Queen Esther -- a Jew. When Haman, the king’s advisor, conjures his plan to wipe out the Jews, Mordechai, Esther’s uncle, approaches Esther and urges her to go to the king and tell him that she is Jewish. “Perhaps you have become Queen,” Mordechai says, “For just a time as this.”  Esther goes to the King. She saves the Jews, and next week, we will rejoice in her strength and bravery.

We are strong, brave, and informed Reform Jews, for just a time as this. And we pray that the Supreme Court hears our call for justice.

Ken yehi ratzon. May it be God’s will. 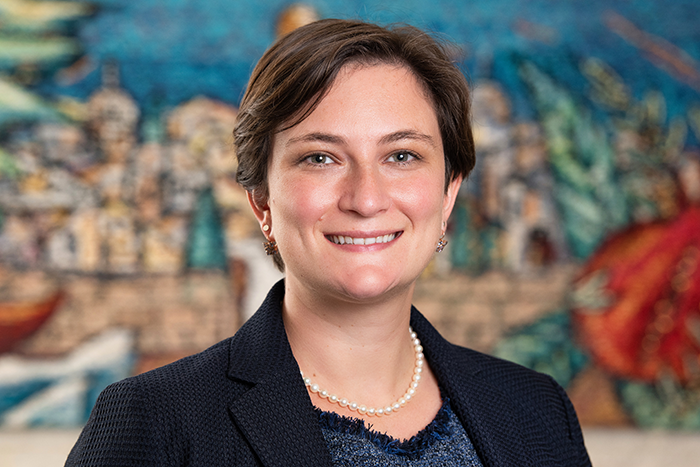 Rabbi Fischel was ordained by Hebrew Union College-Jewish Institute of Religion in 2018. She also graduated from Connecticut College in 2011, where she earned degrees in Psychology and Dance as well as a Certificate in Public Policy and Community Action.

A native of Scarsdale, New York, Rabbi Fischel spent her summers at the Union for Reform Judaism's Eisner Camp. When not at WHC, you can find Rabbi Fischel practicing yoga, cooking, and spending time with her husband, Rabbi Eric Abbott, and their two adorable children, Ezra and Rebecca.