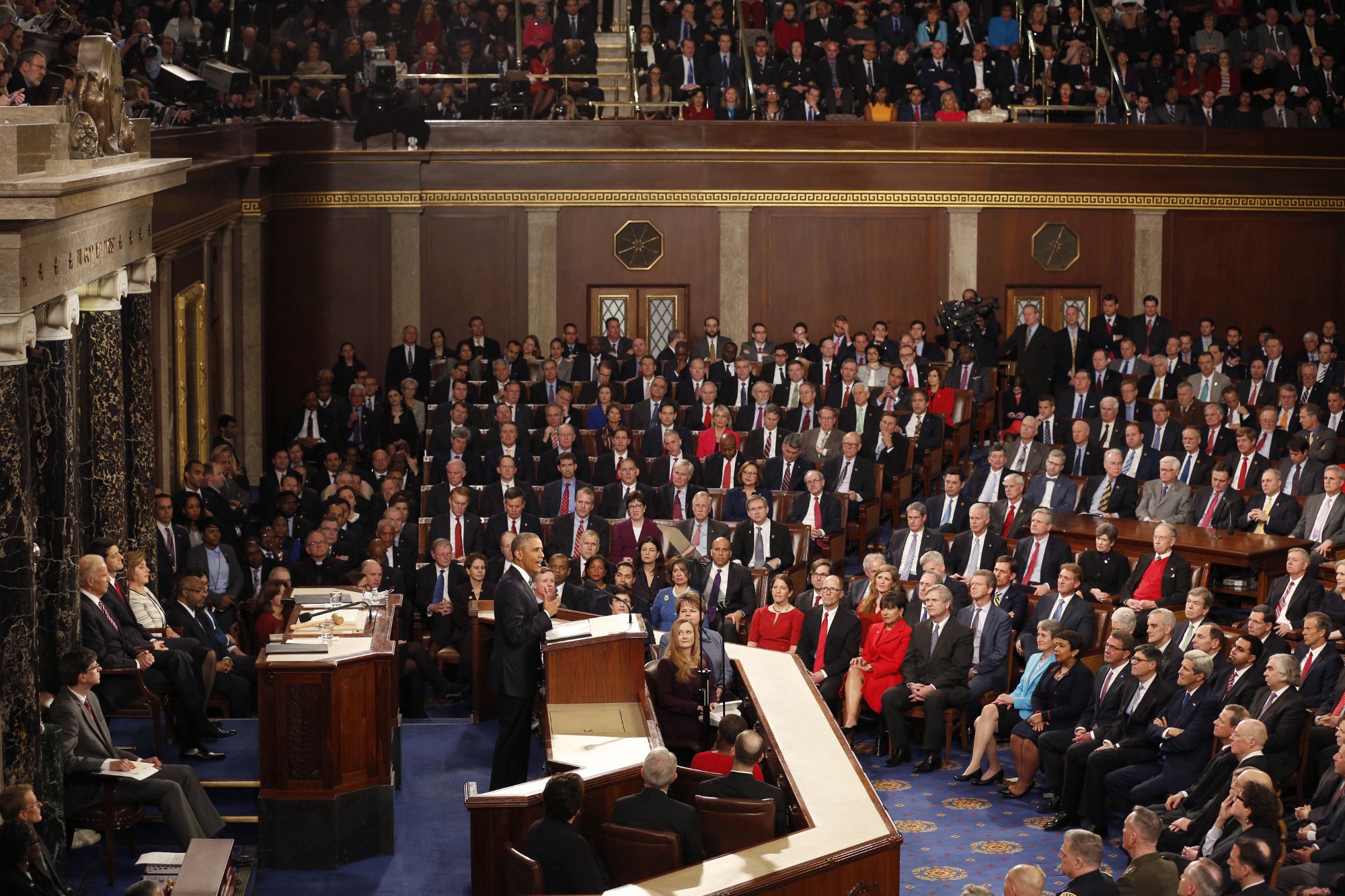 As what I call a “New Yorker-in-diaspora,” State of the Union nights remind me that Washington, D.C. is a great city-fit for me, because you can pretty much guarantee that all bars will be playing the speech or that a friend or a friend of a friend is hosting a watch party. The (dorky) anticipation is tangible. None, perhaps so much as in the Eisenhower Executive Office Building, where I was lucky enough to be watching the State of the Union on Tuesday night. Live-tweeting the #SOTU for the Religious Action Center was a joy and felt like a true expression of our work – connecting the key social justice issues of the day to our Reform Jewish values.

In advance of the State of the Union and in celebration of 2016, the RAC put together a list of our social justice resolutions, which you can read here. I was particularly looking forward to the commonalities between what President Obama mentioned in his speech, and our “resolutions”.” Many topics that we had in our list were mentioned in the speech, including LGBT equality, preventing gun violence and pay equity for women. We were also thrilled to hear the President call for an end to malaria, given our partnership with Nothing but Nets and our work together to eradicate malaria.

However, the main content structure of the State of the Union was structured around four key areas of focus for the President’s last year in office.

The first area of focus was the economy, in which the president discussed the importance of treating workers with fairness and building a robust economy. As Reform Jews, we are commanded to raise our voices in support of the most vulnerable among us and to treat workers fairly and to pay them adequate wages on time, which is why our 2016 resolutions included advocating for raising the minimum wage and for job-protected sick days for all workers.

The President spoke eloquently about the role of the United States in the world, and in the fight against terror. Although he did not mention Israel by name, we know that Israel is the United States’ key friend and ally in the Middle East and in the fight against terror. Our commitment to combating terror and threats to national security does not change our commitment to ensuring that refugees fleeing violence and persecution are welcome in the United States. President Obama reminded the country of something we as Reform Jews have long known, from our own experience in the U.S.,

“The world respects us not just for our arsenal, it respects us for our diversity and our openness and the way we respect every faith. His Holiness, Pope Francis, told this body from the very spot I’m standing on tonight that “to imitate the hatred and violence of tyrants and murderers is the best way to take their place.” When politicians insult Muslims, whether abroad, or fellow citizens, when a mosque is vandalized, or a kid is called names, that doesn’t make us safer. That’s not telling it what — telling it like it is, it’s just wrong. It diminishes us in the eyes of the world.”

The closing section of the speech discussed key issues related to fostering our values and our democracy: campaign finance reform, voting rights and criminal justice reform. All three of these issues are key priorities for the Reform Movement, and both voting rights and criminal justice reform were also on our social justice resolutions list. The right to vote is fundamental to our democracy, and every citizen must be able to participate. We must pass the Voting Rights Advancement Act (S. 1659/H.R. 2867) to restore and strengthen the Voting Rights Act of 1965. Together we can realize the vision of our tradition’s teaching that “a ruler is not to be appointed unless the community is first consulted,” (Babylonian Talmud, B’rachot 55a).

The State of the Union is a special moment every year, when Congress and the American people come together to watch the President discuss his agenda and vision for the country for the next year. It is a reminder that no matter your background, political ideology, faith; no matter where you’re from or what state (or District!) you live in, we are all partners in shaping the future of our country. As we continue our social justice work in 2016, we must keep in mind times to find unity and to cross boundaries to repair our broken world together.