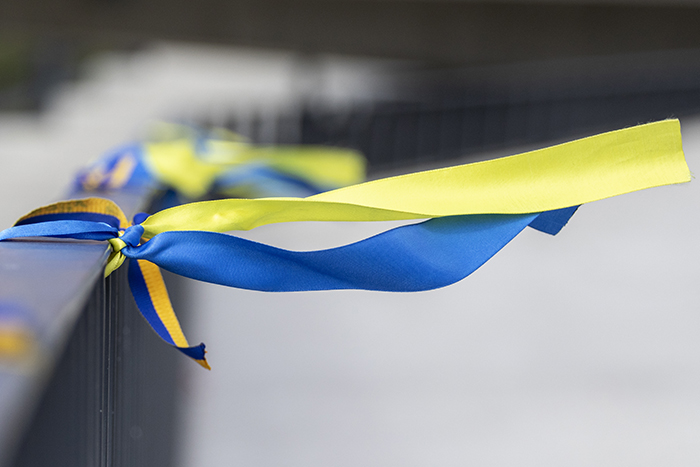 Raise a standard against the walls of Babylon! Set up a blockade; station watchmen; prepare those in ambush…Raise a standard on earth, sound a horn among the nations,  appoint nations against [Babylon], assemble kingdoms against her.
—Jeremiah 51:12, 27

Twenty-five hundred years ago the prophet Jeremiah called the world to stand against the rapacious kingdom of Babylon for its destruction of Jerusalem and the exile of Israel’s population. And in time Babylon did fall. Today the West and its allies are applying some of Jeremiah’s strategy against Russia.

As Russia’s bombardment of the Ukraine continues and refugees flee, everyone I’ve talked to about the situation wants to help. We’ve contributed money to Ukrainian relief efforts, written to our representatives in Washington, and some of us have also shown up at pro-Ukrainian demonstrations. Still looking for something else to do, I bought a couple of rolls of blue and yellow ribbon, the colors of the Ukrainian flag. I’m hanging them on trees in our neighborhood and encouraging synagogues to distribute ribbons to their congregants on Shabbat for public display. Perhaps churches and mosques will join us. It’s a small gesture of solidarity. Yet I’ve heard from Ukrainians in New York how much it means to their friends and family back home when they see the Empire State Building or the Eiffel Tower lit in blue and yellow and other symbolic expressions of support around the globe. At a flag-filled demonstration in New York, a Ukrainian woman told a reporter from the Times that “Ukrainian people don’t give up hope.” In times of crisis a nation’s colors are symbols of its hope to persist and to overcome whatever it faces.

Heroic Ukrainians are fighting the world’s battle for freedom. They need weapons to keep up the fight but they also need to know that they are not alone. In the era of social media hanging a yellow and blue ribbon on your door or on a tree is a simple way to send that message and to show your neighbors that you care. Jeremiah called for the world to stand against Babylon, a call that began by urging people to raise a standard—a flag—across the land. It’s a simple act, but one that’s part of every campaign against brutal regimes.

David Arnow’s most recent work is Choosing Hope: The Heritage of Judaism 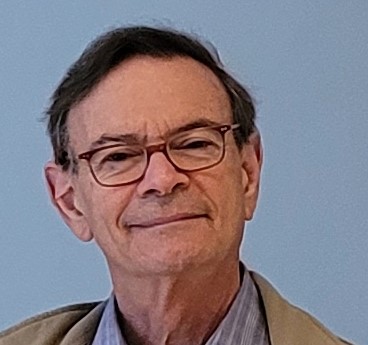 David Arnow, Ph.D. is a psychologist and a scholar of the festival of Passover. He is the author (davidarnowauthor.com) of Creating Lively Passover Seders: A Sourcebook of Tales, Texts & Activities, co-editor of My People's Passover Haggadah, and co-author of Leadership in the Bible: A Practical Guide for Today. His most recent work, Choosing Hope: The Heritage of Judaism, will be published by the Jewish Publication Society on March 1, 2022. Visit his website.