A Redistricting Win for RAC-PA 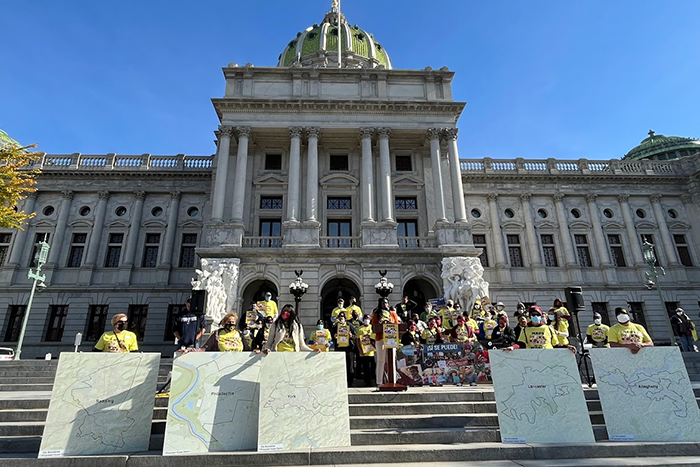 As the buds of Spring emerge and Jews across the world began preparing for Passover, here in Pennsylvania we see glimmers of hope that we too will be taking steps to celebrate freedom and democracy. With a March 16 th State Supreme Court Decision, the Commonwealth got more equitable and racially just maps, and RAC-PA won our first campaign!

The Passover story begins with Pharaoh's observation, "Look, the Israelite people are much too numerous for us. Let us deal shrewdly with them….so they may not increase and rise up." (Exodus 1:9-10) Rather than work and live in harmony with the Israelites, as previous leaders had done, Pharaoh led with prejudice and fear. By taking away the Israelite's freedom, he created a society where nobody was truly free.

In Pennsylvania's State Senate and House Districts, legislators from both major political parties have employed similar tactics to reduce the electoral power of voters of color for partisan gains. Through tactics like "cracking" - when communities of color are divided into multiple districts, spreading out their power, and "packing" - when voters of color are all consolidated into one district, these gerrymandered districts protected incumbent legislators and made it difficult for people of color to elect the legislators who represent their values and interests. Thus, the Commonwealth's House and Senate were not effectively representing our state constituents, nor did our elected officials resemble the diversity of citizens in our state.

In 2021, RAC-PA held a listening campaign where we asked 400 members of our congregations, WRJ leadership and URJ Camp Harlam campers which issues they perceived had the most impact on their communities. We wanted to ensure that whatever issue we chose would focus on racial injustice and center People of Color, in coordination with national efforts. While our members were passionate about gun violence prevention and education funding, we found that issue of highest priority to be voting rights and the entrenched disparities in the composition of our legislature.

In response, RAC-PA launched our Just Redistricting Campaign. We partnered with PA Voice, joining their Keystone Counts Coalition, and with Fair Districts PA who had been doing work on the ground for years around these inequities. Our community examined our own history of civic engagement and how important it has historically been to the Jewish community of Pennsylvania to have close relationships with our legislators, advocating for our interests and expecting to hold them accountable. We wrestled together with how that history has benefited our community while Black and Hispanic communities have had their votes devalued.

RAC-PA's role in our coalition was to lift up voices of communities of color, encouraging our congregants to attend webinars led by leading mappers to examine the proposed maps, writing letters to local newspapers and speaking in our congregations about these injustices and the opportunity to affect democracy. RAC-PA leaders spoke and attended a rally in Harrisburg, submitted over 100 testimonies advocating for specific changes to the maps and our clergy published op eds in local papers throughout the state. One of our own leadership team members even gave testimony live at a public hearing.

The Legislative Reapportionment Commission responded with a clear understanding of the need to focus on the exact issues we had been working towards. Initial excitement was felt when the maps were released, but we knew there would be a revision process before the maps went to the State Supreme court. Still, at each phase, Democratic values came shining through. The new maps represented a decrease in partisan gerrymandering and an increase in minority representation. They added 12 more districts in the state legislature where minority communities have increased voting power, in which they represent more than 35% of voters and have increased opportunities to elect the representatives of their choice. The new maps are far from perfect, but they are a big step in the right direction.

When Pharaoh called the Israelites too numerous and worried about them rising up, he used the word atzum, which has the same root as the Hebrew word for powerful. The 2021 redistricting in Pennsylvania returns rightful power to communities of color across the state. At the same time, RAC-PA has grown from an idea held amongst a few stakeholders to a large group of clergy and lay leaders, with representation from Lancaster and State College, Allentown and Reading, alongside the Philadelphia and Pittsburgh suburbs.

To the dismay of the Pharaohs of our time, Pennsylvanians from all races and backgrounds who share the values of justice, mercy, and compassion are now more equipped to "rise up." RAC-PA too is ready to refocus and look towards the next election cycle and how we can engage even more people in our fight for democracy in Pennsylvania. 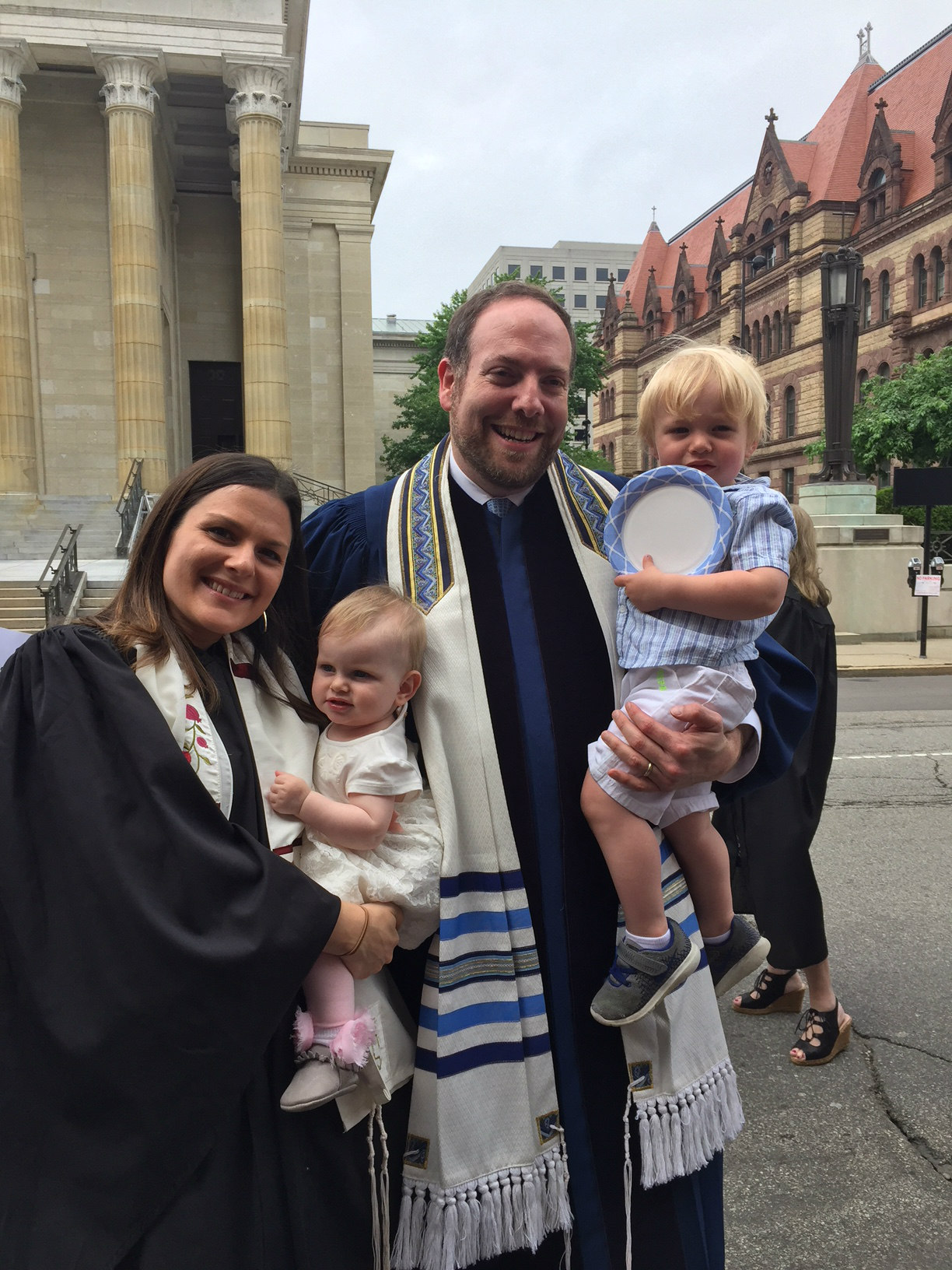 Rabbi Lindsey Danziger is the lead organizer of the Ohio Religious Action Center of Reform Judaism. 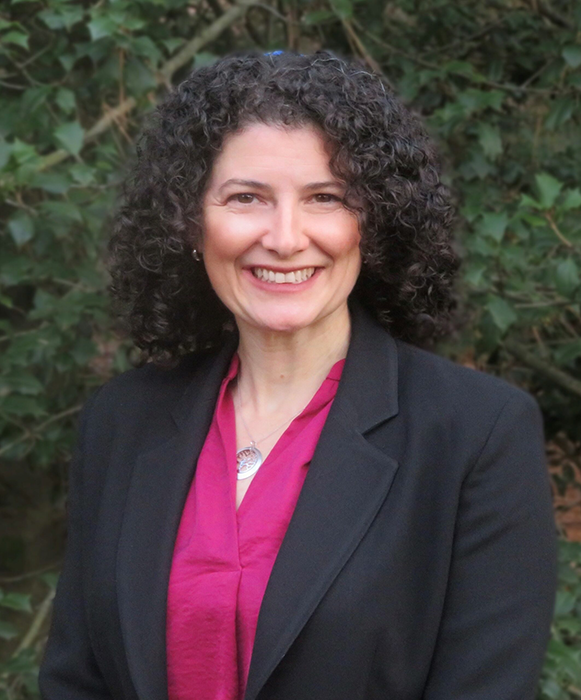 Rabbi Stacy Rigler (she/her), RJE is Executive Director of the Assocation of Reform Jewish Educators. A lifelong learner, Stacy is passionate about inspiring excellence, advancing the field of Jewish education, and supporting fellow educators and students. Stacy has worked in Jewish Education at the Foundation for Jewish Camp and URJ Camp Harlam. She served as Rabbi Educator for 17 years at Reform Congregation Keneseth Israel in Elkins Park, PA. Stacy is on the volunteer leadership team of RAC-PA and #Onward Hebrew and serves on the URJ Camp Harlam Camp Council. She received her MAJE and Rabbinic ordination from HUC-JIR and her undergraduate degree from Emory University. She lives in suburban Philadelphia with her husband, Rabbi Peter Rigler and their three children.