A Promised Land for Those Seeking Refuge 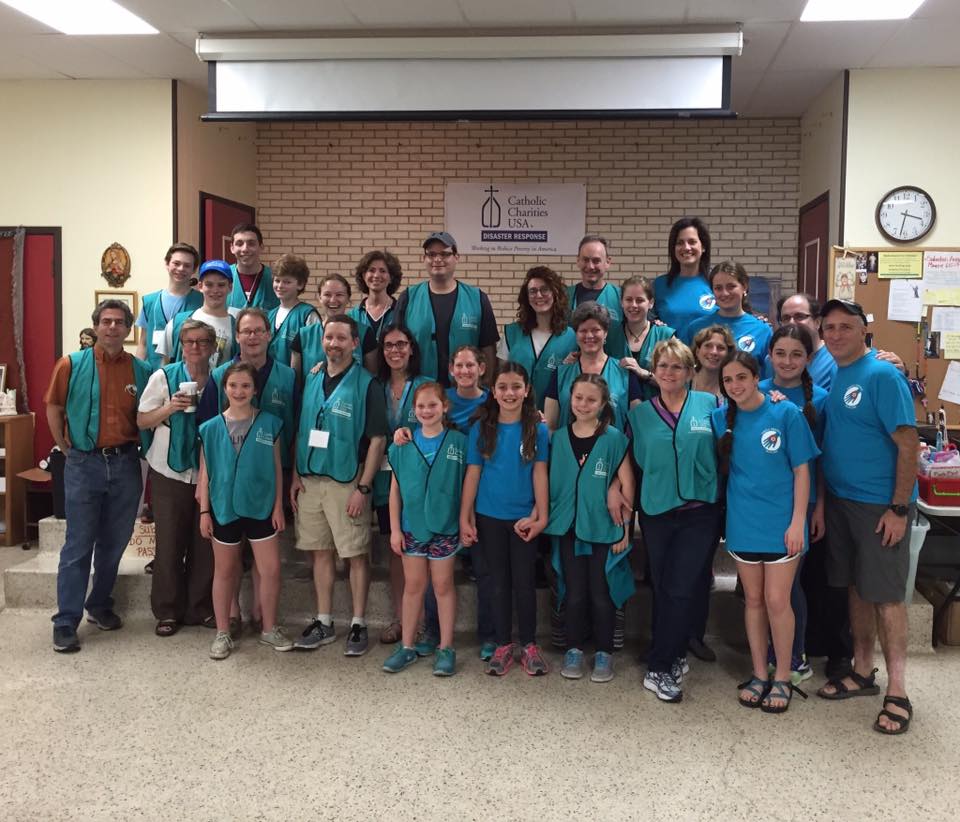 When I learned that I would be spending my spring break in McAllen, Texas, with Temple Sinai, volunteering with migrants fleeing from violence in Honduras, Guatemala, and El Salvador, I didn’t know what to think. I had pictured my spring break as a free week to relax and prepare for college, but I had recently become interested in the influx of migrants coming to the U.S. from South America and was curious about what it would be like near the Texas/Mexico border.

We began our work on Saturday morning. Our group of twenty arrived bright and early at 8:00 AM to the Sacred Heart Respite Center. We would spend all day here, welcoming new migrants and providing them with clean clothes, a shower, food and an opportunity to make a phone call before they continued on their journey.

I have always been astounded by the hatred and fear that so many show towards people from other countries just trying to find a better life for their families, but my time at Sacred Heart really opened my eyes to just what these people were going through. During my two days volunteering, I spent individual time with three different families. And it was while helping out one of these families that I had the chance to hear their story.

Nothing I read or see in the media about needing to control our borders will ever change what I saw when I spent the afternoon with a man named Jimmy, and his 15 year old daughter, Andrea. I saw a fractured family attempting to escape extreme violence, and I saw a scared girl very close to my own age who had not seen her mother in two years. Our group had the privilege to sit down with Andrea, Jimmy and the other families and listen to their stories with the help of Temple Emanuel’s Rabbi Kogan as a translator. When the constant gang violence and murder in their community became too much, Jimmy and Andrea paid $7,000 each to the coyotes, or smugglers, to get them out of Honduras, through Mexico and across the US border. As soon as they crossed the border, they were apprehended by border patrol and placed in a temporary detention facility. When I met them, Jimmy and Andrea were on their way to Los Angeles to reunite with Andrea’s mother and two siblings.

Even once these families have been released to relatives in the U.S., however, their journey still is far from over. Immigrants must fight in court to gain the right to stay, most hoping to be granted political asylum. This fight is made especially challenging because U.S. law does not guarantee a right to counsel for undocumented immigrants. Migrants who speak little to no English, and are often uninformed about legal organizations that provide free counsel, are forced to advocate for themselves.

At the URJ Kutz Camp this past summer, my peers and I thought deeply about the meaning of  the quote from Deuteronomy, “Tzedek, tzedek tirdof - Justice, justice you shall pursue,”(Deut. 16:20). As I heard the stories of these families, my mind kept coming back to this quote and the justice that these people are not afforded under our nation’s laws.  There are so many ways that we as a Jewish community can assist these new immigrants, from helping provide for their basic needs to advocating for greater legal protections . One way to accomplish the latter is through passage of the Fair Day in Court for Kids Act (S. 2540/H.R. 4646), a bill that would require legal representation for unaccompanied children arriving from Central America. I came home from Texas empowered to work towards comprehensive immigration reform and fair legal aid for those seeking refuge in our country.

Lucy Brown is a senior at Bethesda-Chevy Chase High School and is an intern at the RAC. She is a member of Temple Sinai in Washington, D.C.