From Pain to Purpose: Mourning for the Earth on Tishah B’Av 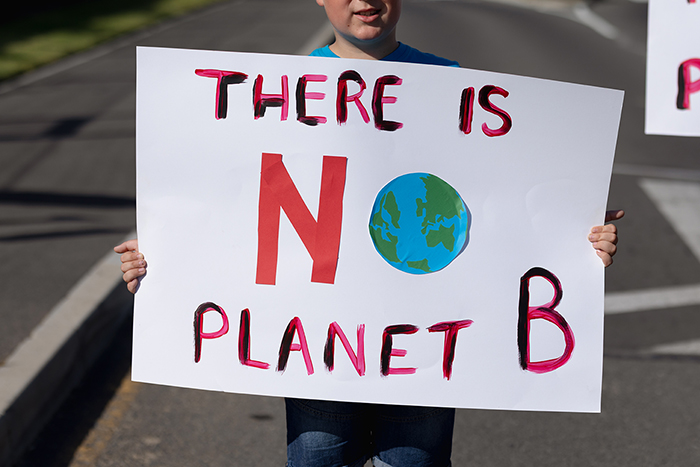 Tishah B’Av, observed on the ninth day of the Hebrew month of Av, is considered the saddest day in the Jewish calendar. On Tishah B’Av, we mourn the destruction of the First and Second Temples in Jerusalem, as well as other tragedies that the Jewish people have endured throughout our history. We traditionally read from Megillat Eicha, or the Book of Lamentations, which describes the horrific destruction of the First Temple in 586 BCE.

Many congregations and communities mark Tishah B’Av by mourning present-day disasters, such as environmental degradation. As Rabbi Tamara Cohen explains in The Shalom Center’s “Eicha for the Earth,” the connection between Tishah B’Av and mourning for the planet is grounded in Jewish texts. In the symbolism of the Kabbalah, the Temple and the Earth both embody the Shechinah, or the indwelling presence of God. Some early rabbis considered the Temple to be the heart of the Earth. The destruction of this central, sacred organ imperils the entire planet.

Megillat Eicha offers a complex portrayal of the relationships between human agency and devastating tragedy. Today, these themes resonate with the crisis of climate change and our moral responsibility to address it. In some passages of Megillat Eicha, the people of Jerusalem express confusion and outrage at God’s vengeance. How could God allow for the Temple to be destroyed, subjecting innocent people to unimaginable bloodshed and devastation? We might feel that same sense of rage and injustice as we endure all-consuming wildfires, intensifying storms, record-shattering heat waves, and catastrophic floods—especially because the people least responsible for carbon emissions tend to suffer the worst effects of a warming world.

However, in other passages of Megillat Eicha, the people of Jerusalem maintain faith in God’s righteousness and accept that their suffering is justified. Rather than doubt God’s intentions, they proclaim that they have sinned and take responsibility for their own downfall. These ideas about God’s retribution may feel uncomfortable and poorly aligned with our worldview today—we certainly do not see climate change as a just punishment for human behavior. However, we can relate to the experience of acknowledging our own culpability. We can recognize the ways that our consumption and lifestyle choices contribute to an unsustainable status quo. Our participation in a society that fuels climate change does not mean that we deserve to suffer its consequences, but it does mean we have the responsibility to advocate for climate action.

On Tishah B’Av, as we grieve for the Earth and the countless lives lost to climate change, we must also harness our power to limit the scale of future tragedy. Even as we feel the effects of climate change in our daily lives, we still have the chance to stave off worst-case scenarios. For example, if we were to quickly employ all existing technologies and cut methane emissions in half by 2030, we could slow the rate of global warming by as much as 30 percent.  Such progress could protect us from dangerous climate tipping points—like thawing permafrost—that unlock new carbon emissions, limit the Earth’s natural capacity to store carbon, and accelerate us towards even higher levels of warming. However, the window for action is narrow: according to U.N. research, the world could exceed the Paris Agreement’s target threshold of 1.5 degrees Celsius of warming as soon as 2024.

Fortunately, the Biden administration has taken some steps in the right direction. Within the past six months, the administration has rejoined the Paris Climate Agreement, hosted a Leaders Summit on Climate Change, and taken steps to undo the previous administration’s rollbacks of environmental regulations. Nevertheless, it will take more than executive action to achieve a clean energy economy, fulfill our promises to the global community, and prevent further climate-fueled disasters. Congress must enact robust climate policy that immediately puts the U.S. on track to net-zero carbon emissions by 2050, if not sooner. Such legislation must recognize the intersections between environmental harm and systemic racism, prioritize environmental justice, and protect frontline communities from the disproportionate burdens of pollution and climate change.

This summer, Congress is working on recovery legislation that has the potential to advance environmental justice and catalyze the transition to a clean energy economy. Now is the moment to make our voices heard and emphasize the urgency of environmental protection. Learn more and tell your members of Congress to support comprehensive climate legislation.

We also encourage you to use The Shalom Center’s guide to holding an Earth-centered Tishah B’Av service that focuses on the endangered Earth as our temple. The guide includes an English-language “Eicha for the Earth” that can be chanted with the trope of Megillat Eicha. The rituals of Tishah B’Av offer a powerful opportunity to grapple with the moral urgency of climate change, to mourn for the Earth, and to channel that pain into purposeful action.

END_OF_DOCUMENT_TOKEN_TO_BE_REPLACED

In the story of creation, the first story we read in the Torah, we learn that every person is created b'tzelem Elohim - in the holy image of God (Genesis 1:27). Discrimination against any person arising from apathy, insensitivity, ignorance, fear, or hatred is inconsistent with this fundamental belief. It is this principle that guides that Reform Movement's advocacy for LGBTQ+ equality.
Reproductive Health and Rights
Image

Here are some resources and actions to protect and advance abortion access.
Gun Violence Prevention
Image 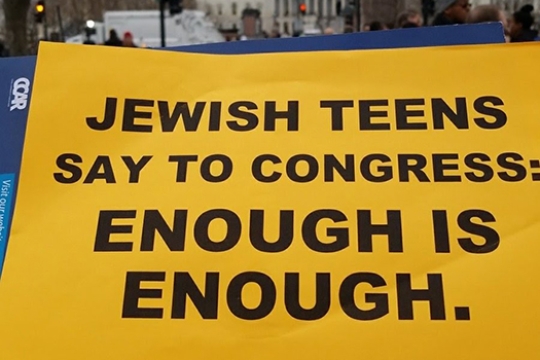 How Gun Violence is Changing Generations

For many people, it is easy to think about gun violence and its impacts a few times a year, either following a horrifying, high-profile story in the news or during Wear Orange Weekend (this year June 3-5). Unfortunately, that is not a reality for an ever growing group of people across the country.
View More