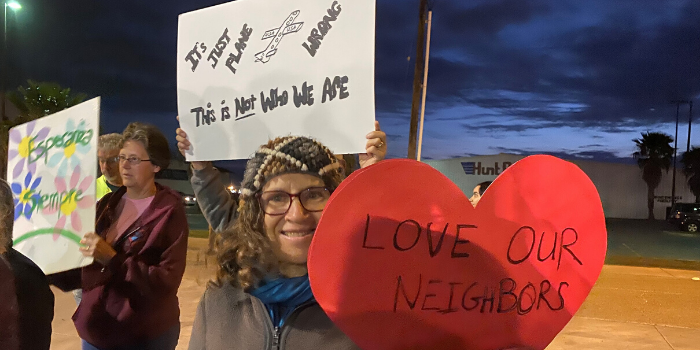 As part of the Kraus Initiative for Immigrant and Refugee Justice, the Reform Jewish Movement is working to be in solidarity with asylum seekers and restore the asylum system. In partnership with Jewish and interfaith groups, we aim to advance legislation that will safeguard fundamental rights. During this season, we as a movement have the opportunity to educate ourselves, our congregations, and our communities in the importance of asylum and ways to support people seeking refuge.

Along with leaders from the Reform Jewish Movement, I have seen the need for this work up close in a recent visit to an encampment in Matamoros, Mexico, alongside the Rio Grande.

As we dragged wagons that just hours before had carried rice, beans, and chicken to a border camp, a little girl asked to pull one on her own. Her muscles were strong enough to haul the cart, she assured us – after all, she had walked all the way to the U.S. border from El Salvador.

We had just helped serve dinner at the encampment where the girl was living, a temporary home to around 2,000 people from Mexico, El Salvador, Honduras, Guatemala, Venezuela, and beyond, who live in tents while waiting months – some more than a year – for asylum hearings in the U.S. When it rains the camp turns to mud and in dry weather dust swirls, leading to health issues for residents. Meanwhile, inhabitants live in constant danger of violence.

It doesn’t have to be this way.

The United States has long had a functioning asylum system in which people who set foot on U.S. soil were granted a “credible fear” interview -- and many who passed this initial screening were sent to live with friends and family in the U.S. while they awaited court dates to consider the full merits of their case. Those found unable to return to their country of origin “owing to well-founded fear of being persecuted for reasons of race, religion, nationality, membership of a particular social group or political opinion” were granted asylum, in accordance with U.S. and international law. That gave them the right to live in the U.S. permanently.

Unfortunately, the Trump administration is dismantling that system. To bar as many asylum seekers as possible from entering or staying in the country, and to discourage others from making the trip, the federal government is creating a plethora of obstacles:

With the arrival of the COVID-19 pandemic, problems are escalating. The president has closed the border to asylum seekers, who are now being summarily turned away or sent to their country of origin without any hearing at all. Those subject to Remain in Mexico face squalid and tightly-packed conditions that are likely to transmit the disease, as they wait for court dates that have been postponed due to the outbreak. Meanwhile, those in the United States in detention centers face inadequate medical care, poor health, and crowded conditions that make the coronavirus likely to spread. All of this is in direct defiance of our faith and heritage. The Torah teaches us to welcome – not oppress – immigrants. Passover is a story of exodus and migration; it is a story of leaving slavery to make our way to freedom. And historically, we know that many in the Jewish community have experienced persecution and needed to seek refuge. Making sure the country welcomes refugees and maintains a fair asylum system is something that many of us feel deep in our bones.

We invite everyone in our movement to read this Haggadah insert at their seder. As we leave a pair of laceless shoes at the door, or a pair of shoelaces on the doorknob – we signal our support for asylum seekers, and commit to working together to defend fundamental rights – the rights to safety, due process, and freedom that all human beings deserve.

With your congregation or individually, you can take these actions: 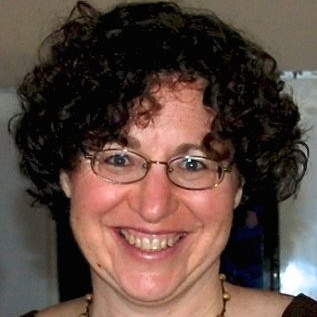 Dr. Julia Paley is the director of immigration justice for the Religious Action Center of Reform Judaism.