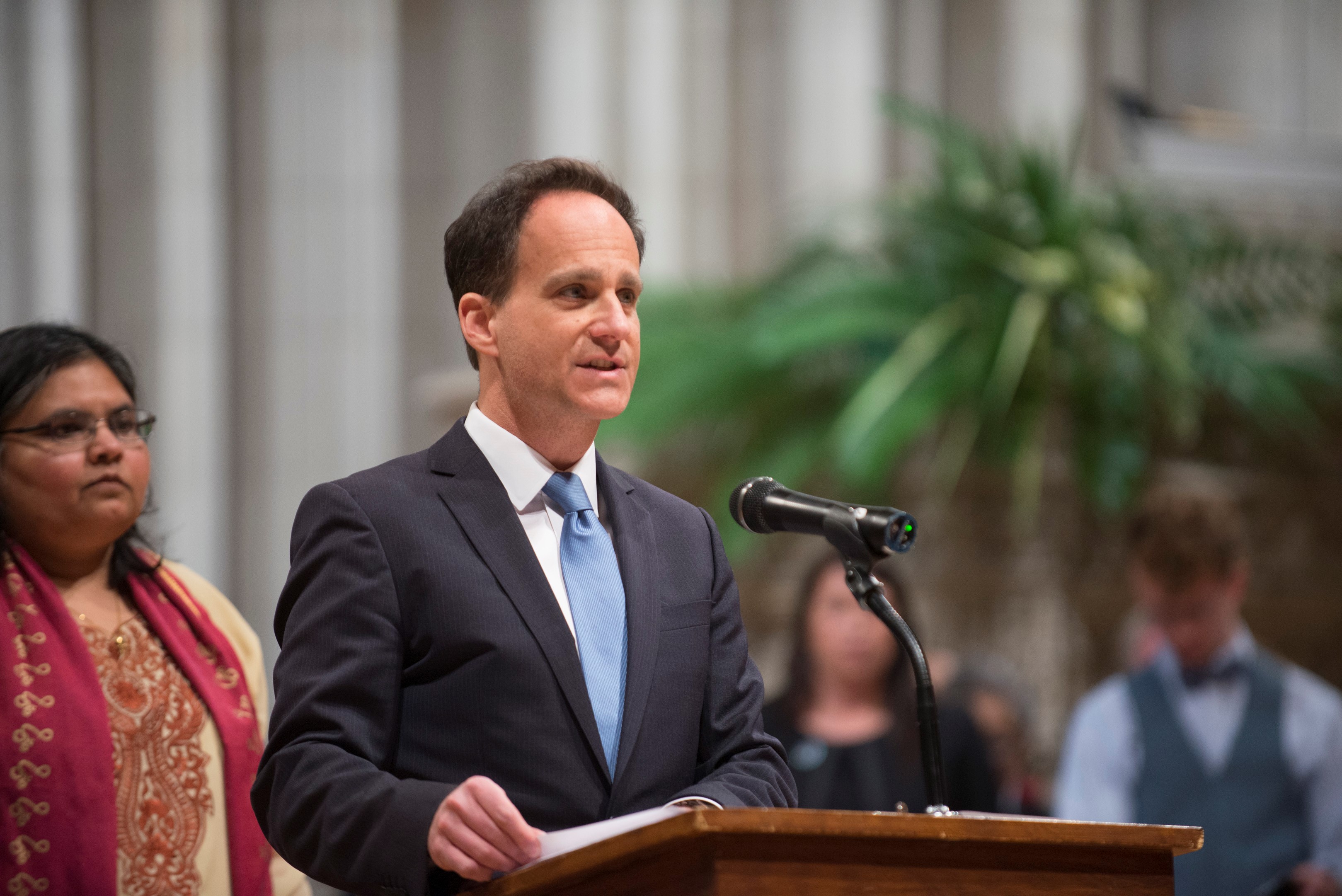 Rabbi Jonah Dov Pesner, Director of the Religious Action Center of Reform Judaism, made the following statement about the March for Our Lives:

“Students are leading where my generation has failed. After the horror of Parkland and set against the daily reality of the gun violence in this country, the March for Our Lives is an incredible expression of leadership by a new generation. Their courage and commitment has renewed my belief that change is possible. I am proud to support the student leaders in NFTY – The Reform Jewish Youth Movement, and their peers of all faiths and backgrounds, in their fight to make our country safer for all of God’s children.”

On Friday evening, March 23, Rabbi Pesner offered the following call to prayer at the March for Our Lives Interfaith Prayer Vigil at the Washington National Cathedral:

I am Rabbi Jonah Dov Pesner, the Director of the Religious Action Center of Reform Judaism. From our headquarters here in Washington we organize and mobilize the largest and most diverse Jewish Movement in North America.

We gather tonight to mourn the 17 students and faculty who were murdered at Marjory Stoneman Douglas High School in Parkland just over a month ago. We also hold with us those killed at Columbine, Sandy Hook, Orlando, Charleston, Las Vegas, Sutherland Springs, and in so many other communities. May their memories be for a blessing.

Tonight, on the eve of one of the largest student led demonstrations in our nation’s history, we atone. We beg your forgiveness.

As Jews do on Yom Kippur, the holiest day of the Jewish year, we atone together tonight:

For the sins we have committed before you. We atone.

Al Chet Shechatanu Lifanecha – for allowing the United States to become awash in assault weapons and schools to become scenes of bloodshed.

Al Chet Shechatanu Lifanecha – for allowing guns to be bought and sold at gun shows and over the internet without a background check.

Al Chet Shechatanu Lifanecha – for electing a generation of politicians who, massacre after massacre, stand with the NRA instead of those who are dying in our streets and in our schools.

Al Chet Shechatanu Lifanecha – for being understandably outraged by a mass shooting in an affluent, majority white community, and being all too silent when children of color are murdered every day.

S’lach lanu – forgive us! Humbly, we come together, in shared purpose, committed to do better.

This time is different because this time, students are taking the lead.

In a little while, I will leave this Cathedral to join Reform Jewish teens from across the country to welcome Shabbat at Washington Hebrew Congregation. They and the thousands of members of NFTY – the Reform Jewish Youth Movement who have come to Washington this weekend with their peers of all faiths, will march together and say, “Enough is Enough.”

How fitting that this march will be held on the Jewish Sabbath. Millions of Jews are gathering in synagogues across the world and offering the following prayer:

Help us lie down in peace, Holy One, our God, and raise us up to life renewed.

Young people are giving us the hope of a world renewed.

May God bless you, keep you – and help bring all of us, and all God’s children, peace. Shabbat shalom.