Homelessness and Voting Rights: A Jewish Call to Action in 2020 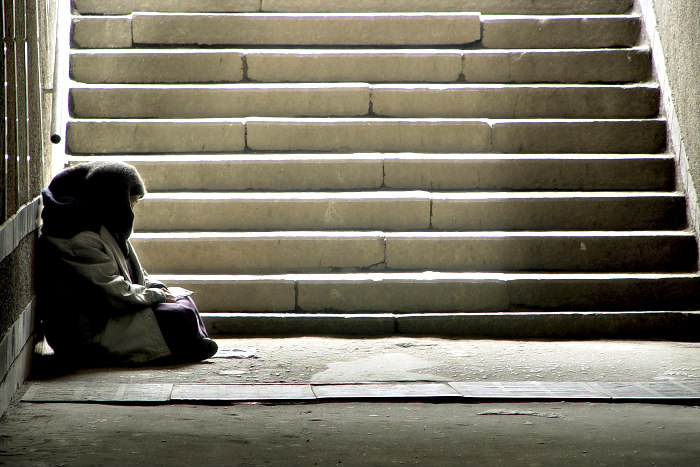 Before the start of the pandemic, at least 567,000 Americans were experiencing homelessness on any given night, and it is likely that the pandemic and recession have pushed those numbers even higher. Homelessness is a crisis of public health, a glaring manifestation of economic inequality, and a moral stain on American society.

This election season, we should also recognize how homelessness is a barrier to political participation.

As homelessness skyrocketed in the 1980s, election officials initially challenged the voting rights of unhoused people. Without a home address, election administrators argued, how could voters prove that they truly belonged to the community? In Pitts v. Black (1984), a federal district court rejected that reasoning, and ruled that a home address was not the only way to demonstrate residency for the purposes of voter registration. Now, people experiencing homelessness can register to vote at non-traditional dwelling places where they regularly spend their time and intend to return – such as a particular street corner or location within a park. The National Voter Registration Form includes a blank map, which allows voters without residential addresses to draw a diagram of their dwelling place.

Despite this provision, homelessness can still be a form of disenfranchisement.

If someone is pushed out of their dwelling place – whether they are evicted, their homeless encampment is broken up, or they are forced to move because of a ban on outdoor sleeping – then they are no longer a resident of that location, and their voter registration is no longer valid.

The shelter system can also complicate political participation. Some shelter programs rotate among multiple houses of worship or other community centers, which leaves voters uncertain where they will be able to receive mail at any given time. This problem is especially significant in the 2020 election. Without a consistent mailing address, many unhoused people – who are already exceptionally vulnerable to COVID-19 – will have no choice but to risk their health and vote at their polling places.

Even in a typical year, voter suppression tactics – such as restrictive voter ID requirements – have a disproportionate impact on unhoused people. Drivers licenses and other documents are routinely seized in homeless encampment sweeps, or thrown out during evictions. Paradoxically, government agencies often require personal documentation or proof of residence to replace a lost ID card. Unable to fulfill these requirements, unhoused people are often trapped without IDs, which excludes them from the voting booth in some states.

Fortunately, organizations like National Coalition for the Homeless are working hard to combat these obstacles and encouraging unhoused people to cast their ballots – but in doing so, they must navigate a process that was not designed to account for homelessness.

American democracy is a system of place-based political rights. Citizenship confers the right to vote, but it is our residency – at the municipal, district, and state levels – that makes us eligible to vote in a particular set of elections. By guaranteeing a long-term connection to the place where we are registered to vote, stable housing safeguards the right to political participation.

As Reform Jews, we pride ourselves on our longstanding commitment to voting rights. We believe our democracy is stronger when all people participate in it, echoing Rabbi Yitzchak’s teaching: “A ruler is not to be appointed unless the community is first consulted” (Babylonian Talmud Berachot 55a). This election season, the RAC is mobilizing our network through the Every Voice, Every Vote campaign to ensure that every vote is counted and every voice is heard—but we must remember that this work does not end in November.

Currently, 15 percent of American renters say they are behind on rent payments, a rate that rises significantly among renters of Color. The Centers for Disease Control and Prevention enacted an eviction moratorium that extends through 2020, but this executive action did not include any funding and once the moratorium expires, millions will still be unable to pay their rent. According to one estimate, homelessness could rise by as much as 45 percent in the absence of substantial federal relief measures.

This is one of many reasons why the Reform Movement supports a COVID-19 relief bill that will alleviate economic hardship, which puts tens of millions of Americans at risk of eviction and homelessness. Torah commentator Rashi taught that we should help our struggling brethren and “strengthen [them] as [they] begin to fall.” By preventing people from experiencing homelessness in the first place, we can protect their ability to care for their health, earn livelihoods, and take part in our democracy.

We invite you to join our efforts to build a more inclusive democracy and promote economic security. Sign up to join our “Every Voice, Every Vote” campaign, and ask your elected officials to support COVID-19 relief legislation that prioritizes those most vulnerable.

END_OF_DOCUMENT_TOKEN_TO_BE_REPLACED

The Religious Action Center outlines our legislative priorities to members of the 117th Congress, urging them to join us in the pursuit of a more just and compassionate world.
Civil Rights & Voting Rights
Image

The Union for Reform Judaism shares resources for use in congregations and Jewish communities, as well as by families and individual, in our shared pursuit of justice.
Social Justice
Image