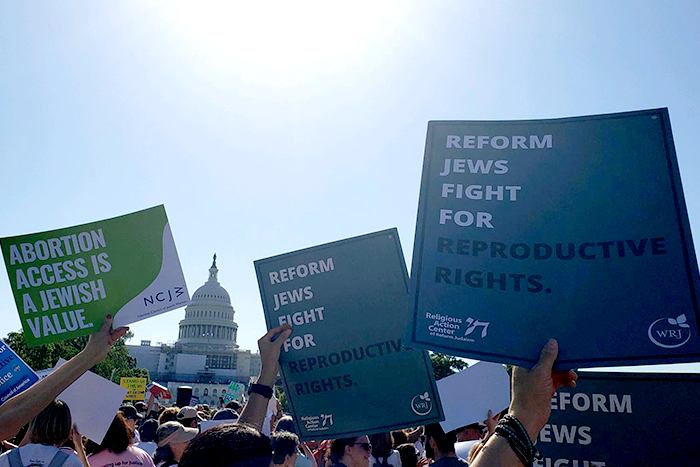 In the spring of 2021, the Arkansas General Assembly adopted an anti-transgender law (House Bill 1570), criminalizing medical professionals when they provide or make referrals to colleagues to deliver gender-affirming health care to minors. Amanda Orgel, then President of Congregation B’nai Israel in Little Rock and Manager of Youth Services at Central Arkansas Library System, was not a member of the Arkansas General Assembly; and if she were, she would have been among the pitifully small minority of legislators who voted against the bill and sought to uphold Governor Asa Hutchinson’s veto. In other words, Amanda could not stop what the Governor called a “product of the cultural war in America,” a bill that is “overbroad, extreme and does not grandfather young people currently on hormone treatment.”

And yet, Amanda was not helpless. She arranged a display in the Main Library, featuring a sign: “The …Teen Center is a Safe Space. We Support LGBTQA Youth and Teens.” Also on that table, Amanda displayed over twenty books, with titles such as Trans Mission, Gender Explorers, and Trans Teen Survival Guide. Instead of despairing about what she could not change, Amanda did what she could: She ensured that transgender or gender nonconforming teens, or young people questioning their gender identity, who came into the Library’s Teen Center would be affirmed there.

Amanda also sent another none-too-subtle message: The General Assembly’s action would make Arkansas unsafe for transgender youth. And while a federal district court judge temporarily blocked the law just days before it was scheduled to go into effect last July, the state is actively working to reverse the injunction and recently argued its case before the Eighth Circuit Court of Appeals. As we await the outcome of these arguments, Amanda’s warning about the law’s potential impact remains just as relevant.

Similarly, with the Supreme Court ruling in Dobbs v. Jackson Women’s Health Organization, Arkansas’s near-total abortion ban will cause potentially deadly harm to pregnant people. In 2019, Governor Hutchinson signed this "trigger” law, despite reservations because it makes no exception for rape or incest.

When I attended a rally on the steps of our state’s Capitol, women recounted stories of abortion’s having saved their lives, as their pregnancies triggered depression that would have led to their deaths by suicide had safe and legal abortion been unavailable. These testimonies were from people with incomes that would not suffice to afford traveling to access medical care in Kansas or southern Illinois, the closest places where state law protects abortion. Now that state abortion prohibitions and restrictions have taken effect, low-income people who become pregnant and are unable to carry the pregnancy to term, whatever “unable” means to them, can be forced to carry an unwanted or perhaps unsafe pregnancy against their will if they don’t have the means to travel out of state for care.

Research makes clear that these laws are life-threatening to people seeking necessary abortion and gender-affirming care. To be clear, it is far more dangerous to carry a pregnancy to term than receive an abortion. Banning abortion will make pregnancy even more dangerous in Arkansas, which already has one of the highest child-bearer mortality rates in the U.S. And multiple studies show that transgender and nonbinary youth who received gender-affirming care experienced lower rates of depression and suicide.

As a rabbi, I am cognizant of both how these laws will harm the health and wellbeing of members of my community and how they will impact the future of our Jewish communities. Major employers have also made their concerns clear: They wonder whether they will be able to attract high quality employees to Arkansas and other states burdened with such laws. Business leaders in my state and others worry that new businesses will not move to states with these laws, because they will not want to subject their employees to them. The type of employees and potential employees about whom these major employers are concerned are the very same people who would be likely to consider membership in a Reform synagogue. Our congregation’s members and our membership rolls, alongside those of Reform synagogues in other states like ours, are likely to suffer as a result of repressive state laws.

Moreover, I am 59, and I do not anticipate getting any younger. One day, Congregation B’nai Israel will be searching for a rabbi to succeed me. Rabbinic turnover will come to all URJ congregations in time. Even without a rabbinic shortage, attracting CCAR rabbis to all but the largest congregations in states with oppressive laws is challenging under the best of circumstances. That problem may be considerably worse going forward. Rabbis who may become pregnant, and/or who have minor children or may in the future, may be very reluctant to move to a state where their rights and their children’s rights would be impinged.

No, rabbis would not suffer more from these laws than other residents of states with repressive laws, nor will Jewish people considering a move suffer more than others who might be offered a position in one of these states. However, Reform Jews, and particularly Reform rabbis, will be especially conscious of these restrictions on their rights and therefore more reluctant than some others to relocate to states where their rights would be curtailed. The harm to many URJ congregations’ members, membership numbers, and to their ability to attract quality rabbis, may be significant. 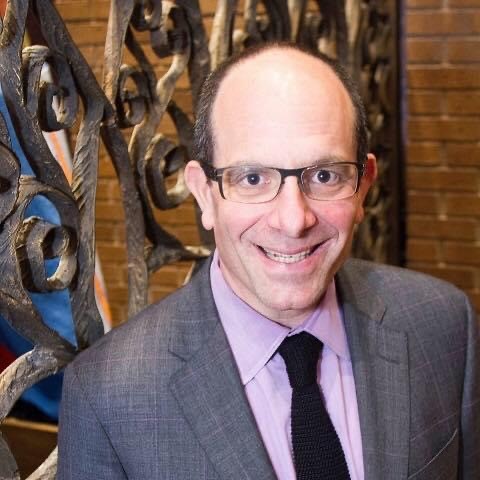 Rabbi Barry H. Block serves Congregation B’nai Israel in Little Rock, Arkansas and is Vice President of Organizational Relationships of the Central Conference of American Rabbis and a member of URJ’s North American Board. He is the editor of two award-winning books, The Mussar Torah Commentary and The Social Justice Torah Commentary, both from CCAR Press. He is the father of Robert and Daniel, two emerging adults deeply engaged in Judaism and the pursuit of justice.