Gun Violence Prevention: One State at a Time 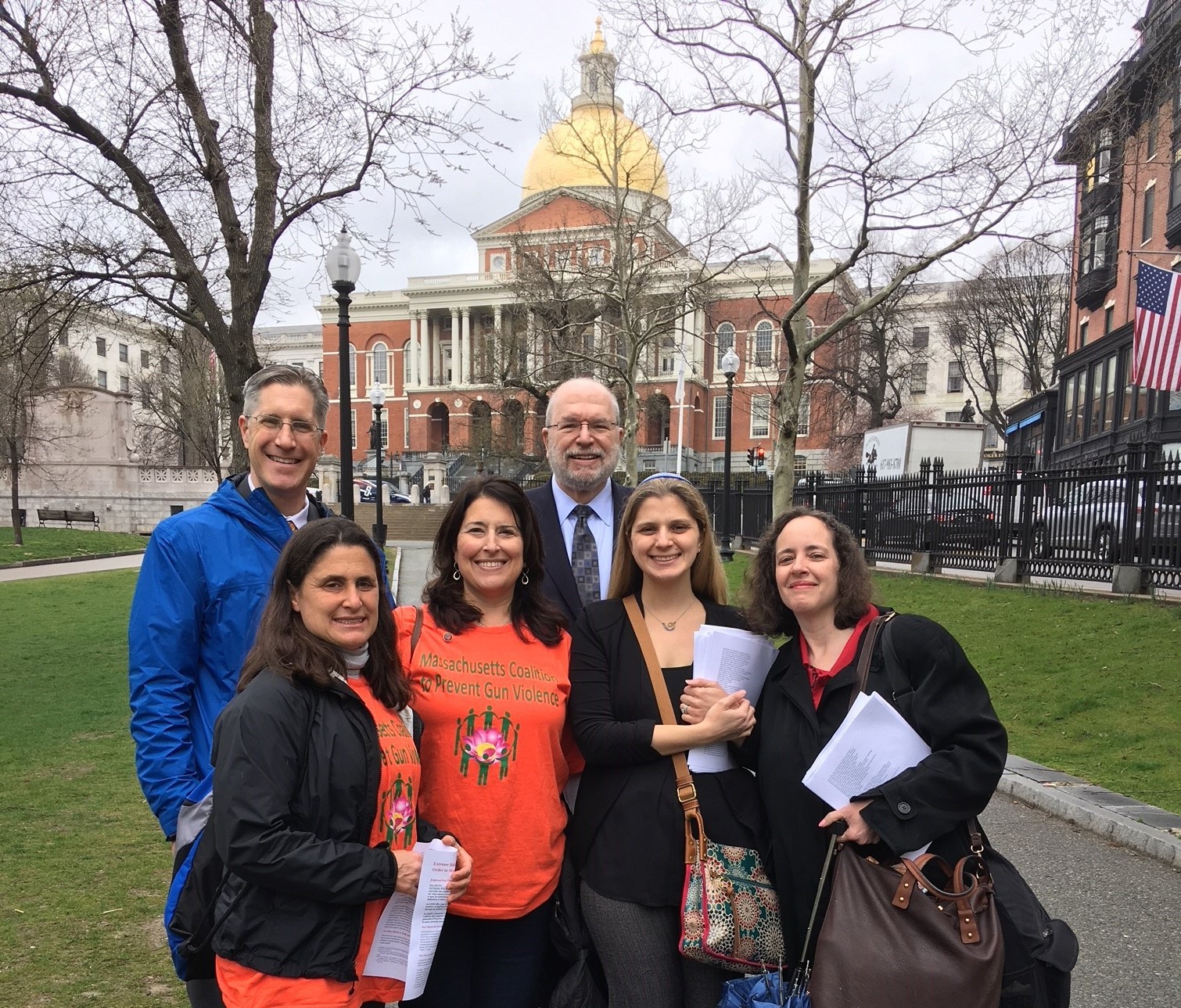 My first personal exposure to gun violence was as a teenager. I had a weeklong internship at a courthouse, and coincidentally a murderer from my hometown was being sentenced that week. A young man had shot his grandmother with the family hunting rifle.

My next experience was going to the shiva for a friend’s father who was shot outside his store.

After that, I had the experience of consoling a congregational family whose toddler was killed by another child who was playing with a gun that was left out in the house.

Gun violence is always personal, horrifying, and tragic, and that is why gun violence prevention is – and long has been – a major priority of the Reform Movement. Led by our students in NFTY, we know that marching is just the beginning. Advocating for new laws has to come next. The prophet Ezekiel told us to “banish violence and oppression” (Ez. 45:9), and that is what we must do.

There is no one law that is going to solve all of gun violence. Instead, as analyst Nicholas Kristof argues, we have to take an approach of a network of laws. The same way we reduced automobile fatalities through a variety of means (airbags, mandatory recalls, seatbelts, speed limits, and an educational campaign about drunk driving), we need a safety net of laws around guns, and they must be adequately funded and enforced.

The Giffords Law Center (named for Rep. Gabby Giffords of Arizona who was injured in a shooting in 2011) proposes six laws for gun violence prevention, taking a multi-faceted approach. States that have five or all six of these laws have low gun violence incidents; states that have one or none have a relatively high number of gun deaths and injuries. There is a direct correlation. Common sense gun laws address:

The reaction to the shooting in Parkland has changed some attitudes in our country with real results. Vermont, which previously had none of the six laws of gun prevention, just passed all six at once on Friday, April 20, the anniversary of the shooting in Columbine. And right now in my home state of Massachusetts, which already has 5 out of the 6 laws, a bill is being put forward in the state legislature to close the gap for an extreme risk protection order.

If this bill becomes law, a family member will be able to petition a judge to take away a family member’s guns or keep them from buying a gun if they fear this person is a danger to themselves or others. The police can then take away a gun to prevent a tragedy, and the case will be reviewed within the week to ensure due process. Eight other states have already passed a similar kind of law, and it is pending in 27 other states. Police chiefs are coming out in favor of this kind of measure, saying it makes their job easier and will save lives.

The Reform Jewish community has been very active in the Massachusetts Coalition to Prevent Gun Violence. On Wednesday, April 25, Reform rabbis and lay leaders joined an interfaith group to hand-deliver letters to every Massachusetts representative and senator in favor of passing an Extreme Risk Protection Order. We walked the halls of the Statehouse with our coalition partners in orange T-shirts, and we will keep coming back until this law is passed. It is literally a life or death issue.

In the Talmud, we read “we may not sell weapons or their accessories to dangerous people” (Avodah Zarah 15b). The Torah also says, “You may not bring blood upon your house” (Deuteronomy 22:8), which Rabbi Natan in the Talmud understands to mean not to allow a dangerous object or situation to exist in one’s home (Bava Kamma 46a). Finally, in the Torah God says, “Listen! Your brother’s blood cries to Me from the ground!” (Genesis 4:10). We have heard enough blood crying from the ground from our sisters and brothers. If we cannot get common sense gun laws passed on the federal level, then we have to do so state-by-state, law by law.

Write, call, email and show up: we all have to work together with persistence if we want to change this American epidemic of gun violence.

Rabbi Joseph Meszler is the spiritual leader of Temple Sinai in Sharon, Massachusetts. Rabbi Meszler has been a Brickner Fellow through the Religious Action Center of Reform Judaism, is a member of the Hevraya of the Institute for Jewish Spirituality, and recently served as a Global Fellow with American Jewish World Service in 2017-18

Rabbi Joseph Meszler is the spiritual leader of Temple Sinai in Sharon, MA. Rabbi Meszler has been a Brickner Fellow through the Religious Action Center of Reform Judaism, is a member of the Hevraya of the Institute for Jewish Spirituality, and recently served as a Global Fellow with American Jewish World Service in 2017-18.