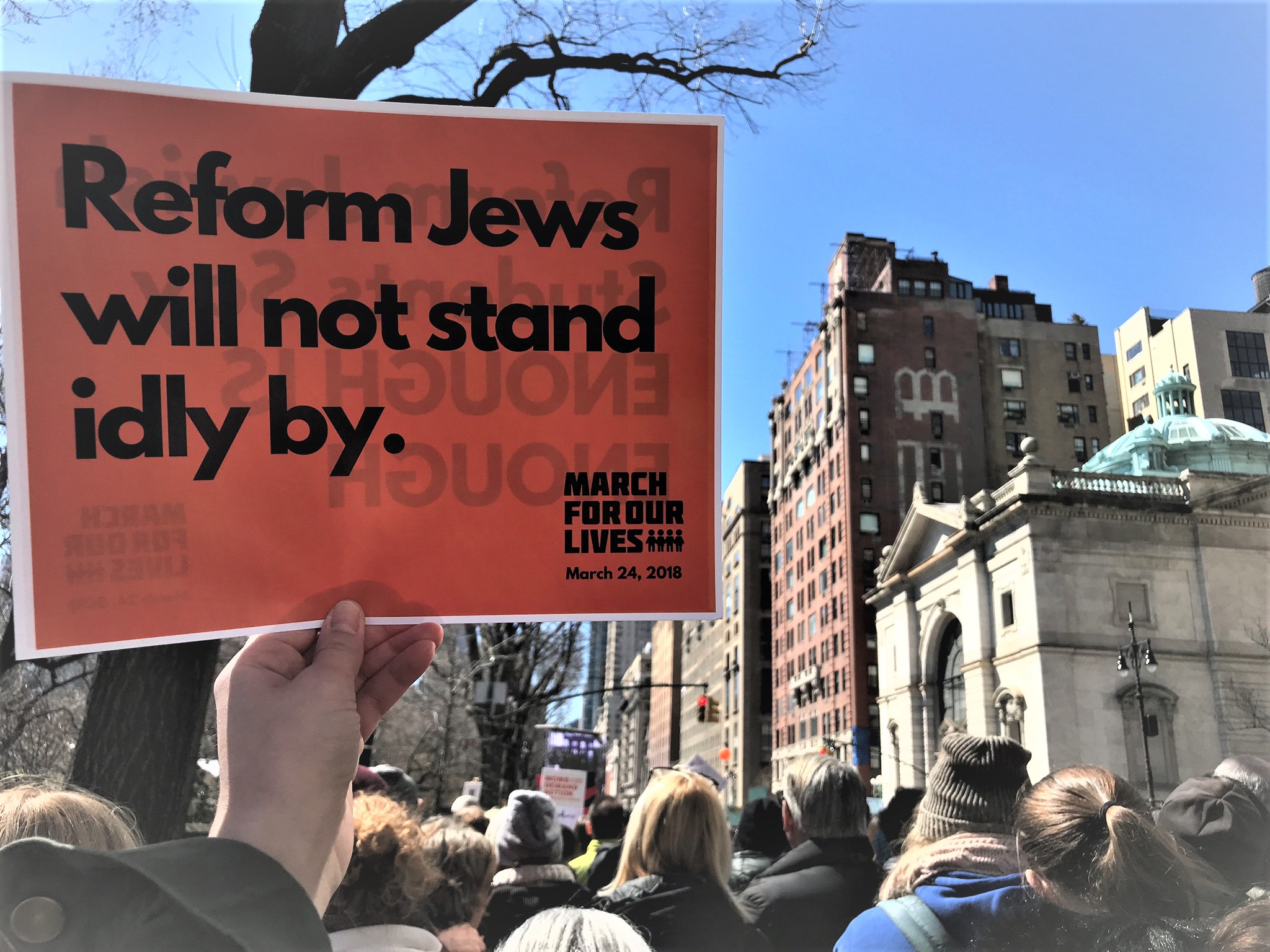 June is Gun Violence Awareness Month, a time for heightened attention to confronting the plague of gun violence that ravages our streets, schools, and houses of worship. The coming weeks will be filled with opportunities for gun sense activists to come together and fight for a future free from gun violence -- and Reform Jews are poised for action.

Fifteen months ago, the Reform Movement launched our youth-led, largely youth-focused gun violence prevention campaign. Based on our growth and success, we are excited to now open  this campaign to the Movement as a whole: still youth-led, but with deep adult partnership and the goal of mobilizing our entire Movement, congregation by congregation, community by community, together with our student leaders.

We have much to celebrate as we venture into a new stage of mobilization. Ahead of the 2018 elections, our gun violence prevention campaign yielded incredible outcomes:

Since the November 2018 election, we have worked to expand our reach and cultivate effective leaders to engage people in their home communities around reducing gun violence:

Is your congregation or community ready to organize around addressing gun violence?

Join a call on June 25 where you can learn more about our cohort of congregations working on gun violence prevention. We will host monthly check-ins to share best practices and connect congregations doing similar work and facing similar challenges, receive trainings led by RAC staff and experts in the field -- including our first cohort of GVP Fellows -- and grow our ability to mobilize as a Movement when legislative opportunities arise.

And this is a moment ripe for legislative change. Since last year’s observance of Gun Violence Awareness Month, the gun violence prevention community has been given many reasons to grieve, and even more reasons to hope. Over the past year, we saw policy change at every level of American government. Local and state legislatures enacted new and dynamic laws to mandate safe storage, ban high capacity magazines and impose “extreme risk” protections, to name just a few of the exciting developments we have observed.

As we continue working toward further policy change, successful advocacy efforts have  produced historic achievements at the highest level of federal government. In the past six months alone, the House of Representatives passed legislation to close the 72-hour “Charleston” Loophole and institute universal background checks. Additionally, the House Appropriations Committee unveiled a robust plan to secure funding for gun violence prevention research in the Centers for Disease Control and the National Institutes of Health. The Senate held a hearing on extreme risk protection orders and has mirrored the House with the introduction of bills that would save lives and make our communities safer, such as the Assault Weapons Ban of 2019 (S.66) and the Background Check Expansion Act (S.42).

We witnessed an executive action from the Trump administration that banned the production and sale of bump stocks, evidence that gun safety voices have permeated even officials ardently aligned with the gun lobby.

If your congregation or community is ready to contribute to that growing voice, join our call and learn more. Together, as a Movement, we can stem the tide of gun violence in America.

Logan Zinman Gerber is the national teen campaign organizer at the Religious Action Center of Reform Judaism, working with high school and college students on the Reform Jewish Movement's gun violence prevention strategy and civic engagement. An alumna of the University of Wisconsin and the University of Chicago, Logan started her career working for Ceasefire, The Joyce Foundation, and Chicago Public Schools, and spent the last seven years working as NFTY's Chicago director. She is humbled to get to wake up every day and support our youth leaders in their pursuit of justice.