In a disturbing new report, the Anti-Defamation League (ADL) found that the number of murders committed by white supremacists in the United States more than doubled in 2017 compared to 2016.

According to the ADL, white supremacists and other far-right extremists committed the majority of extremist-related murders in the United States in 2017—fifty-nine percent—far surpassing the number of murders committed by domestic Islamic extremists or other extremists.

These sobering numbers reflect a reality that has personally threatened many Americans over the past year. Communities across the country have been the object of deep-seated racism, anti-Semitism, and bigotry. Public displays of hate and white supremacy, driven by an emboldened “alt-right” movement, were captured in headlines throughout the year.

The violent ideology that fuels this alarming trend is the same bigoted dogma that motivates white supremacists to commit hate crimes, bias incidents, and other crimes targeted against individuals or communities based on their identities.

Violence committed by white supremacist groups deserves our utmost attention and the attention of the federal government. Recent statements from the Trump administration, however, have indicated that they have not yet recognized the extent to which white supremacist violence threatens American citizens.

Last week, the Trump administration published a misleading report concerning “foreign-born” terrorism. Touting the report, President Trump tweeted “that nearly 3 in 4 individuals convicted of terrorism-related charges are foreign-born.” However, the Trump administration failed to note that the report actually found that three out of four individuals convicted of “international terrorism-related charges” were foreign born, a key distinction.

Further, the Trump administration’s report attempted to blame specific cases of international terrorism on the diversity visa lottery program and our immigration system’s focus on family reunification, despite the fact that numerous individuals named in the report did not did not enter the country “through our immigration system,” as was asserted by the White House. Moreover, the report contained numerous cases in which foreigners were extradited to the United States to face trial, and instances in which the charges were filed for attacks committed overseas.

The deceptive message from the administration was clear: extremist violence is primarily perpetrated by foreigners. President Trump’s decision to focus on extremism as a foreign-born phenomenon is not only misleading, but also part of a broader effort by the Trump administration to link the interests of U.S. national security to the administration’s harsh, anti-immigration agenda.

This sort of distortion is both distracting and harmful, as it misrepresents the reality of extremism in the United States. The report omitted any mention of murders committed by white supremacists, despite the FBI reporting in May that white supremacists “were responsible for 49 homicides in 26 attacks from 2000 to 2016,…more than any other domestic extremist movement.”

The ADL’s most recent report indicates the deeply dangerous reality of extremism in the United States, and the outsized role that white supremacist violence plays within it. If President Trump is serious about combatting violence committed by extremists, he and his administration must train their attention on the threat posed by white supremacist groups.

As Jews, we fight against bigotry and extremism in all its forms because we have experienced the danger of hate first hand. White supremacists and other right wing extremists have been responsible for 71 percent of all extremist related fatalities over the last 10 years, according to the ADL. While it is important to focus on extremism in all of its forms, we urge President Trump to focus on the clear and present danger right before us: white supremacists and their hateful agenda.

Matt Fidel is an Eisendrath Legislative Assistant at the Religious Action Center of Reform Judaism in Washington, D.C. Through his work, he helps lead the Reform Movement's criminal justice reform efforts. Matt is originally from Pittsburgh, PA, and is a graduate of the University of Michigan.

As we face the world’s worst global refugee crisis, the United States has failed to
Worship
Image

This year, as I write about Jewish Disability Awareness, Acceptance, and Inclusion Month (JDAIM), I
State-Based Projects
Image 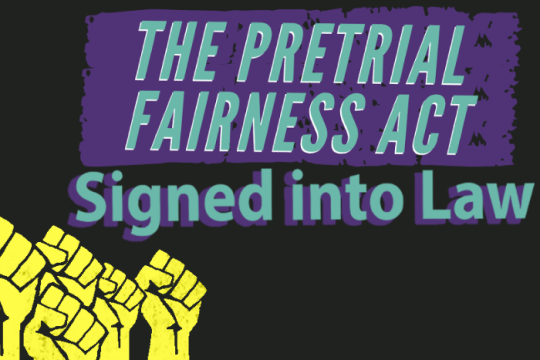