Conspiring to strengthen democracy in 2020 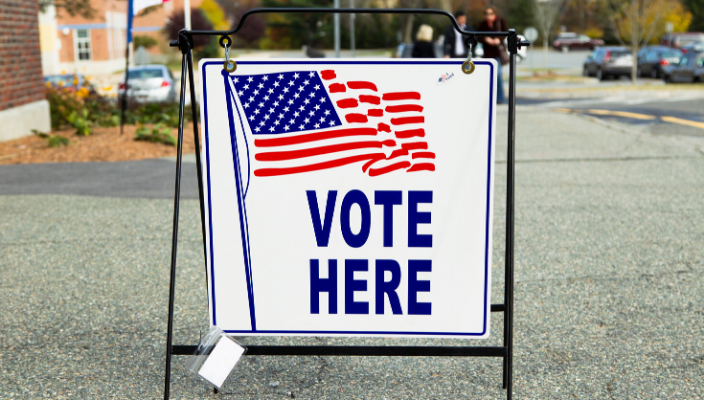 Register for our virtual town hall launch of Every Voice, Every Vote: The Reform Movement’s 2020 Civic Engagement Campaign on May 19 at 8 p.m. ET.

The COVID-19 disease has taken so much from humanity over the last few months. First and foremost, the virus has taken thousands of lives in North America and across the world. As we undertake prudent social distancing measures, it has also taken our ability to conspire for a more just and compassionate world. The word “conspire” has taken on a negative connotation, but it originally comes from the Latin roots spirare, meaning “breathe,” and con, “together with;” literally, to breathe together. Collective breath is central to both Judaism, where we refer to the Divine as ruach Elohim – spirit, or breath of God – and in democracy movements, built of people sharing breath in close quarters as they organize, march, and bring about justice.

This modern plague has stolen our ability to conspire with physical presence, but it calls us to create a deeper conspiracy: to fight illness, to protect those most in need, and to strengthen our democracy. Effective, capable leaders working with faith and other communal leaders are essential to achieve those goals and the Reform Movement’s civic engagement campaign has never been more relevant.

Now is the time for Reform Jews across the U.S. to use our voices and our votes to promote our values and ensure strong leadership at every level of government. Promoting  participation in our democracy  and defending  the right to vote have long been cornerstones of the Reform Movement’s social justice efforts, led by the Religious Action Center of Reform Judaism. In light of the urgency of the present moment, I am all the more proud to launch this year’s Movement-wide civic engagement campaign: Every Voice, Every Vote and invite you to join our virtual town hall to launch this campaign on May 19 at 8 p.m. ET.

This campaign will build on our success during the 2018 election cycle, when Reform Jewish communities engaged nearly 160,000 voters nationwide. Our communities registered voters, organized candidate forums, and helped pass historic state ballot initiatives including Amendment 4 in Florida, which restored voting rights for 1.4 million formerly incarcerated individuals. This work was rooted in our enduring Jewish values and our pursuit of a whole, justice, and compassionate world.

As we enter the 2020 election cycle, Reform Jewish communities have spent the last two years deeply engaged in the Brit Olam, our covenant with the world.

Our commitment to the Brit Olam, through national issue-based cohorts and our six state projects, has helped us make progress on critical issues that speak to our most sacred values. This work will be further realized through this year’s civic engagement campaign, which will encourage and help facilitate the right of all U.S. citizens  to vote -- because we know that democracy is strongest when everyone participates and  suffers when citizens are shut out from the democratic process or choose not to engage.

The Jewish people have been in narrow places before and we have always emerged on the other side. We have come through by conspiring to resist injustice. The catastrophic plague we are facing at the moment will pass – but it won’t pass on its own. Every Voice, Every Vote is your opportunity to help ensure that those who lead our government at all levels are committed to values of justice.

Every Voice, Every Vote has three overlapping areas of work:

An important part of this work is recognizing that while we can have an impact in our own communities, our work is much more powerful when we do it in partnership with communities across lines of difference. This campaign provides a critical opportunity to build and strengthen these partnerships. Additionally, we believe that the most effective way to engage our communities in these efforts is through the leadership of a local team, and the RAC remains committed to offering the training and support to help our communities develop the foundational organizing skills needed to carry out impactful civic engagement efforts.

Over the next seven months, we hope to bring the full force of the Movement to bear and reach 250,000 voter engagements, so that every voice has the opportunity to vote in this election.

Are you ready to use your voice and participate in our Civic Engagement Campaign? Here are a few next steps you can take to move into action:

This past December, our Movement gathered in Chicago for the 2019 Biennial. In front of thousands of Reform Jews I spoke about how democracy and voting rights are as sacred as they are personal, and I asked , “What will you do at a time such as this?” Four months later, this question is even more timely. One answer that each of us can commit to is engage in this election cycle through Every Voice, Every Vote, and act to protect our democracy. Will you join me?

Register now for our upcoming virtual town hall (May 19, 8 p.m. ET) to get started.

Join the Brit Olam Communities group in the Tent, the URJ’s platform for online collaboration and communication, for future campaign updates and to connect with leaders from across the Movement who are involved with civic engagement efforts!

END_OF_DOCUMENT_TOKEN_TO_BE_REPLACED

The Religious Action Center outlines our legislative priorities to members of the 117th Congress, urging them to join us in the pursuit of a more just and compassionate world.
Voting Rights
Image

The Union for Reform Judaism shares resources for use in congregations and Jewish communities, as well as by families and individual, in our shared pursuit of justice.
Civil Liberties
Image