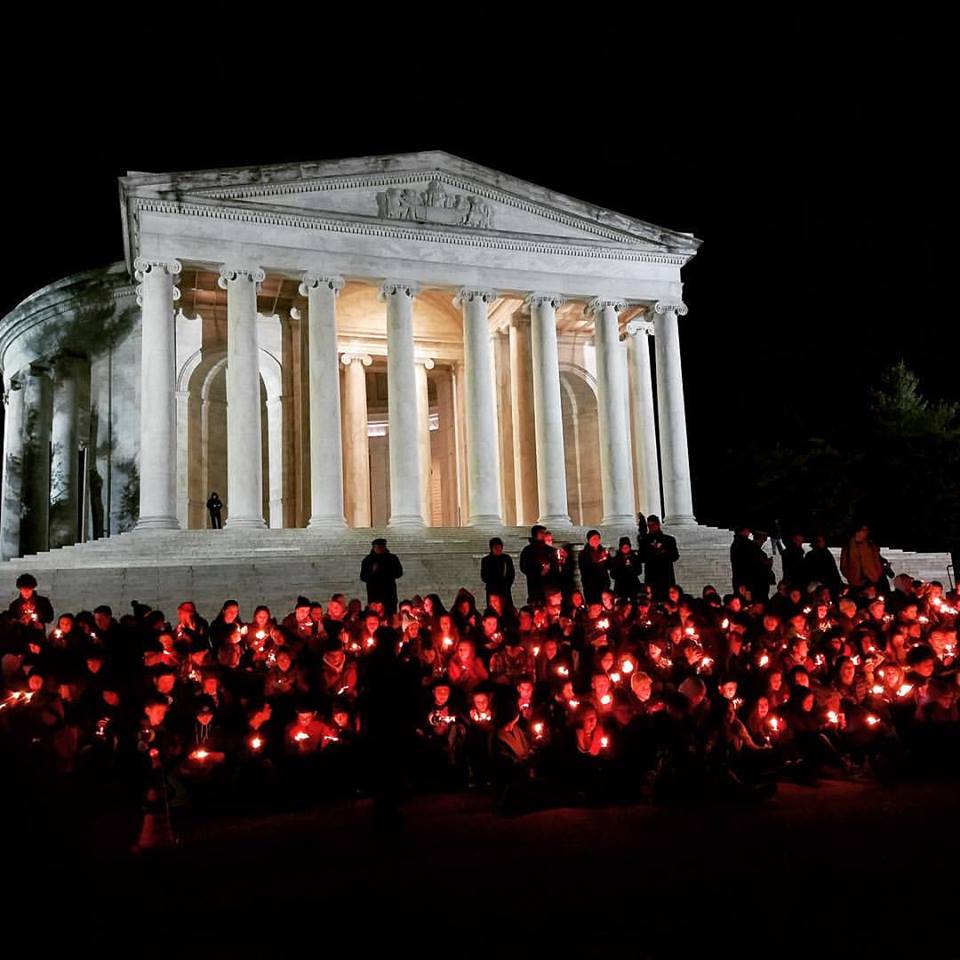 Inspired by Rabbi Marcus Burstein's commitment to Torah, social justice and developing a new generation of Jewish leaders, the Rabbi Marcus Burstein Fellowship strengthens the group of college students and young professionals helping lead the L'Taken Social Justice Seminars. This fellowship opportunity was made possible by Rabbi Burstein’s widower, Eric Larson. The L’Taken seminars provide an experience for Reform Jewish teens to gather in Washington, D.C. with hundreds of their peers and explore what Judaism has to teach about the issues facing our world. The Burstein Fellows support this work as leaders, teachers, and mentors for the teens.

Hear from the 2018 Burstein fellows about their experience:

Andrew Keene is a student at Drexel University, former NFTY President, and a layleader of URJ Kutz Camp and the World Union for Progressive Judaism:

Millions of people come to DC each year to see our nation’s capital. Some come to see the White House, others to take photos on the steps of the monuments, many to take a tour of beautiful Capitol building. Amongst those millions, each year, are 2,000 teens who come to Washington DC not to witness democracy from the sidelines, but rather to take an active role in it.

Hotel meeting rooms and ballrooms become laboratories for teens to strike a deep and personal connection to a topic facing our country, one that is rooted in our sacred texts and tradition. Maybe they came to DC already passionate about a certain topic, but in many cases teens’ eyes are opened wide to harsh realities of poverty, immigration, and campaign finance reform, just to name a few.

Over the course of a few short days, teens are prepared and empowered to walk up Capitol Hill and live out our Jewish value of speaking truth to power. In their meetings with elected officials, they make their case and the Jewish case for a more just world, one that can be achieved in part through legislation and the democratic process. Watching and being part of L’Taken for several years has been a remarkable experience. In our complicated world, it’s easy to be a “tourist” and watch from the side. The Reform Jewish teens who come to L’Taken arrive in DC with some combination of excitement, nervousness, and uncertainty, and leave as social justice advocates in their own right.

Avra Bossov works on the Communications team for the Association for Talent Development, and is an alumna of URJ Camp Coleman, layleader of URJ Kutz Camp, and a former NFTY regional and North American Social Action Vice President:

L’dor vador – from generation to generation. Time and again, I’ve been reminded through my experiences with the Reform movement how important it is to leave a legacy and to support those who come after you. The Rabbi Marcus Burstein Fellowship was a poignant representation of what it means to live your values, and to inspire the next generation to uphold those values in their lives.

As this L’Taken season comes to a close, I’m reflecting on the past 6 seasons I’ve had the privilege to work at as a staff assistant, and how at every turn, I have been a part of inspiring that next generation, just as others had sparked my interest and dedication to social justice.

Welcoming teens and their chaperones from congregations across the country to my city of Washington, DC, the city where I found and put my voice into action, has been an integral piece of my Jewish journey. I know I speak for all the Burstein Fellows when I say that Rabbi Burstein’s spirit of kindness, gratitude, and moral compass lives on in each of the hundreds of teens I’ve interacted with through L’Taken.

Phillip Kossover is a recent Physics graduate and NFTY-GER alum. He is currently working in Washington D.C. and plans to pursue further education in the field of Science Policy and Management:

Rabbi Burstein worked to light a passionate fire in Jewish youth and young adults. It was his life’s work. At recent L’Taken seminars, one of the most pressing issues was gun violence prevention. This problem resonated with the participants, and we listened as they shared their stories and innermost fears. It is a movement led by young adults who are standing up to demand change and speak truth to power. I believe that Rabbi Burstein would be proud. We were humbled to be there in his name to witness and help support the participants. We could not be more honored to be a part of this fellowship.

Aliya Levinstein is a 2016 graduate of American University and currently works in the area of Administrative Law. Originally from New York, she was a NFTY-GER participant, as well as an alum of multiple URJ programs, such as Mitzvah Corps, NFTY in Israel, The Kutz Camp, and Machon Kaplan:

Being part of the Burstein Fellowship allowed us to witness the L’Taken participants’ realization of how powerful their own voices can be. Whether we are leading discussions or overhearing passing conversations, the participants are engaged and excited to bring about change. They are prepared and confident to not only discuss difficult issues with their Congressional representatives, but are also ready to take that knowledge home to continue those same challenging conversations. Being a part of this fellowship has not only allowed us to actively help the participants come into their own, but also taught us how to be better advocates, better Jews, and better people while interacting with them.

Lucy Brown is a sophomore at Oberlin College, a former RAC intern, and an alum of NFTY-MAR and URJ Kutz Camp:

Even as a more experienced staff assistant at L’Taken, I still felt that I learned so much this year. As a Burstein fellow, I had the opportunity to work at three L’Taken seminars in a row which made me feel even more invested and engaged in the program. At each of these seminars, I also got to work with the other fellows, each of whom had something to teach me about L’Taken from their own experience and passion for the program. I have definitely come out of this experience with a deeper knowledge of how each part of the program works and of how passionate the people are who make it happen.

Samuel Dorow is a sophomore at the George Washington University. Growing up in NFTY, becoming a Staff Assistant and Burnstein Fellow with the RAC was a perfect opportunity for Jewish based growth:

Approaching L’Taken weekends is always exhilarating. The feeling of empowering the next generation to utilize their political voice is powerfully unique. Being a Burstein Fellow only made these weekend long experiences much more special. Having a voice in the coordination of such an impactful event while being able to watch the growth of both students and staff assistants is something I wouldn’t trade for the world. Being able to do it in such a critical political climate creates a generative dialogue on how we can provide the world with what it needs.