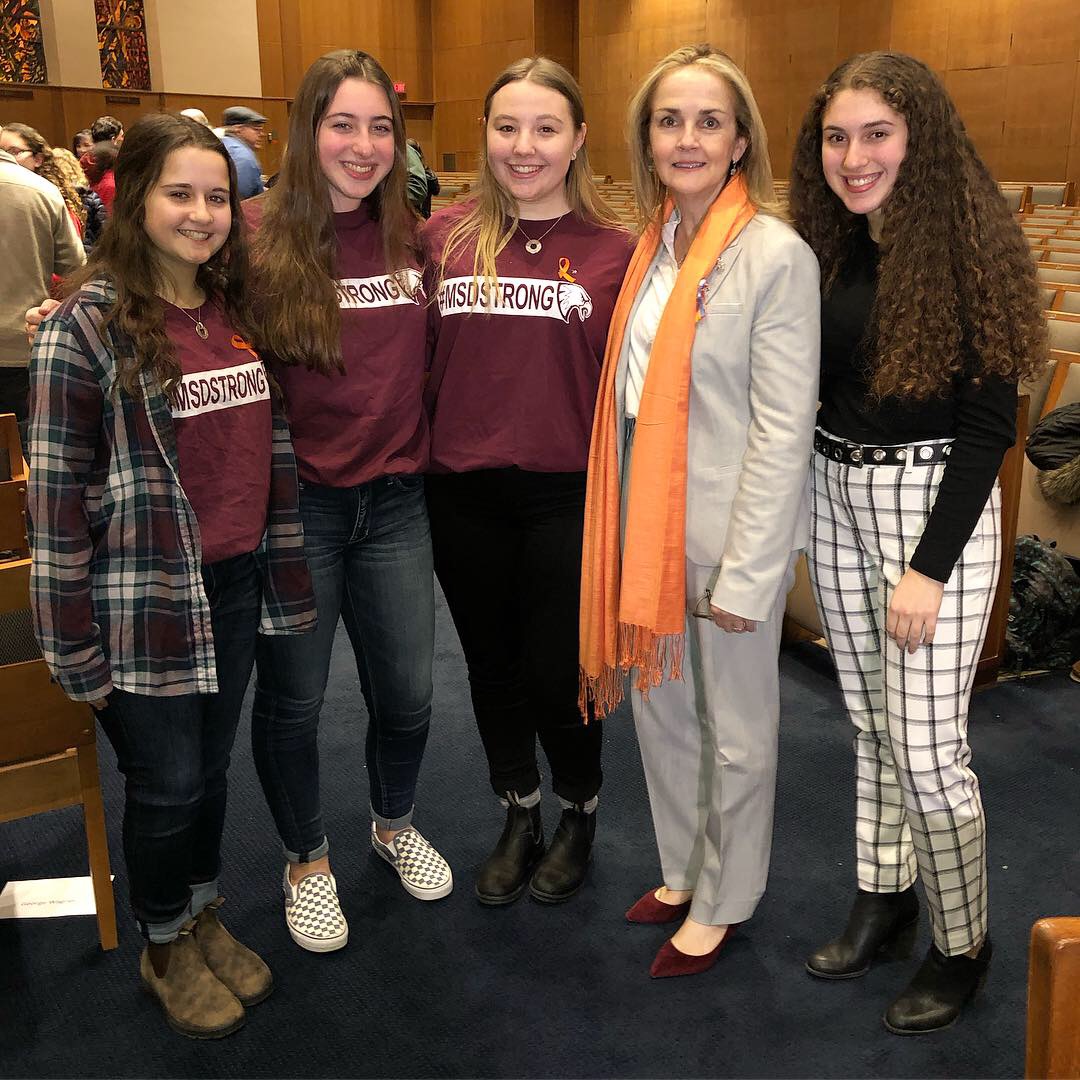 This past January, I, along with my confirmation class, had the opportunity to attend L’Taken, the RAC’s social justice seminar for high schoolers. During L’Taken, we hear from RAC staff about a wide variety of policy issues, then choose one to lobby our members of Congress about on Capitol Hill. The choice was easy for me – I knew I wanted to talk about gun violence.

We spent the day writing our speech for Congress. As I learned more statistics and facts about gun violence, I was stunned. Seeing the impacts of gun violence in society and learning about Congressional inaction made me realize that something needed to be done. As we walked into to the Capitol building, I took a deep breath, held onto my speech tightly, and held my head up, ready to make a change. We walked to Congresswomen Dean's office first. Rep. Dean’s staffer greeted us and welcomed us into the meeting room. After finishing our speech, Rep. Dean’s staffer let us know that she was a cosponsor of H.R. 8, a bill supporting universal background checks for all gun sales. Our last meeting was with a representative from Senator Casey’s office. We were informed that Sen. Casey was also ready to end gun violence by cosponsoring many bills.  Walking out of the meetings, I knew we were in good hands and many people were in favor of ending gun violence. But, I knew these Senators and Congress members weren’t the only ones with a voice. I had a voice and I knew it was time to speak up and take action.

Speaking with my member of Congress about ending gun violence was such an empowering experience for me, and I knew I wanted to bring the lessons of L’Taken home. After I returned home, my rabbi at Reform Congregation Keneseth Israel, Rabbi Stacy Rigler, invited a few teens to stay late after our temple youth group board meeting, to discuss an idea she had to honor the anniversary of the Marjory Stoneman Douglas shooting. We all began to brainstorm ways that we could honor this tragic anniversary and call our community to action to end gun violence. Maybe we could invite a student from Stoneman Douglas, or maybe even a Congressperson. We thought the best we could hope for was an audience of 50-100 people.

We looked at each other, thinking this was an almost impossible task, yet we were full of determination and excitement. Later that night, we created a flyer, sent emails to local synagogues, and made phone calls. The next week, we received the news that Samara Barrack, a sophomore from Marjory Stoneman Douglas High School would be able to speak. One week later, 4th Congressional District Representative Madeleine Dean agreed to join us and speak as well.

We created a sign-up sheet to get an estimate on how many people would be attending. Day after day the numbers went up, reaching around 350 people. When February 19, the date of the event, arrived, we walked proudly into our congregation, smiles on our faces, ready to make a change. As people started to enter, we realized soon this event was going to have well over 350 people. People of all ages poured through the doors, not knowing what they were about to hear.

As the event began, Samara Barrack shared her eye-opening, hearting breaking experience surviving the tragic shooting at Marjory Stoneman Douglas High School. Following Samara, Congresswoman Madeleine Dean spoke about her perspective of gun reform. She powerfully spoke from her point of view as a mother, grandmother, and a Congresswoman. As the evening came to a close, we stood together as a community to honor and remember those lost in the tragedy.

The words that Congresswoman Dean spoke to my fellow teens and I will not leave my mind:

“Stay with me on this. It is teens like you who will make this difference. Your voices must be heard.”

Sitting in the front of the room and looking out at the audience, a feeling of confidence, happiness, and a sense of leadership passed through me. This experience taught me that one idea can make a huge difference, as long as you work hard to make it happen.