Bearing Witness to the Immigration Crisis at the U.S.- Mexico Border 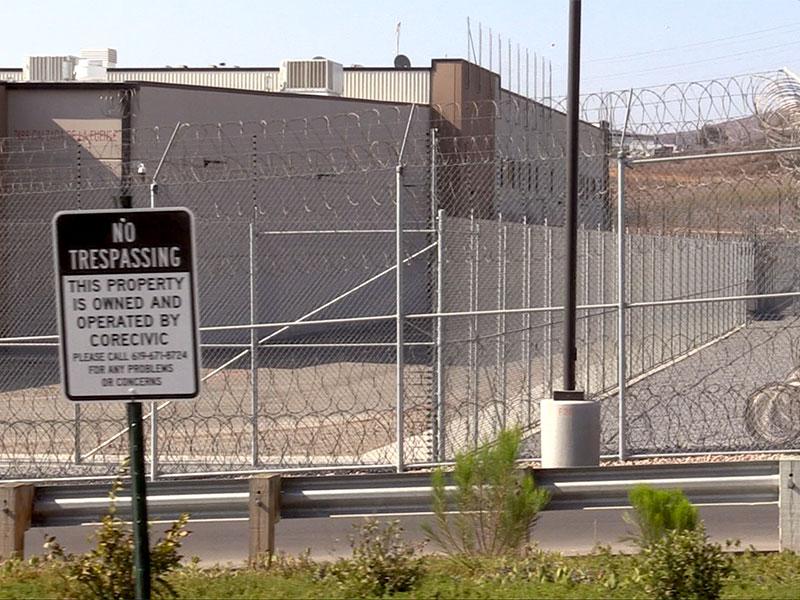 This post is adapted from a report written for the Reform Movement's Commission on Social Action. Photo: Bill Swersey/HIAS.

We’ve all heard the news about our immigration crisis, but I recently had a chance to learn what is real and what is hyperbole. From August 21-22, I represented the Reform Movement as part of a 4-person delegation in a trip to the U.S./Mexico border.The trip, organized by HIAS and the ADL, gave 25 leaders from across the Jewish community witness to conditions at the world’s largest land border crossing: San Diego and Tijuana. I was especially moved to be on a trip organized by HIAS, which helped my own family in the aftermath of the Holocaust. It didn’t take long to realize how little I really knew of the tragedy at our border. Since the first step to solving any problem is to create awareness, I’m eager to share what I learned. Many of our immigration policies have been nonsensical and with devastating human costs, going back years. However, several important changes in the past year are, without question, compounding the suffering.

I visited a shelter for unaccompanied children caught at the border. The shelter houses 65 boys, ages 6–17. Most of the boys at this shelter are from Central America. Some have parents here (mostly undocumented), and they have now sent for their children to join them. Some have extended family in the U.S. who can take them. The few who do not have family are placed into the foster care system. All of the children have been on quite a journey and certainly have emotional scars as a result. But they really mostly seemed like kids…we waved to them at lunch, and they all waved back and were as curious about us as we were about them. A typical stay at this shelter used to be approximately 30 days. But recently, the Trump administration changed a rule and began to require that parents requesting custody of their children had to be fingerprinted, along with everyone in their household. The government does this to provide background checks, but the fingerprints are also given to the Department of Homeland Security. Parents are afraid that if they take custody of their child, the entire household will be deported. Also, parents living in communal situations many times cannot persuade the others to provide fingerprints. These children are being used as pawns to target their families in a ramped-up deportation strategy. The result is that parents who are, understandably, afraid are now keeping away, and the children are staying in shelters much longer (at government expense). No one seems to know where this will end.

Next, we visited Otay Mesa Detention Center. This is a privately run, for-profit prison for 1,500 men, almost all of them undocumented. The facility opened just three years ago and is already at capacity. Heavy metal double doors clang open and shut, and the entire building is surrounded by razor wire. The structure seems no different from any maximum-security prison, though it is technically a “detention center.” The average cost for the federal government to detain someone at this facility is $160 per person per night. Plans are underway to add 500 more beds. Inside this facility are several immigration courtrooms. We sat in on two courtrooms in session, attending several hearings for the detainees, who wear color-coded prison garb with the word DETAINEE on the back.

This operation is all very professional: The court is run by an administrative judge hired by the Department of Justice. The proceedings are recorded. On one side there is an ICE attorney representing the U.S. government, and on the other side is the detainee, a translator and, in many cases, a pro-bono attorney. We saw men from Central America as well as a group from Southeast Asia speaking an indigenous language to a translator listening via phone from a remote location. One of the detainees had family present during the proceeding, but most of the detainees were alone.

We also met with a wonderful young attorney who supervises the onsite staff of the American Bar Association. She told us about one case involving an MS-13 gang member. He was forced into the gang as a young child in his native country. His mother, fearing for her son, ran away with him to the U.S. Undocumented in the U.S., gang members here noticed his gang tattoos and again forced him to be in the gang, threatening his life if he did not comply. The young man turned himself in to detention to claim asylum and get away from MS-13. With pro-bono legal assistance, this man was granted asylum. He is now in college, doing great, and still sending his report cards and school attendance records back to the ABA attorneys, who are, of course, incredibly proud of him.

The next day, we traveled over the border to two shelters in Tijuana, one for women and children, and the second for men. Both are run by Roman Catholic orders. For women and children who wish to claim asylum, they go to the border and tell U.S. border agents that they want asylum in the U.S. They are given a number and told to come back when the number is called, typically in approximately four weeks.

What is most devastating about these cases is that the women and their children know they will be incarcerated for one to three years once they are allowed into the country. Plus, there is by no means a guarantee that the asylum claim will be won, and if not won, these women face deportation to their home country. Imagine what these women are fleeing if their situations are so dire that they are willing to endure the detention.

For me, the most wrenching stories we heard were from the men at the men’s shelter in Tijuana. They are mostly Mexican with no hope of a successful asylum claim because the U.S. accepts almost no asylum seekers who are Mexican citizens. These men are poor, and those we saw really only want to help their families or be with them. Many of these men just seemed broken. Amazingly, many in our group saw two of these men just the day before in the deportation hearings in the U.S. And now, here they were in the shelter in Tijuana. Incredibly, they shared their stories with our group.

One was a father of four, 31 years old, who saw no other way to provide for his family than to try to come to the U.S., where he had extended family who said they could help him get a job. His plan was to work for a few years in the U.S. and then go home. The border patrol agents seized everything he had with him, including his money. He broke down while speaking with us. The second man was 24 years old, again poor and wanting more for himself and his family. It was clear to me that he was not a gang member or a drug dealer; he was just someone looking for better opportunities for himself and his family. He was caught by border guards, who called him names he could not bear to repeat, and he chose to be quickly deported rather than face incarceration. He is now banned from entering the U.S. for ten years.

We met a man who told us his heart-breaking story. His wife and child are in the U.S., and they are U.S. citizens. He applied for a green card and was told that he would need to wait in Mexico ten years to receive it and, in the meantime, he would not be allowed in the U.S. So rather than endure a lengthy separation from his wife and child, he attempted to sneak into the country. He was caught and deported. And now with an immigration violation on his record, he holds little hope of ever becoming a U.S. citizen or even being allowed into the country. He was just anguished and trying to figure out what to do.

On my way home to Chicago, I noticed a woman wearing an ankle security collar with a female escort and two children (probably eight and ten years old). All were very solemn, and they stuck together as if their lives depended on it. From what I now know, this was likely a woman who came over the border and is making an asylum claim, and she was being escorted to a new detention facility. Or, she is out on bond and was being taken to extended family in the U.S.

The stories I heard were all unique, powerful, and incredibly sad. Throughout the trip what echoed for me words of Rabbi Hillel, and his definition of Torah while standing on one leg: “What is hateful to you, do not do unto others.”

The situation is complex and there are no “low-hanging fruit” easy solutions. Ultimately, we must advocate for a humane and compassionate immigration system that balances the needs of the U.S. to have secure borders and also creates an effective guest worker program, accountability for U.S. border patrol agents, and fairness and compassion for those who are so desperate (whether they are fearing for their lives or are simply seeking better opportunities for themselves and their families) that they are willing to endure such an arduous and uncertain journey.

Rabbi Hillel would want nothing less.

Alec Harris is a member of the URJ North American Board and the Reform Movement's Commission on Social Action.

For resources on how your congregation or community can get involved in this work, check out the RAC's North American Immigrant Justice Campaign.