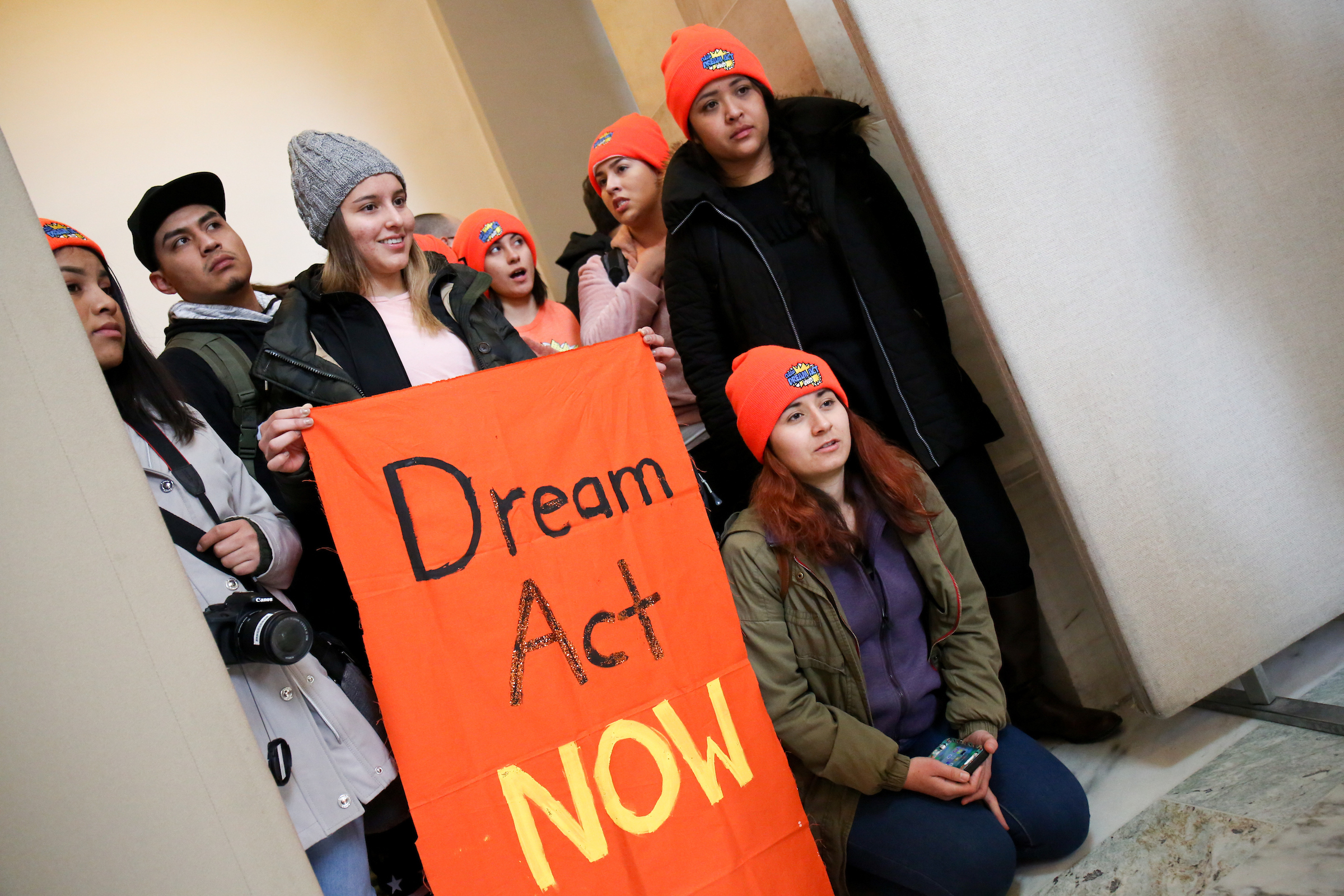 We, the undersigned national, state, and local education, civil and human rights, LGBTQ+, labor, national security, faith, grassroots, and immigrants’ rights organizations, write to express our support for the American Dream and Promise Act as it goes before the House Judiciary Committee for markup. The legisl ation w ould put immigrant youth known as Dreamers and long - time beneficiaries of Temporary Protected Status (TPS) and Deferred Enforced Departure (DED) on a roadmap to citizenship

Over the past two years, the Trump administration has taken steps to end Deferre d Action for Childhood Arrivals (DACA) and strip status from nearly every individual with TPS and all of those with DED. Only a small number of preliminary injunctions prevent these individuals from facing the prospect of detention and deportation. The administration’s actions are inflicting enormous pain and uncertainty on more than a million people — not to mention their families and their communities who face an impending separation crisis.

These individuals live in every state and every congressional district. They are our classmates and our teachers, our coworkers and our employers. They worship with us and help to keep us safe. They contribute to our great nation in myriad ways. The average DACA recipient came to the country at age six, while the averag e TPS holder has been in the country for 22 years. Between them, they have nearly 500,000 U.S. citizen children, not to mention many hundreds of thousands more U.S. citizen parents, spouses, and siblings, all of whom are suffering already and will suffer s till more if the Trump administration is successful in ending their protections.

Dreamers and beneficiaries of TPS and DED also are vital to the economic health of our nation: They work in a range of critical industries, from construction — particularly in states such as Texas, California, Florida, Virginia, and North Carolina that are still recovering from natural disasters — to child care, to health care, to education, and more. Many work for Fortune 500 companies or have started their own businesses, creati ng jobs and economic opportunities for their fellow Americans. They pay billions of dollars in federal, state, and local taxes each year.

And while court rulings have allowed current DACA beneficiaries, and TPS holders from El Salvador, Haiti, Honduras, Nepal, Nicaragua, and Sudan, the opportunity to maintain protections for now, the Trump administration is fighting back aggressively. These court injunctions also offer no relief to Dreamers who were eligible for DACA, or would have aged into DACA, but wer e locked out of the program when the Trump administration ended it, or to TPS holders from countries not now covered by the preliminary court orders. Moreover, just 3 days before Liberians with DED who have lived and worked in the United States lawfully si nce at least 2002 — and many for far longer — were going to lose their status and find themselves vulnerable to being ripped from their families and communities, detained and deported, the Trump administration announced a one - year reprieve.

There are many parts of the immigration system that urgently need fixing, but protecting Dreamers and beneficiaries of TPS and DED cannot wait. It is long past time to recognize that these individuals are part of the American family and merit protection from deportation, pe rmanent status, and a path to eventual citizenship. They and their families and communities at long last deserve the peace of mind to be able to plan ahead and make a better life that others take for granted. We stand ready to work with you to quickly pass this common - sense legislation.