Congregation Albert in Albuquerque is the oldest Reform Jewish congregation in New Mexico. As a past board member and an engaged member of my congregation, I had the distinct honor of working with a group of volunteers in the Albuquerque Jewish community, providing direct services to asylum seekers passing through our city on the way to their sponsors’ homes.

As one of five faith-based organizations, we responded to a call from our mayor to be a host site that would accept busloads of asylum seekers needing clothing, food, hygiene products, medical care and shelter.

As the need for help was so great and emergent, we ended up accepting our first bus only three days after agreeing to do so. That meant that we had to find a hotel that could house 50 people, solicit donations, engage a group of volunteers -- some of whom needed to have special skills like speaking Spanish or being a medical professional --  collect and sort clothing and hygiene products, arrange for meals, and figure out systems to help people contact their sponsors and arrange for travel to their homes. It was four days of perhaps the most organized chaos any of us had ever experienced. But we got it done and we kept on going.

Ten days later, our second bus arrived. We knew by then that each busload cost approximately $5,000-$6,000 and upwards of 184 volunteer hours of service. Our work became easier and our systems became more defined with each bus. What didn’t change were the stories from our guests of absolute desperation, of people fleeing their own land rife with danger, violence, and abject poverty. For many of us, seeing the children and adults who came to us with such fear and humiliation on their faces transform into a sense of safety and even some smiles, was the reward we all craved, knowing that what we were doing was sacred work. 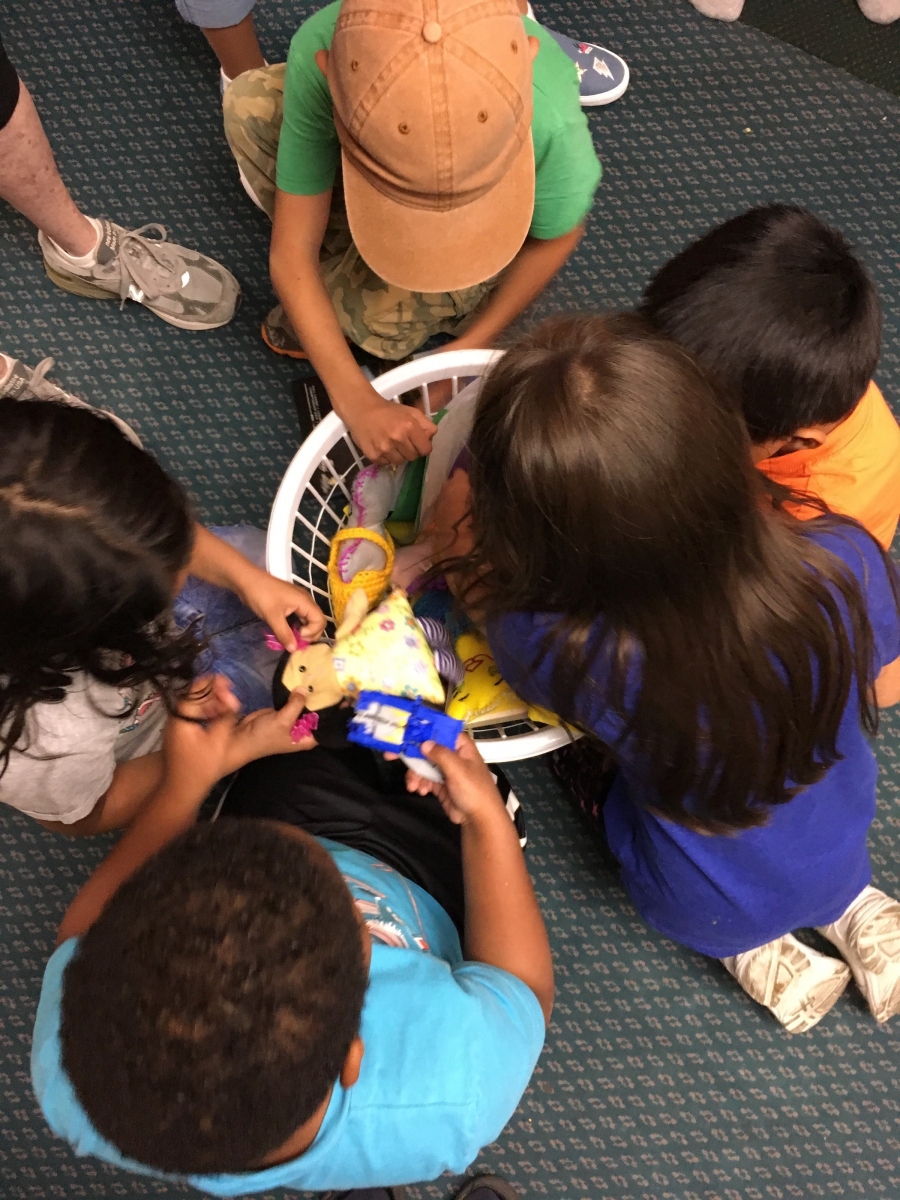 From March to July of 2019, we accepted seven buses, funded entirely by donations from the Albuquerque Jewish community, as well as two other congregations: Temple-Israel in West Bloomfield, Michigan and Temple Beth-Ami in Rockville, Maryland. A group of team leads, including my daughter and myself acting as co-site coordinators, helped complete 184+ hours of direct service, fund-raising, supply gathering, volunteer recruitment, and other necessary work. The five faith-based organizations also formed a council that met weekly to share ideas for best practices, shared funding and other collaborative efforts, including meeting with local and state government officials to address the bigger picture of comprehensive immigration reform.

Congregation Albert, like many other Reform congregations, is part of a larger community working to help others. It is very rare that a project encompasses and unites branches of Jewish communities in the ways in which this work did. Members from different Jewish movements collaborated and engaged in meaningful dialogue and more importantly, direct action. Our efforts were supported by other groups both from within our city and state, and from Reform congregations in other parts of the country. Under the leadership of Congregation Albert, members of Temple Nahalat Shalom, local Chavurot, and Hadassah formed a partnership and called ourselves the JASI (Jewish Asylum Seekers Initiative).

Although asylum seekers are no longer being permitted to enter the United States as a result of the “Remain in Mexico” policy as well as other recent policy changes, we have formed a smaller group of volunteers who meet regularly. We are working with several different shelters in Juarez, Mexico where there are estimated to be 40,000 asylum seekers waiting for their cases to be heard. Since there was little to no warning, these shelters were ill-prepared to provide the types of services needed. Our JASI group has arranged for the transport of dry-goods, clothing, diapers, and hygiene products to several of the shelters now operating in Mexico. We purchased a refrigerator and paid for a year’s worth of internet services for a shelter, whom we also provided two laptop computers. These items are necessary for legal representatives to work with the asylum seekers at their various locations.

We will continue this work for as long as we can in the hopes that all those who come to our borders can know the humanity and peace that they deserve.

Jessica Corley is a JASI Site Coordinator and is a member of Congregation Albert.