Reform Jews across the United States held vigils for immigrant rights on Tisha B’Av Sunday, with hundreds of Jews and allies showing up at events in Washington, D.C., Los Angeles, New York City, Cleveland, Chicago, and at more than 60 sites across the country.

The vigils, which were organized and promoted by a Jewish coalition including the RAC, T’ruah, NCJW, Bend the Arc, HIAS and J Street, generated significant media coverage and demonstrated the urgency with which American Jews view the issue of immigrant justice.

As the Washington Post put it in coverage of the D.C. event:

Members of the Jewish community typically observe Tisha B’Av, the annual day of mourning, by fasting, reading from the book of lamentations and going to temple. But on Sunday, more than 250 Jews from the Washington region spent the day under the searing afternoon sun at Lafayette Square, across from the White House, protesting the Trump administration’s immigration policies …

They were joined by thousands more across the country who attended similar protests in Los Angeles, Philadelphia and 60 other locations — the latest manifestations of a growing wave of activism among Jews opposed to the Trump administration’s immigration policies, which some argue are reminiscent of the way Jewish people have been treated in the past. 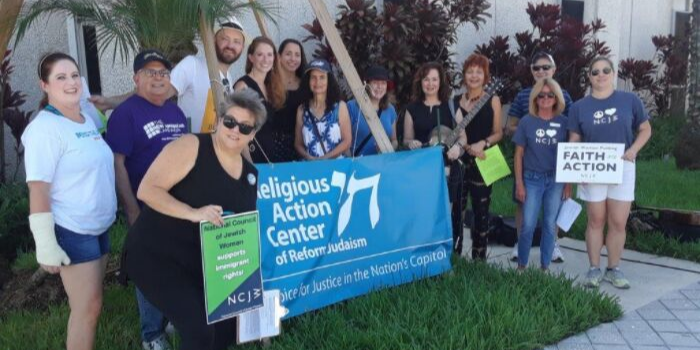 In Washington, D.C., Rabbi Esther Lederman, who spoke on behalf of the Union for Reform Judaism, led a chant of “Close! The! Camps!” before ending the vigil with a call to action:

“We are not naïve but neither do we live without hope,” Rabbi Lederman told the crowd. “Call your members of Congress ... tell them to use their power to act to close the camps, to stop treating asylum seekers as criminals, to defund ICE and Customs and Border Protection.”

The Reform Movement has been active on immigration justice for months, including protests against the operation of Homestead child detention center in Florida – which closed earlier this month– and URJ President Rabbi Rick Jacob’s trip to El Paso, Texas, and Juarez, Mexico, for a series of immigration-related events. 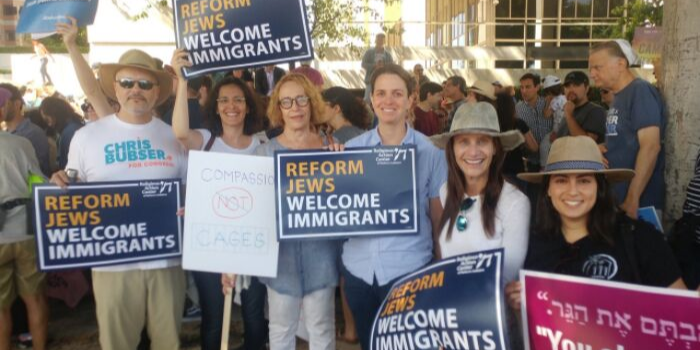 You can plug into all our immigration work at rac.org/Kraus, get involved in your community at rac.org/5ways, and sign our letter asking Congress to defund ICE and CBP and rac.org/ICE.