Since the establishment of the Presidential Advisory Commission on Election Integrity led by Vice President Pence and Kansas Secretary of State Kris Kobach, Republicans and Democrats have questioned the commission’s true purpose. Recently Secretary of State Kobach and the commission sent a letter to each state requesting full names of registered voters, date of birth, party registration, voting history, and the last four digits of their Social Security numbers. Upon receiving the letter, only six states announced they would send all information requested. The other 44 states made the choice not to fully comply with the commission’s request: many argue that doing so would violate the privacy of voters and lay the foundation for widespread voter suppression.

Instead of addressing the far more prevalent issues in American elections such as the disenfranchisement of the marginalized, the Commission seems to focus on justifying false claims of voter fraud. The people have the right to know specifically what all of their information will be used for.

Many politicians on all levels of government believe the commissions’ current level of transparency is disheartening. In the words of New Mexico’s Secretary of State Maggie Toulouse Oliver: “I will not release any other voter information like names, addresses or voting history unless and until I am convinced the information will not be used for nefarious or unlawful purposes, and only if I am provided a clear plan for how it will be secured.”  Rabbi Yitzhak teaches us, “A ruler is not to be appointed unless the community is first consulted” (Babylonian Talmud Berachot 55a). Violating countless state statutes and the privacy of voters to acquire information to advance a myth of widespread voter fraud is a useless waste of government resources.

Reports have consistently proven that incidents of voter fraud are approximately between 0.0003 percent and 0.0025 percent, miniscule in influence compared to the impact of gerrymandering, voter ID laws and other forms of voter disenfranchisement. Unlike voter fraud, voter restrictions for people of color, the destitute, and disabled unfortunately are all too real in our elections.

As a result of Shelby County v. Holder, your right to vote is increasingly at risk. The Reform Movement stands in strong support of every American’s right to vote without fear of suppression and intimidation.

The commission’s first in-person meeting is on July 19th. We need your help to make sure the members of the commission and Congress hear loud and clear their focus must be on the extension, not the restriction of the vote toward all Americans. Reaffirm your commitment to the pursuance of American values by calling for the passage of the Voting Rights Advancement Act. Fueled by your advocacy, we can ensure every American, regardless of skin color, ability, language of origin, and socioeconomic status feels enabled to vote. Make the VRAA a priority for Congress: contact your representatives and senators today! 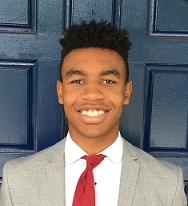 Hamilton Brooks is a rising senior at the Potomac School and is interning at the RAC this summer.