Should Jewish Health Professionals be involved in the Current Health Care Debate?

Should Jewish Health Professionals be involved in the Current Health Care Debate?

First, some Jewish background. It is not surprising that Judaism provides a vision, not a detailed set of specifications, on health care. From one perspective, Leviticus 19:16 states, “You shall not stand idly by while your friend’s blood is being shed”. At the same time, the Talmud states: “if I jump into a river to save someone and lose my shirt, then I can subsequently charge them for my losses incurred through the act of kindness.”

As an internist in a practice serving primarily low income populations, I continually attempt to thread the needle between communal responsibilities and the need for individuals to care for themselves in whichever way they can. Before 2006, I regularly had patients, such as the patient  that went to the emergency room for a headache and was told she needed to take medication for her high blood pressure, couldn’t afford the medication, subsequently had a stroke, became disabled and only was then eligible for Medicaid. What happened in 2006? The Republican governor of Massachusetts (Mitt Romney) led the passage of health reform legislation and today less than 3% of Massachusetts residents do not have health insurance!

In March of 2010, the federal government passed, in many ways, a national version of Romneycare, the Patient Protection and Affordable Care Act (ACA). What has happened since the passage of the ACA? Most importantly, 23 million human beings now have health insurance – which means that we all, as taxpayers and as Jews, have saved a life. Let’s not forget, when I saw the patient of mine with a stroke who couldn’t afford medicine to control her blood pressure, I never saw those who died because they couldn’t afford health insurance. We know the Jewish dictum, you save one life you save the world.

And here is the question that we as Jewish health professionals need to consider: how to best protect the tens of millions of people who you, through your taxes and your own generous actions have saved lives via their newly acquired health insurance. My own feeling is that right now, whatever your point of view on what to do about the ACA, you have a responsibility as a health professional and a Jew to weigh in and call your Senator in the coming week; write an op-ed; work with your rabbi to have a meeting with your Senators staff and tell them, with the projected loss of health insurance coverage, that lives will be lost if the current House bill is passed. Now is the time! 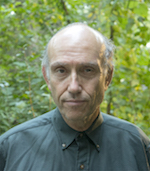 Norbert I. Goldfield, M.D. A practicing physician, Dr. Goldfield also works as a medical director for a private health care research group, developing tools linking payment for health careservices to improved health care quality. He edits a peer reviewed medical journal, the Journal of Ambulatory Care Management, and has published more than fifty books and articles on a wide range of health care issues. Dr. Goldfield is also the Founder/Executive director of Healing Across the Divides (www.healingdivides.org), a thirteen year old organization focusing on peace-building through health in the Israeli-Palestinian conflict. He has served as president of his synagogue and currently serves on the board.