Walking on holy ground. That’s what Pastor Rosemary Sanchez-Guzman called it. She wasn’t speaking about the physical act of walking. She was talking about the act of listening—listening to the stories of people who have fled a host of dangerous conditions in Central America and crossed, illegally, into the United States.

The pastor’s audience was a group of 15 teenagers from Beth Emet Synagogue in Evanston, Illinois, spending their spring break learning about immigration on America’s southern border. When she spoke of walking on holy ground, “Pastora,” as our teens came to know her, wanted to impress upon them the significance—the sanctity—of listening. And her audience got the message. They sat in rapt attention, leaning in, as a man who had arrived in the United States with his five-year old son began to recount, in Spanish, the story of his harrowing journey to the U.S., much of it on foot, across multiple national borders. The man also spoke of what it meant, after several weeks without a full night’s sleep, to experience the hospitality of Cristo Rey Lutheran Church, Pastora’s humble church in El Paso, Texas, which has taken on the housing of refugees as a central part of its mission.

We also heard from a man whose family fled northward with the help of coyotes, or smugglers. After an arduous journey, they were detained in El Paso in inhumane conditions until they were granted an asylum hearing date and permitted to leave the detention center.

These were just two of the stories we heard during our five days in El Paso. Our time at the border was part of a year-long program, led by Beth Emet Youth Director Abby Backer, about immigration through a Jewish lens. To truly and honestly confront the immigrant and refugee experience, she reasoned, we needed to visit the U.S.-Mexico border ourselves. She was right.

During our stay, we lived with refugees in the church, sharing meals, prayers and—through translation—stories. We visited the district court in Las Cruces, New Mexico, traveled across the border to Juarez, Mexico, and had conversations with US border patrolmen, representatives of the American Civil Liberties Union, immigrant and refugee services professionals, and an immigration attorney, among others.

We learned how undocumented immigrants are at the mercy of employers who can withhold pay or overwork or abuse them, knowing that those without legal working papers will hesitate to report any abuse for fear of deportation. Because of our broken immigration system, undocumented immigrants often live in the shadows without basic protections.

Although many undocumented immigrants and refugees live in our hometown (including a Syrian family that our congregation is sponsoring), none of us will forget the experience of being immersed for a week in a border town that is at the center of the storm, living in a church that has made it its mission to care for asylum seekers, and hearing personal stories of trauma night after night. The words of Leviticus 19:33-34 rang in our ears: “When a stranger resides with you in your land, you shall do them no wrong. The stranger shall be treated as the native born, and you shall love the stranger as you love yourself, for you were strangers in the land of Egypt.”

Our teens returned home energized and determined to make a difference. They are organizing a public rally/prayer vigil to share what they have learned and to challenge our community to become a more welcoming and safer place for undocumented immigrants and refugees. To determine what is most needed, we are working with immigrant rights organizations in our area, as well as the Evanston Interfaith Clergy and Leaders, which has formed a Solidarity Response Team to protect the undocumented.

Through the trip to El Paso, our teens gained not just knowledge, but passion and determination to bring the issues of undocumented immigrants and refugees out of the shadows and into the light. We walked on holy ground in El Paso, and our teens are now asking others to do the same. 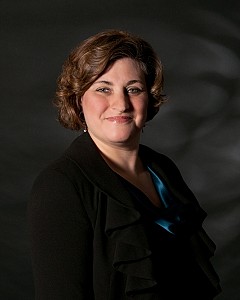 Rabbi Andrea London has served at Beth Emet the Free Synagogue in Evanston, Illinois, since 2000 and was named the congregation’s Senior Rabbi in July 2010. She strives to teach and encourage individuals and communities through contemplative, social, and spiritually based actions.