On Sunday, February 12, HIAS will host a massive Jewish Rally for Refugees in New York City. The action will take place in Battery Park, and at least 1,700 people are expected to attend. The New York rally is part of a National Day of Action for Refugees on February 12, with partner actions happening around the country on the same day.

The executive order implemented the following changes to the refugee resettlement program: 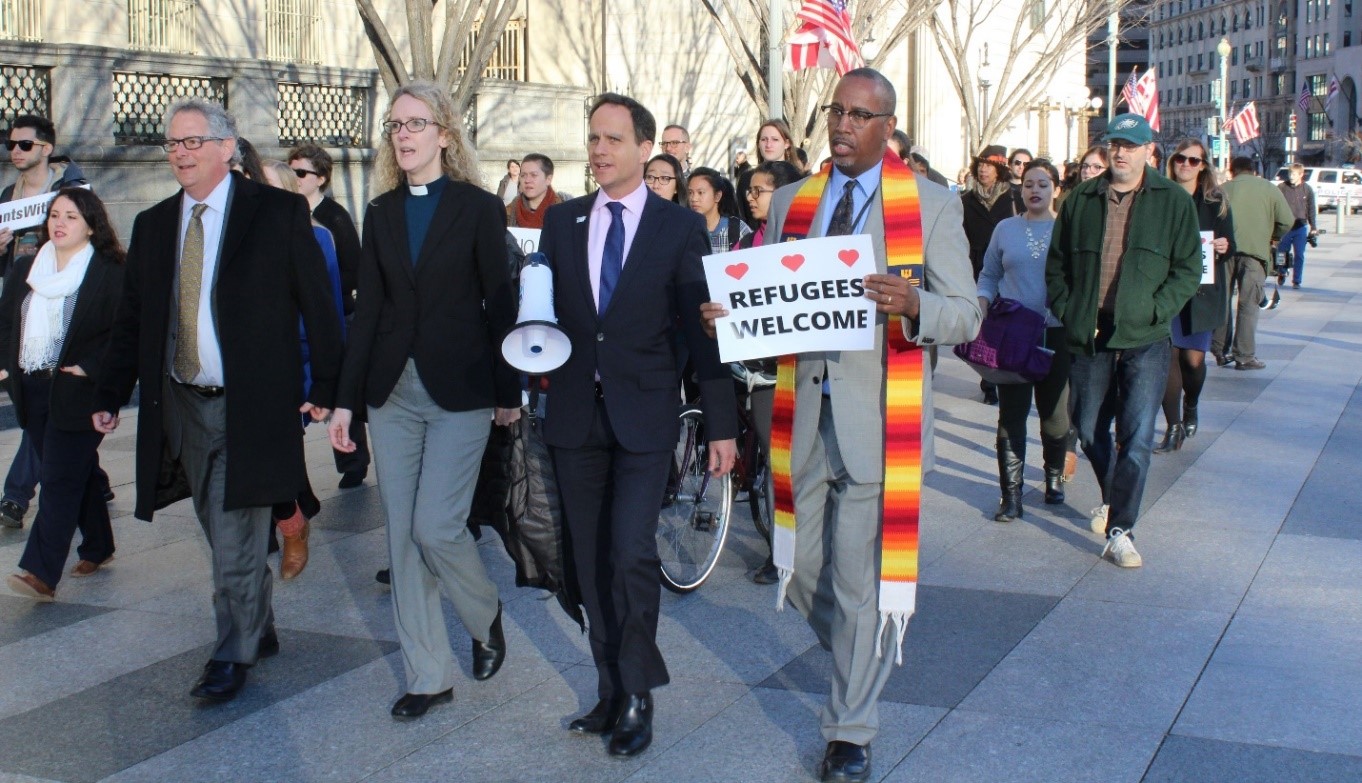 Spontaneous protests erupted around the country immediately following the issuance of the order, with airports being a major flashpoint. In Washington, D.C., Rabbi Jonah Pesner, Director of the Religious Action Center, joined faith leaders in marching to the White House to demand the reversal of the order and to proclaim that refugees are welcome in the United States, regardless of religion or national origin.

The Union for Reform Judaism is proud to join other Reform Jewish institutions including the Central Conference of American Rabbis, Hebrew Union College, and Women of Reform Judaism in co-sponsoring the National Day of Action for Refugees. For the most up to date information on the New York City rally, check the Facebook event page.

If there is not an action in your area as part of the National Day of Action for Refugees, you can still take action by lifting your voice in opposition to  the unjust refugee ban to your elected officials. To learn more about the RAC’s work on refugees, check out the refugees issue page. For the latest updates, be sure to check the RAC’s Urgency of Now Resource Center for regular updates.

Shelby Friedman is a 2016-2017 Eisendrath Legislative Assistant. Shelby is from Dallas, TX, where she is a member of Temple Emanu-El. She graduated from Middlebury College.

View all posts by Shelby Friedman