Climate Displacement: A Different Facet of the Refugee Crisis

Climate Displacement: A Different Facet of the Refugee Crisis

We are currently facing a global climate crisis and global refugee crisis, both very important to address. Yet, these crises are beginning to merge. As climate disruption continues, it will further perpetuate the refugee crisis by cutting off access to necessary resources such as food, land and water. Climate change is no longer an imminent issue that will impact future generations, it is an issue that is impacting people now and must be confronted.

Many scientists agree that climate change is occurring faster than expected and therefore requires immediate and robust action. The end of May marked the 13th consecutive warmest month on record and 370 consecutive months at warmer than average temperatures. Since 2008, an average of 22.5 million people have been displaced each year by climate or weather-related events. In the future, this number is expected to grow considerably, with projection for 50 to 200 million vulnerable people displaced by 2050.

This is not just an international issue, but rather it is impacting people right here in the United States. Over the past century, Louisiana has lost landmass equivalent to the size of Delaware, forcing communities, such as the Native American tribe on the Isle de Jean Charles, to flee before their land and homes are underwater. Furthermore, an Inuit village in Alaska on the island of Sarichef, near drilling sites that further exacerbate climate change, may be forced to flee within the next 10 years due to coastal erosion. 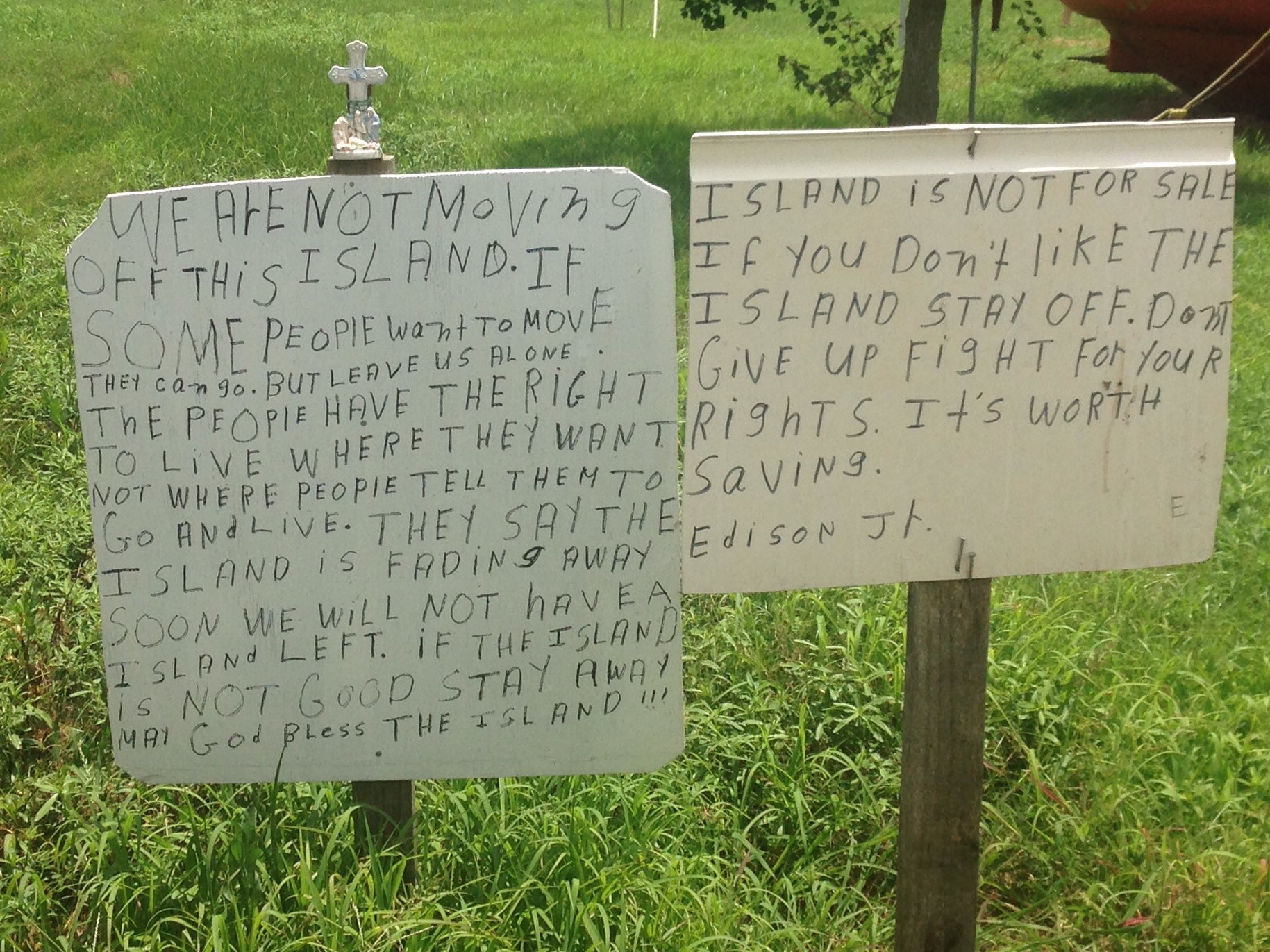 Recently, I had the opportunity to visit Isle de Jean Charles and meet with some of its residents. They shared the changes they have seen to the island as the oil industry has flattened the land with marsh buggies and dredged the canals. The loss of marsh land and expanded canals provides no buffer for the Island from the rising seas and storm surges. Because the island is expected to be underwater in the near future many are facing pressure to leave their homes, most of which are already built on stilts to protect from flooding. One of the most powerful parts of the visit was seeing a sign as we entered the island that said, “The people have the right to live where they want, not where people tell them to go and live.” Although they have been offered an opportunity to relocate with government assistance, their families, homes, livelihood and everything is on this island and therefore they cannot leave knowing they might never be able to return to or see their homes again.

Experts predict that one of the most significant impacts of climate change will be human mobility. In response to this issue, the Paris climate agreement called for the establishment of a “Climate Displacement Task Force” dedicated to designing a measure to “avert, minimize and address displacement related to the adverse effects of climate change.” Hopefully the creation of this task force will encourage governments to work together to both mitigate climate change to avoid displacement and respond to the displacement that is already occurring, especially of vulnerable communities.

In addition to mitigating climate change by reducing our greenhouse gas emissions, there are many actions we can take to reduce the risks of climate displacement through adaptation. The Green Climate Fund was established to help countries adapt to and mitigate the impacts of climate change. It has already begun funding projects to create storm resilient infrastructure, increase access to clean water and provide renewable energy access to those not on the grid. Take action and urge your Members of Congress to support funding for the Green Climate Fund and prevent vulnerable communities from being displaced due to climate change.

View all posts by Rachel Landman