When I was a senior in high school, the question I was asked by family and friends more times than I would like was where I would be attending college next year. For students who are undocumented the question might be different: what will you be doing next year? It’s a small difference, but a noticeable one. Tens of thousands of children who have grown up in this county and have attended and graduated from public schools are stuck, without the opportunity to advance, because the documentation required to apply to college, and more importantly, federal aid, is often out of the grasp of students whose parents brought them to this country when they were small children. Future doctors, lawyers, teachers, and the scientist who will cure cancer are all unable to reach their true potential due to immigration laws that keep children down, not raise them up to achieve the American dream.

The DREAM Act, most recently HR 1751, has been proposed in Congress seven times, failing year after year. Though it has bipartisan support and would help thousands of people by putting more money into the economy, decreasing rates of criminal activity and allowing teenagers to stay in the only country they remember living in, elected officials have continued to vote it down. The DREAM Act’s effects are wide reaching and positive. The Department of Defense endorses it, saying that it will contribute to the military’s recruitment efforts and readiness. Furthermore, the nonpartisan Congressional Budget Office found that in its current form, this law will cut the deficit by 1.4 billion dollars and increase government revenues by 2.3 billion dollars over the next 10 years from the added taxable income; all economically positive effects of a law that would touch thousands.

Living in Arizona, this issue is in the forefront of daily life. Though I have been fortunate enough to have been born in America, I know many who were not. Their contributions are just as valuable, and deserve to be recognized by the government in the country that they call home. Good students, great friends, all with a future stunted merely due to which side of the border on which they were born.

If statistics and the personal stories are not convincing enough, immigration is also a moral issue, and one that people of all faiths should take seriously. The Bible has strong words about immigration, and Leviticus says, “The stranger who resides with you shall be to you as the citizen among you; you shall love the stranger as yourself, for you were strangers in the land of Egypt.” We as Jews and more importantly, as humans, are obliged to welcome the stranger, and to help them find their way, especially when all sides benefit. All of us were welcomed into this country at one point or another; for the DREAMers, maybe the eighth time will be the charm. 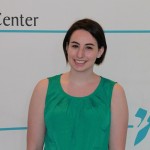 Jenny Swift is an incoming sophomore at Cornell University studying industrial and labor relations. This summer, she is interning at the Center for Responsible Lending. When she is not at school or studying, Jenny enjoys Netflix and rock climbing (even though she’s not that good).