Parashat Ki Teitzei ("When you go out") contains a significant portion of the Torah's laws: no less than 74 mitzvot (out of 613) have been counted as deriving from this parashah.

Building the ideal Israelite society is an overriding concern of this passage. The civil, criminal, and family laws in Deuteronomy address relationships within households, among neighbors, and between the vulnerable in society and those more fortunate. While the laws in Shof’tim, the preceding parashah, address public officials, the laws in this parashah focus on what could be seen as private family matters. The prominence of laws concerning the lesser-loved wife, the punishment of wayward children, and the regulation of sexual behavior indicate that such seemingly private matters concern society as a whole. Public legislation governing these matters demonstrates the concern with building a balanced society in which all individuals are governed by the community and its laws. 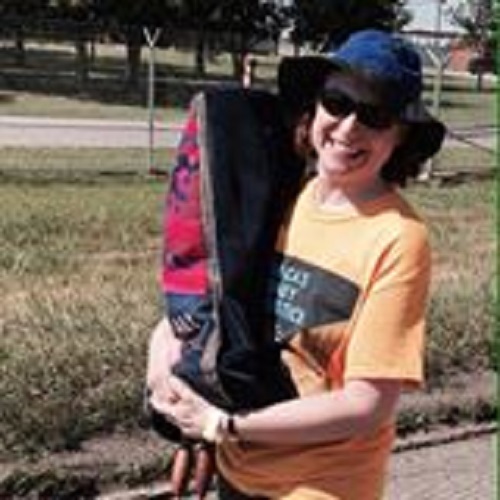 Raising the Minimum Wage Raises Up Us All

Marching in 97 degree heat on the blacktop of the Selma Highway was not easy.  But, I only had to do it for a day.

How I Became an Accidental Chai Mitzvah

On the Sunday morning after Thanksgiving, Rabbi Satz announced that our post-Shacharit bagel-and-coffee conversation would have to move from the boardroom in 15 minutes, unless we wanted to stay to join the new Chai Mitzvah class. My mother and I, being curious women, stayed to join the class of eight.

The topic of that first class was "Adult Rites of Passage," a fitting way to begin since what falls between ages 13 and 113 is part of what Chai Mitzvah addresses, and Chai Mitzvah itself is a new adult rite. That morning, words from the Mishnah resonated with the class, holding up well as a life cycle prescriptive and descriptive in the 21st century: at 15, one should begin study of the Talmud; at 18, the chuppah; at 20, pursuit; at 30, strength; at 40, understanding; at 50, counsel; at 60, old age; at 70, fullness of years; at 80, strength—that one gave us pause until my mother, in her 80th year herself, offered that age means loss, and that dealing with that takes strength. 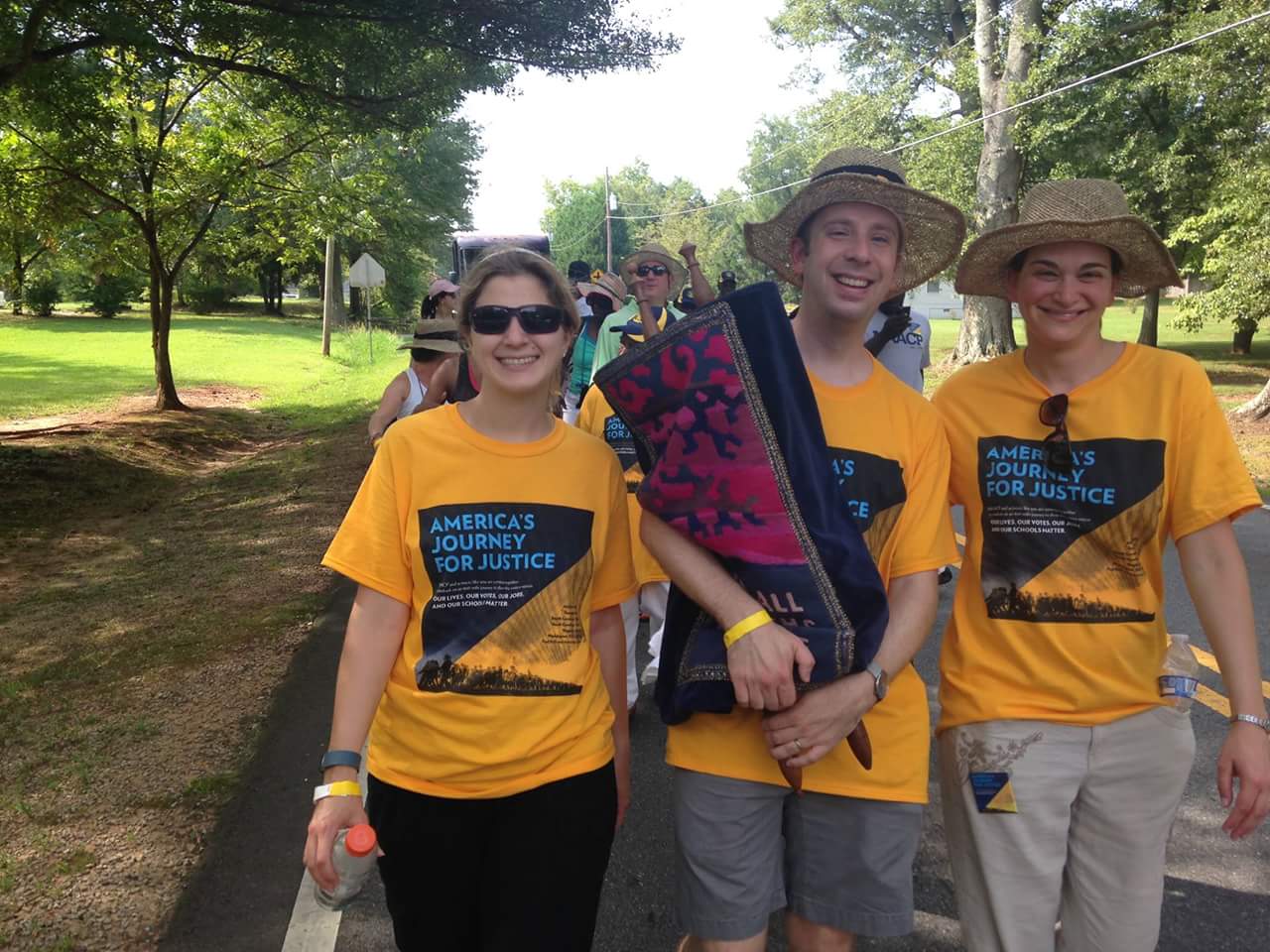 Keep on Walking, Keep on Talking, Marching up to Freedom’s Land

Ain’t gonna let nobody turn us around 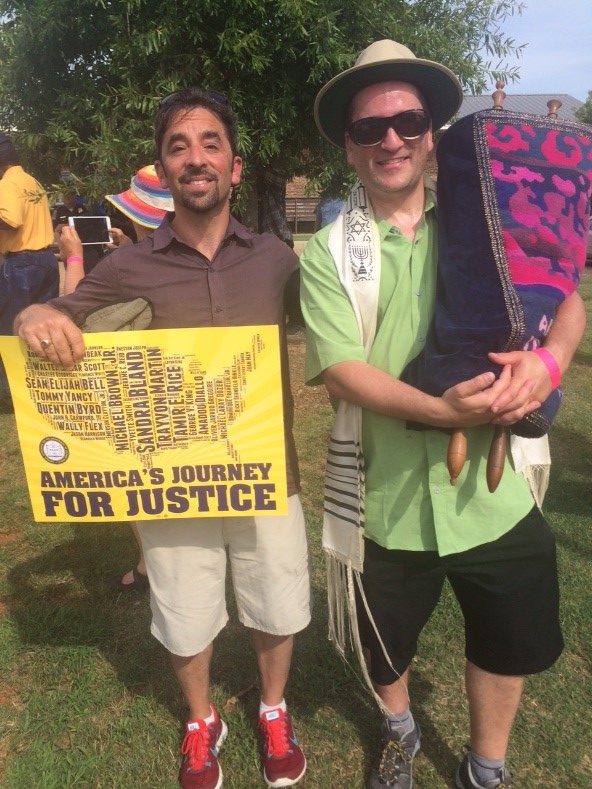 Marching toward a World of Justice

Rabbi Tarfon taught: “You are not required to complete the work, but neither are you at liberty to abstain from it.

“Tzedek, tzedek, tirdof:” this is one of the most famous lines from all Scripture, lines we read this week as part of

Did you ever wonder where the word tzedakah comes from? We have heard it all through our religious school education (the famous “tzedakah box”) and in adulthood but what does it really mean? Typically most think of it as giving charitable donations (this is true to a certain extent) but in the Bible tzedakah means righteous behavior and is easily interchanged with justice.

This week's parashah, Shoftim, deals with exactly that: justice. The parashah, from beginning to end, talks about justice and righteousness. The most memorable line for me is Deuteronomy 16:20, "Justice, justice shall you pursue.” As explained in our own The Torah: A Women’s Commentary, “The repetition of the word tzedek emphasizes that the pursuit of justice is vital to Isrealite society” (1144). The Commentary later explains, when discussing a contemporary reflection of this parashah, that this conclusion is “a procedure to ensure that people do ‘what is right in the sight of God’” (1160). 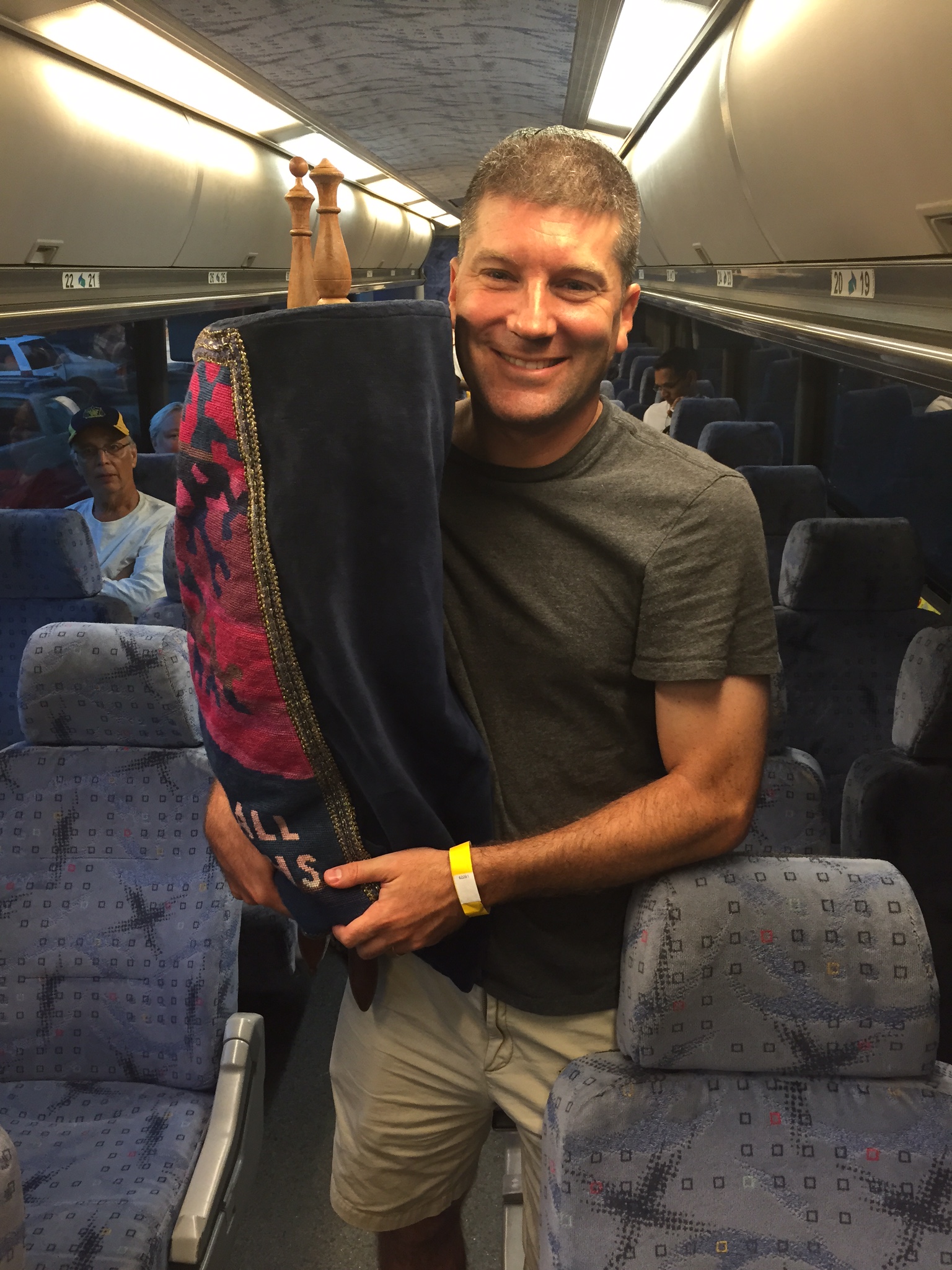 Acknowledging and Transforming our Legacies

As I got off the plane in Atlanta to march in America’s Journey for Justice, I was reminded of the last time I was there. It was earlier this year.

The Call to Californians: Act to End Racial Injustice

When the call came to drop everything and fly cross-country to highlight the racial injustice that still exists in America, nearly 200 Reform rabbis answered.  We put personal and work lives on hold to retrace the steps of Dr. Martin Luther King Jr. from Selma to Montgomery and beyond.

What happens when we #ChangeTheCulture? Lessons from a nation leading on gender equality

This week we are celebrating the WRJ YES (Youth, Education, and Special Projects) Fund with a series of blogs from those who have benefited from the Fund and other WRJ philanthropic efforts. We are proud to build Reform Jewish women leaders within the Reform Movement and beyond.

Sexual assault. We hear about it all the time in the news. As a college student, it’s always being discussed on my campus. I know all the statistics because I’ve heard them so frequently and, like most girls around my age, I am a bit overprotective of my drink at parties, fearful of large groups of unfamiliar men and sometimes worried about walking home alone late at night. But beyond all of these things, I never personally felt a visible problem.

It wasn’t until I went to one of the top five gender equal countries in the world that I finally realized the problem. I spent four months studying abroad in Copenhagen, Denmark and yes, I did many of the typical study abroad things: traveled on the weekends, ate customary foods, drank the local beers, went to bars and tried making friends with locals, spent time discussing in classes and with friends the many cultural difference we felt. Once we got past the amount of bikes on the road and dull colors of clothing, the discussion always returned to the safeness we felt as young women.